From what appears in the series of photographs published on a French website on Monday, Apple is certainly releasing three variants in iPhone 7 series. The photographs show three different phone models with tags – “iPhone 7”, “iPhone 7 Pro”, and “iPhone 7 Plus”. One thing which arrives as a surprise is the presence of S mark on the back of the models. So, are we supposed to anticipate 7S, 7S Plus, and 7S Pro?  We don’t know. Usually, Apple is known to follow a tradition in which it reserves the “S” badge for interim upgrades. So, the iPhone models in the images with markings lead to suspicion whether it’s true. In September 2015, Apple released iPhone 6S and iPhone 6S Plus. Releasing the upcoming models with the “S” badge again would probably stir the confusion. 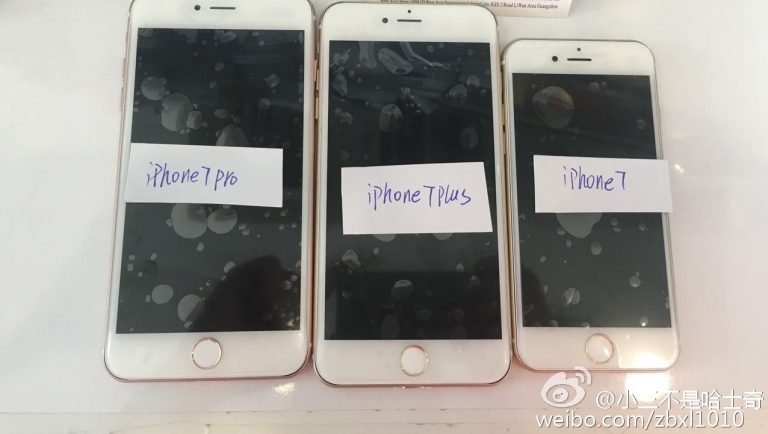 There are hardly two months left for iPhone 7 release. We’ve got bundles of pictures floating around the internet of rumored iPhone models. While some of the pictures out of these showcase real iPhone 7 specs and parts, there are others, which feature dummy models offered by case manufacturers.

These dummy units are more than just the sources for iPhone 7 rumors. These accurately demonstrate what all we can expect in the upcoming lineup. Sure, it’s not reliable always because they’re framed based on early leaks, third-party data, and rumors.

Previously, we gave you a glimpse into what iPhone Pro might look like. We sourced from French website Nowhereelse.Fr, which has been a relevant and reliable source for years. 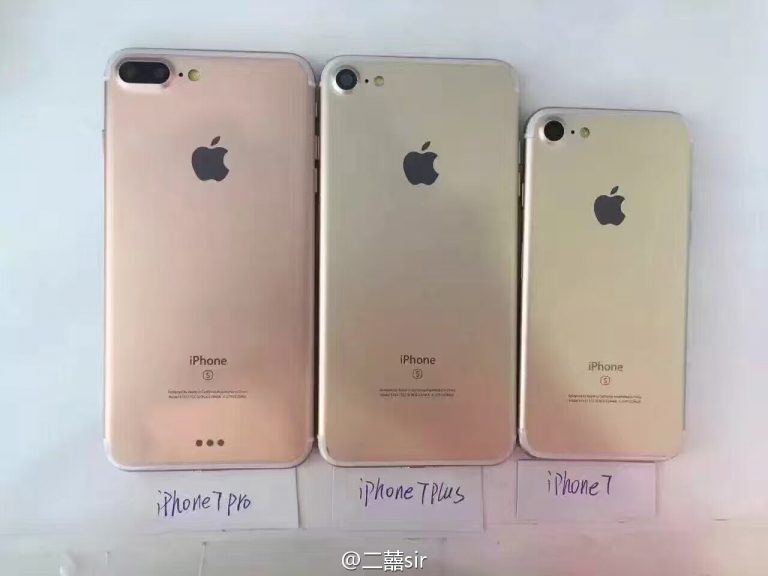 Judging from the heavy iPhone 7 rumors doing rounds, the iPhone 7 Pro will feature a smart connector and dual-lens camera. If you take a closer look at the picture, you’ll notice the same on the back of Pro model. Although, it’s possible that both the smart connector and dual-lens camera might arrive attached with “Plus” model instead of Pro, considering no official word from Apple in the favor of the latter.

The new iPhone models are expected to start shipping this fall. The date will presumably fall during Apple’s regular launch window in September. According to iPhone 7 rumors, the new iPhones will take a leap on 32GB for entry level storage, top end capacity will probably reach 256GB from 128GB, and the models will lose 3.5mm headphone jack.

Apart from these factors, Apple iPhone 7 series are rumored to be sporting an A10 processor along with enhanced water resistance feature.

The company is in dire need of a hit smartphone if it plans to bounce back in the market. It has been already proved that Samsung’s S7 has nothing to do with Apple’s declining iPhone sales, but still. Apple needs to buckle up.

So what is your pick? Eventually, all are going to be the same with a minimal amount of variations. You can read more about iPhone Pro, iPhone 7, and iPhone 7 Plus here.