Tech company iRobot is announcing its most significant software upgrade to the robot vacuum cleaners since the company’s foundation 30 years back: a new AI-powered platform named the iRobot Genius Home Intelligence. As iRobot CEO Colin Angle states, it is the ‘It’s a lobotomy and replacement of the intelligence systems across all robots. Imagine you had a cleaning person who arrives at your home but can’t talk with them,” he says. “You cannot tell them when to show up and where to clean. This would make you too frustrated! Its the same thing that happens with the robots.”

According to Angle, this is what the earlier robot vacuum cleaners like. Users would press a button, and the robots did the job, for better or worse. With AI in robots, users can be more specific about what exactly they want. “Autonomy does not equal intelligence,” he says. “We need to collaborate for productivity.” 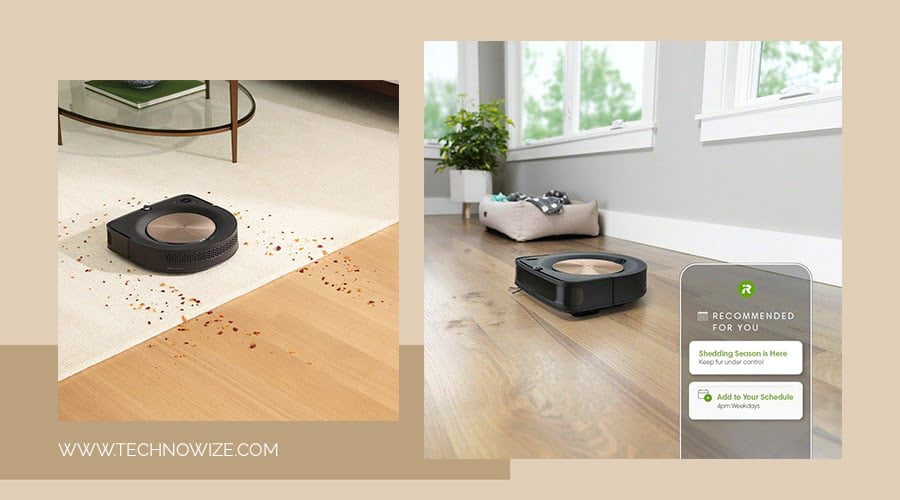 The new upgrade is an integral part of how iRobot company develops its products. As the robovacs became commodity goods and were mainly available for vendors, iRobot wants to climb higher the value chain. It wanted to be different than its lower-tier rivals with sophisticated and upgraded software available at all times.

The company is threading this road for some time, adding skills and upgrades to robots like mapping feature in robot back in 2018. This allows the compatible Roombas to create a map of the home, which the users can label like specific rooms and then direct the robots to clean that particular room on demand. The Home Intelligence upgrade, which also includes a redesign of the iRobot app, will enable more specific detailed spot-cleaning features. As per iRobot, this is what people want when they are in the present situation, stuck indoors and more likely to notice small messes across their home.

The Roombas will not only map homes but will also use machine vision and built-in cameras to identify specific furniture in the house and clean them. As the robot goes on logging the objects, it will also make suggestions to the user to add them to the internal map as “clean zones”. The ‘clean zones’ refer to the specific areas in a house that users can direct the Roomba to clean, either through the app or through a connected digital assistant like Alexa.

To create machine vision algorithms, iRobot collected millions of images from inside the employees’ homes, to learn and understand what furniture looks like when you’re going to and fro the floor. “When the robot is collecting the data, there will be a bright green sticker on, so that the user doesn’t forget and start wandering around without any pants,” says Angle. He stated that the company’s fleet of data collecting vehicles and devices is “probably second only to Tesla’s.” A range of new upgraded features will also support this functionality. In addition to the “clean zones,” Roombas will also identify “keep out zones.” Suppose a robot keeps on getting entangled in cables under the TV stand, it’ll then suggest to users to mark this area as a ‘keep out zone’ to avoid in the future.

There will also be an event-based automation feature. If a user wants the Roomba to do a quick vacuum clean up when they aren’t at home, they can connect the app to an August smart lock or a location service like Life360. As soon as the user walks out, the Roomba will start cleaning. Other additional new features include the customizable pre-set cleaning routines, cleaning schedules that are prioritized on users’ usage, and the seasonal cleaning schedules like frequent vacuuming when a pet is shedding or during its allergy season.

These features, however, won’t be available on every Roomba. Only the ones that support mapping features will have the ability to set up specific zones and suggest new cleaning schedules. Other features like event-based automation and the cleaning routines will be available to all Wi-Fi connected Roombas.

A significant challenge for iRobot company when offering more control and customization is about user’s privacy and data collection. When Roombas first started mapping homes, there was a brief scare that it might leak and sell the private data. A misunderstanding and misquotation caused this scare. Angle is keen to reassure all its customers that their data is fully secured and private. Any images that the iRobot’s vacuums capture never leaves the device and are not stored for more than a few seconds. Instead, the images are immediately converted into abstract maps. The company has encrypted the robot’s software, making it tough to hack. Angle stated that even if an attacker does break into a customer’s Roomba device, they won’t find anything of interest.

Braava Jet; Your Very Own Robo-Maid