So we’ve heard edgeless display is coming to the iPhone 8 as a part of major design renovation but is it worth the hype? Apple CEO Tim Cook has planned major upgrades related to the design for iPhone 8 arriving in 2017. The upcoming year marks the original iPhone’s tenth anniversary. As per the iPhone 8 rumors, the upgrades could possibly include embedded fingerprint sensor in display thus eliminating the home screen button, OLED screen, and an edge-to-edge OLED. The all-glass model of iPhone is a spectacular concept to be implemented by Apple in the upcoming anniversary device, but the edgeless display doesn’t really sound like some major sort of innovation. Samsung has the similar feature right since the day it introduced the Galaxy S6 Edge models in 2015. 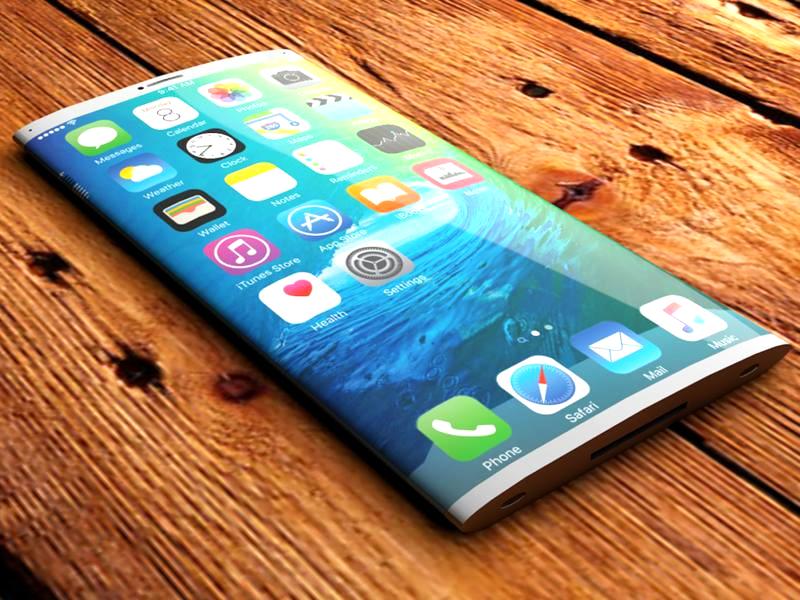 Even before the rumors for the upcoming iPhone 7 began surfacing the internet, iPhone 8 rumors started flooding the Internet. Of course, we understand the reason behind the excitement. The iPhone’s tenth anniversary falls in accordance with the iPhone 8 release year.

Initially, the iPhone 7 was supposed to feature edgeless display, but the models of this year aren’t ready for a dramatic change in the model. So going by the news, it was confirmed that iPhone 8 would arrive in an edgeless and curved screen.

A good announcement, but don’t you feel it reminds you of something? Doesn’t ring a bell? Try again. Does the name Samsung Galaxy S7 click well with the announcement? Sure, it does. The concept is similar to none other than iPhone’s fiercest rival – Samsung Galaxy S7. The S7 proved to be one the most revolutionary and greatest hit for the South Korean tech giant. The waterproof and dirt-resistant feature, camera, software, and hardware among other major upgrades are what we can term as a revolutionary innovation.

Ditching home button, introducing fingerprint sensor, curved screens, and OLED display is not what we regard as revolutionary items, Mr. Cook. Apple’s legacy is known for its products that transformed the entire industry. The iPod, iPhone, iPad, and MacBook, are the examples of mind-blowing launches. Those are the level of expectations, which we have from Apple.

If we follow the predictions of analysts and the tech-savvy public, iPhone 7 is not going to be a major hit. In fact, iPhone 7 is going to have a tough time dealing with growing popularity of Android with devices like Samsung Galaxy S7 on its way. Also, Samsung is gearing up for its major launches yet again. In order to beat the competition, Apple needs powerful factors. Otherwise, why would anyone spend so much of money in Apple’s smartphone, which is almost similar to Android devices available at lower prices than iPhone?

Let’s see what Apple CEO has reserved for us. Apple is known for innovation and at present, it’s badly in need of one.