Is the Apple Watch getting a camera?

There’s a lot of speculation that the Apple Watch is getting a camera soon. The rumors started when Apple filed a patent for a “smart watch” with a camera embedded in it. The patent was originally published back in 2019, so why are we hearing about it now? Well, the patent was not granted until some time this year — and then it was only granted to Apple. So even though it’s been around for a while, it hasn’t been available to the public until just recently.

The reason we’re seeing all these rumors about an Apple Watch camera now is because there have been lots of reports about PatentlyApple. With sketches of what the watch could look like and more, many people wonder if Apple will really produce a camera on the Apple Watch.

The idea is that this would allow users to take selfies from their wrist rather than having to reach into their pocket for their phone. This would make it easier for people who are exercising or doing other activities that would make pulling out their phone difficult or dangerous. 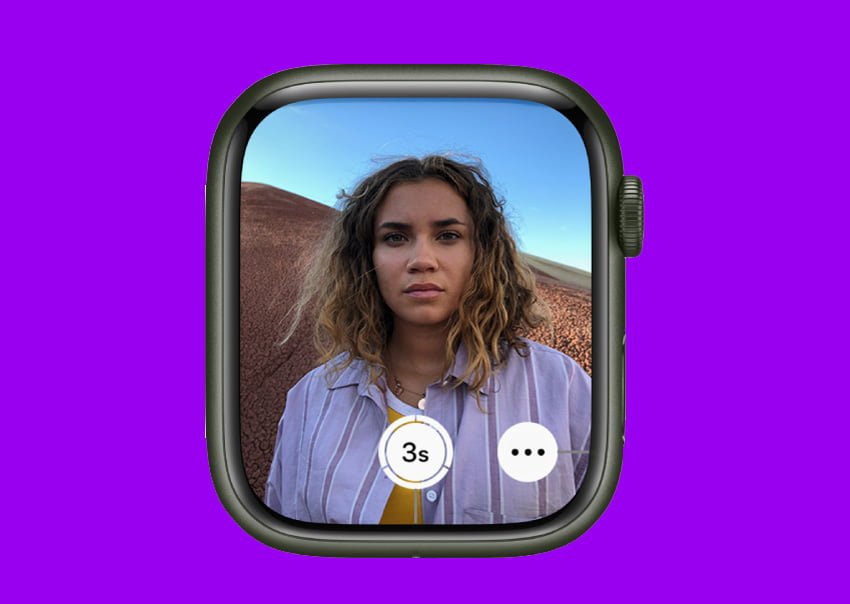 Other companies have already tried adding cameras to smartwatches — including Samsung and LG — but these products haven’t been very successful so far, largely because they weren’t very good at taking pictures or videos.

The Apple Watch is already a pretty powerful device. It can track your heart rate, your steps, and even tell you when you’re getting close to your daily calorie goal. But there’s one thing it can’t do — take photos.

Now, a new report suggests that the watch could soon be able to snap photos with the iWatch camera. If true, this would be a pretty big deal for photographers and people who like taking pictures on a regular basis. This would mean that instead of having to pull out their phone every time they want to take a quick photo, they could simply use their iWatch camera.

However, it’s important to note that this wristcam Apple Watch feature isn’t currently part of any official release notes from Apple and they are mere speculation.

The patent described how the watch might look and how users would use it. Firstly, the Apple Watch camera will be built into the crown of the watch, which is seen at the side. This camera would also come with an integrated light emitter, which helps to produce flashes to add more light to a user’s pictures, especially if the environment is quite dark.

The issue with this is that it might seem really weird to point out your wrist to take some shots of a thing, a person, or a place that doesn’t sit right with a lot of people. However, it seems Apple is already ahead of us in solving this problem regarding the iWatch camera. The sketches from the patent show that users might be able to remove the watch itself from the wrist band and take the pictures more comfortably without looking weird.

These speculations about the iWatch camera could come to pass or maybe not. However, with Apple winning this patent, it seems the tech giant might be heavily considering surprising its users with a watch camera. We might just have to wait and see how it all plays out.

Rumor has it that the Apple Watch might be getting a camera. The Apple Watch has been around for a few years now, and we’re still stuck with no camera. But the idea of one seems a little awkward to use when you’re trying to take photos of something really cool.