Cyber is increasingly cutting across every industry globally. The automobile industry, for instance, is among the latest commercial sectors that recently joined the list of businesses fueling the exponential growth in cybersecurity need. “Because there is never a permanent solution, cyber is a never-ending business,” said Israel’s Prime Minister Benjamin Netanyahu at CyberTech Conference 2017 in Tel Aviv. “A few years ago I set the goal for Israel of becoming one of the top five cybersecurity powers in the world. It’s a goal we have met. Today, Israel receives roughly one-fifth of the world’s global private investment in cybersecurity,” he added.

Cybersecurity industry has largely been transformed in recent years, with Israeli startups remarkably contributing a huge quota. A 2018 cyber defenders report by CB Insights shows that Israel claimed the second largest cybersecurity global deal share between 2013 and 2017, behind the US. The UK was third on the list, followed by Canada before China. Israel has become a significant powerhouse in the cyber realm, assisting smaller nations such as Singapore and collaborating with super-powers at the heart of the cybersecurity industry.

A CyberMap released by an Israeli seed-focused venture fund YL Ventures in June revealed that Israel has hundreds of cybersecurity startups across the different cyber defense categories. In 2016, Israel’s main export segment through cybersecurity solutions generated around $6.5 billion. And the nation’s startups raised a total of $689 million in overall funding the same year. Israel holds over 10% of all global cybersecurity investments. As of June 30, 2017, Israeli cybersecurity startups had already raised $434 million in funding before closing the year with a total of $815 million, a figure largely expected to increase in the coming years. 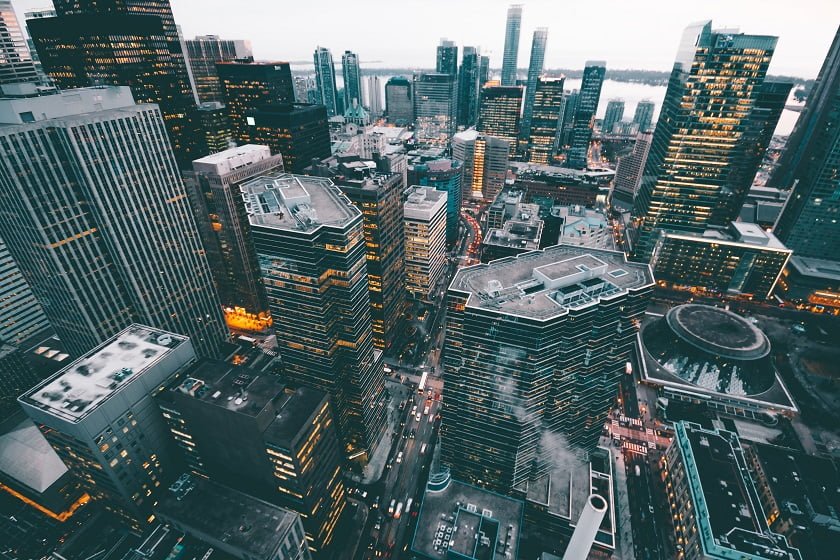 But what is the secret behind Israel’s cyber supremacy? “Israel developed creativity to compensate for its lack of resources,” Alon Ben-David, an Israeli Journalist and Defense correspondent told HBO. “It’s a country that needs to conduct constant surveillance on the neighbors. It’s a country which is under a constant annihilation threat by other nations. Israel understands that going into wars and launching massive military operations bears almost unbearable prices; loss of lives in terms of economic cost, international legitimacy. Cyber is the right answer for many things that Israel needed to do.” Hence, Israel’s unique geography, politics, and economics are all fueling the nation’s position as the world’s cybersecurity lab.

A rise in cyber threats some years ago led to Netanyahu’s search for a lasting solution such an operational structure that will resolve these tensions. That vision gave birth to an ecosystem established to handle unpredicted cyber threats. The ecosystem is a constantly evolving framework that supports collaboration between the Israeli government, universities, and businesses, with the government leading the platform.

Cybersecurity development in Israel was facilitated by some unique policies and programs established by the government. They include the following.

Israel has amazing experts in cybersecurity due to its policy of hiring and exposing its young citizens to the highly advanced methodologies and the state of cyber anthropology. These young people, who are usually at the age of 18, are provided with specialized training. That enables them to develop in various unique areas based on their individual capabilities before they are 24 when they usually become private consultants in cybersecurity. But the recruitment process even starts much earlier than this age. 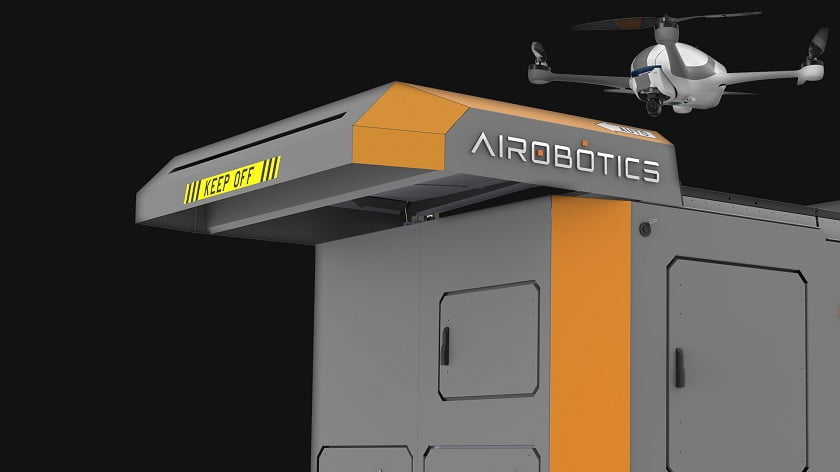 In 2013, Israel ministry of defense created a national program – after-school cyber classes for high school students. These classes have since become a feeder program for the different Israel cyber units.

“The person I’m looking for is a young person with a higher cognition than other teenagers,” a recruiter for one of the Israeli cyber unit who could not reveal her identity due to security clearance told HBO. I’m looking for “kids who are strong enough to deal with the technological challenges in the cyber realm. That’s how we get our hands on the best and bring them in for selection.”

Israel’s private cybersecurity is basically a progeny of the country’s military and security agencies. We can refer to the Israeli army as one of the largest HR organizations in the world. The nation’s geopolitical location forced it to utilize a very wide spectrum of human resources since established in 1949, making the military a mandatory service for most Israeli citizens.

“The whole of Israel cyber industry relies on knowledge gathered by people serving in Israel’s different agencies and the military,” said journalist Ben-David.

Most private cybersecurity companies in Israel are founded by members of the country’s elite military cybersecurity division Unit 8200 – a unit responsible for one of the world’s most aggressive cyber attacks in history. These young startup owners experience leading-edge and real-life cyber security challenges and solutions during their military service, which prepares them for entrepreneurial life.

In 2013, Israel created a campus for its cyber intelligence unit in Beersheba – a desert city which is fast becoming Israel’s Silicon Valley. The military industrial cyber complex hosting a huge part of Israeli force is the largest infrastructure project in Israel’s history. 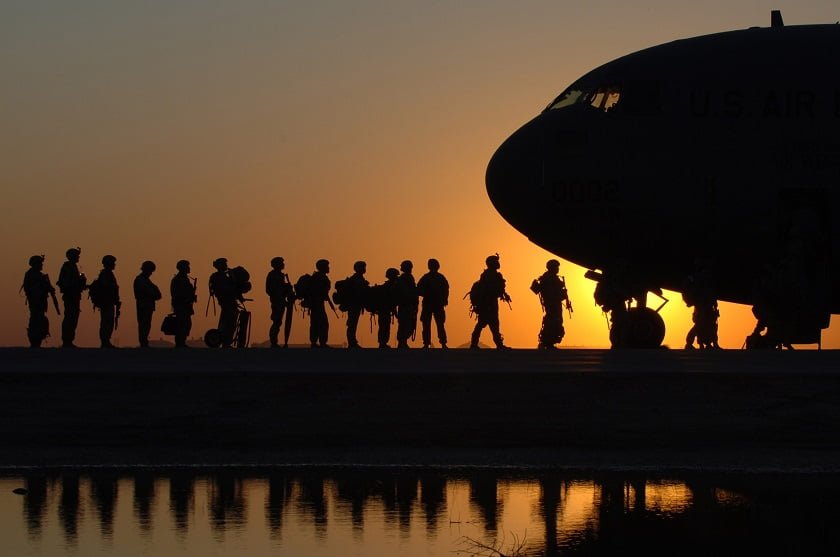 Aside from leveraging the diversity of point of views, approaches, and experiences caused by the diverse backgrounds of participants, the nation train these cyber professionals by allowing them to join companies of different sizes, government agencies, think tanks and universities. Shared experience from these professionals relative to their place of participation drives enduring and strong cross-pollination between those sectors, ensuring that all kinds of cybersecurity solutions, activities and policies are adopted through tactical thinking, specific experience, broad expertise, theory and in practice.

Is the world acting out of fear?

“The interconnectivity established in between systems in the past decade could be a major source of the current cybersecurity challenges,” said Barak Perelman, CEO and co-founder of Indegy, a startup that builds cyber security network for industrial facilities. Trying to build a system to achieve operational convenience such that one can have access to all facilities easily makes it convenience for hackers to penetrate the system.

In August, there was a cyber attack on a petrochemical company in Saudi Arabia, reports the New York Times. Like the US-Israel led Stuxnet in 2009 that disabled Iran’s nuclear facilities, the attack was designed to sabotage the firm’s operations and to trigger an explosion. The only thing that prevented an explosion was “a mistake in the attackers’ computer code.” said cybersecurity experts who asked not to be identified due to ongoing investigations.

A “crash override” malware was used to hack Ukrainian power grid and industrial control systems just a week before Christmas in 2017. The power outage lasted for about an hour – which is barely a problem. Information released after says the hackers were testing the grid-sabotaging malware, but there are claims of other attacks following the blackout.

Hackers struck an unnamed steel mill in Germany just before Christmas in 2015. According to the report, the hackers were able to manipulate control systems and that led to a massive damage of a blast furnace.

Cyber attacks are on the increase; at the same pace with development in technology. While the attacks are often engineered using old methodologies, most are usually successful because none has figured out how to permanently stop them.