“I have a business meeting with NASA executives in Mars next month but I wish the agency would move the venue to its center in Florence, Moon so I could celebrate this coming Christmas here on Earth with my family” This statement is either idiomatic, at least for the sake of trusting it has a meaning, or hypothetical at the moment. Yes, because a generation would take it for the real meaning someday. Just to remind us, John Flowers never saw Alexa, Siri, or Google Home in his entire lifetime.

Some time ago in Washington, D.C., a man delivered a risk-involving presentation that could change everything about our home. He proposed we could live in outer space – a hypothesis that will expand human existence beyond Earth – as the only means to sidestep boundaries and stagnation characterized by where we live. We need to go and live there, he said.

The presentation came at a very challenging time: high growth of pollution and other environmental destructions, the peak of people’s discovery that Earth’s resources were shrinking, and at a time it became clear that expansion beyond our horizons is the only way to escape unending limitations.

Physicist Gerard K. O’Neill (1927-1992) of Princeton University made this influential presentation in the summer of 1975 while briefing the Congress about what he was working on with NASA. According to his plan, the project would start on the Moon’s surface with a small group of people that would mine materials for the construction of its next stage – large-scale rotating habitats that will remain in orbit and house millions of people. Having started in 1969, O’Neill’s project suffered some setbacks: Vietnam’s War that was ragging on, also some of the Princeton physics students O’Neill was working with began losing faith in the engineering prospects, despite the success of the Apollo moon landing. However, not all the students gave up the quest.

Amazon founder Jeff Bezos was one of Gerard O’Neill’s students at Princeton when the project’s funding was at its peak, in the mid-1980s. Bezos became interested in space at an early age. In a 1982 Miami Herald interview with 18-year-old Bezos, he disclosed an interest “to build space hotels, amusement parks, and colonies for 2 million or 3 million people who would be in orbit,” with the intention to preserve where we live, the then-aspiring engineer told the Newspaper. Bezos’ ultimate goal is not different from that of O’Neill: to build huge habitats that will handle challenges from industrial pollution, overpopulation, energy crisis, culture wars and the extinction of our ecosystem.

Bezos was reminded of his space exploration plan in 1999 after seeing the rocketry biopic movie October Sky. He immediately began making arrangements to establish a space company, and in 2000, the renowned American investor founded Blue Origin in Kent, Washington.

BLUE ORIGIN AS AN INCARNATION OF O’NEILL’S VISION

Blue Origin’s mission is to build a road to space for the future generation. Not using the same technology NASA has severally used to send man and objects into space. The company is focused on developing reusable space launch vehicles so as to lower the cost of space travel. Its vision is a replica of what O’Neill envisioned: “to enable millions of people to work and live in space” by moving heavy industries to space. However, Blue Origin is not only inspired to “create the ability to get in space very easily and rapidly,” but to create launch platforms in space where people can depend on in traveling to other destinations, said Blue Origin’s Business Development and Strategy team member A. C. Charania during Caltech Space Challenge’s 2017 public lecture. 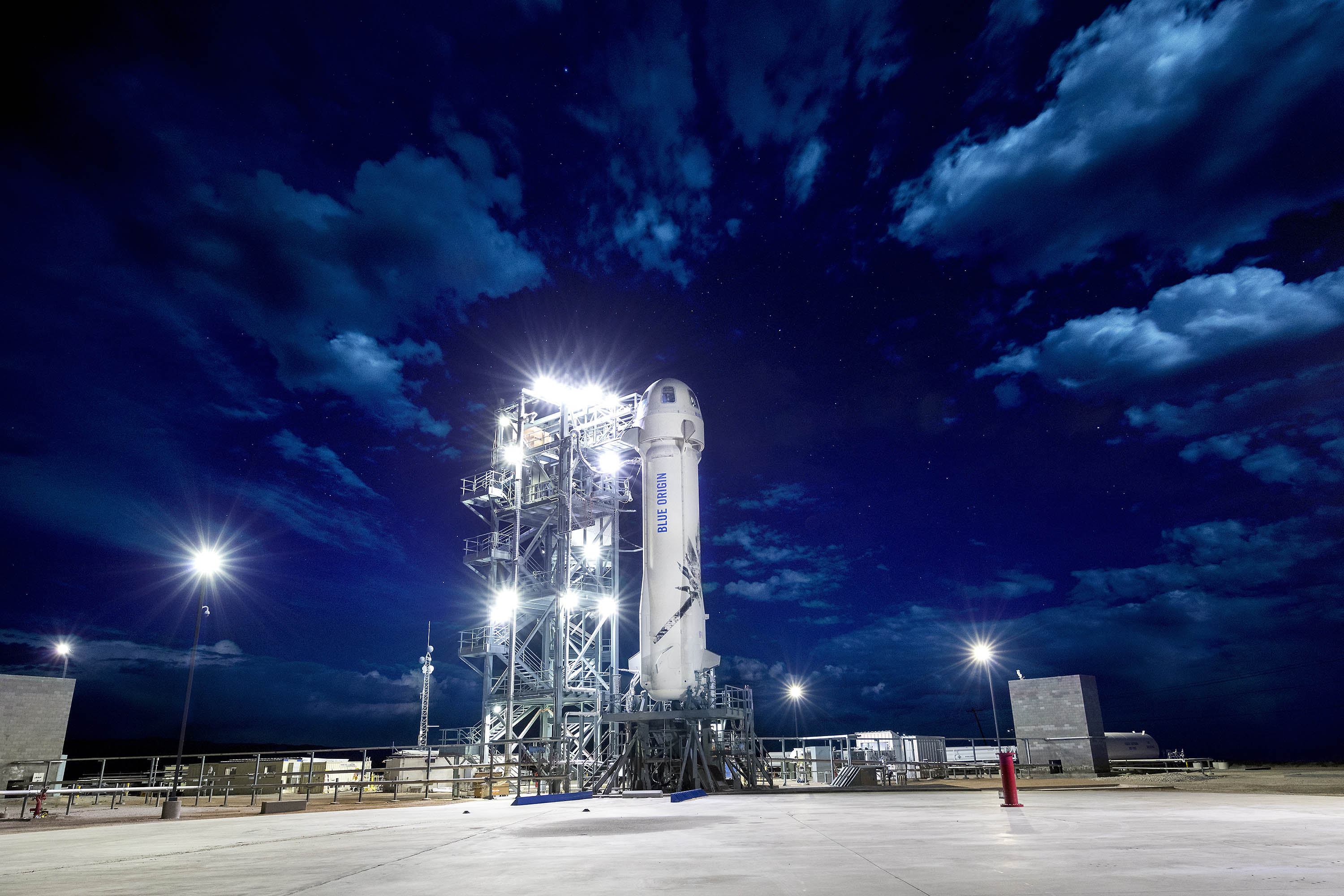 Bezos could be depending too much on a 1970s future. Blue Origin’s proposed infrastructure that will support life in space is a facsimile of the O’Neill colonies the physicist first designed with his students and later with some experts. For new kinds of civilizations in space, O’Neill worked with architects, engineers, artists, and planners to design huge cylinders, toruses, and spheres that will support life inside while they endlessly travel in space. The designs are included in his book: “The High Frontier: Human colonies in space” published in 1976.

While Bezos’ proposed version of life-supporting space infrastructure looks less futuristic if compared to what O’Neill could produce over 10 decades ago, according to architect Fred Scharem of CityLab, it has a more dismal challenge: overlooks the complex tangles of unforeseen consequences – a reincarnation of O’Neill’s design flaws. Well, there are thousands of complex problems to solve in any possible design for extraterrestrial ecosystem. So far, it could be right to say that Blue Origin has made strides in manufacturing space launch vehicles.

Earlier in May, Bezos unveiled the space company’s lunar lander “Blue Moon” that can carry up to 3.6 metric tons worth of payload to the Moon’s surface in a single trip. Blue Moon inherited the vertical landing technology found in Blue Origin’s sub-orbital rocket New Shephard. But the lander will be powered by a new rocket engine BE-7 also built by Blue Origin and unveiled alongside Blue Moon. BE-7 is not the company’s most powerful rocket; it’s designed to produce 40 kN (10,000 lbf) of thrust. That’s less than 20 percent of what the company’s BE-4 rocket engine is capable of. BE-7’s low thrust is advantageous, says Bezos. It provides greater control for soft landings. 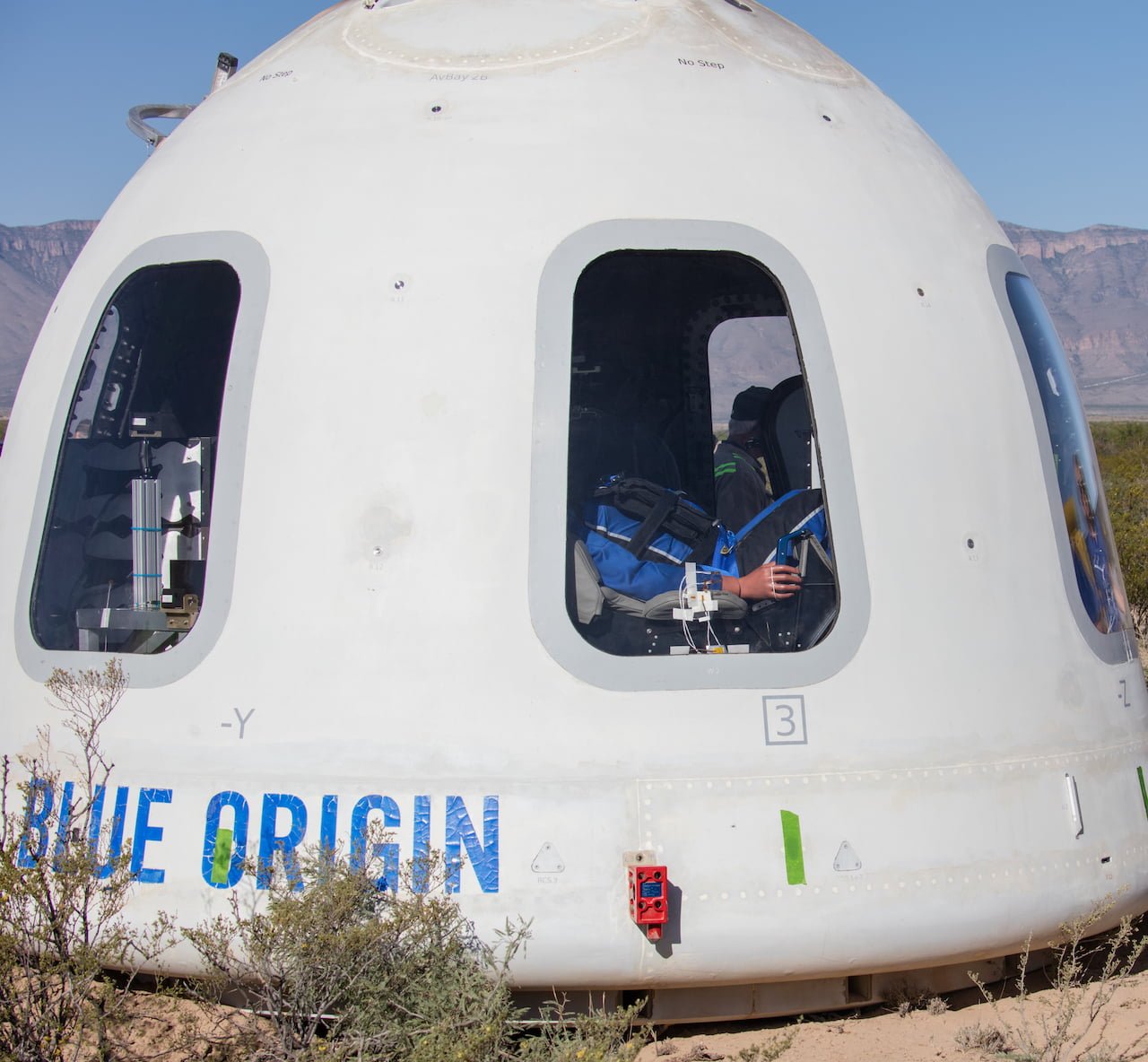 NS-11 flew 38 payloads to space for a variety of schools, universities, government agencies and private companies.

Blue Moon is scheduled to return Americans to the Moon by 2024, “this time to stay,” says Bezos during the presentation. The lander, which has a primary burn of 6 minutes long, would also perform extra mission, kind of bonus mission, by launching small satellites into orbit around the Moon for varying scientific studies, before landing. With Moon habitation made possible, engineers will begin to manufacture all objects intended for space on the Moon due to its lower gravity compared to the Earth. Getting resources off the Moon’s surface “takes less than 24 times energy compared to the Earth,” Bezos said. However, the gravity difference could also pose other challenges.

Gravity plays a major role in space travel; it’s the only source of speed. Assuming that Jupiter is a rocky planet, a spacecraft launched from the planet would move many times faster than those launched from Earth. Speed is originated by the craft’s ability to work against the gravitational pull, which is a natural force. In other words, while its easier to escape the Moon’s gravity, such spacecraft would travel would begin their journeys at an incredibly low speed.

The bumpy roads to civilization in space

Aside from providing easier means of getting into space, Blue Origin’s primary target is to cut down the cost of space travel. This is a very challenging task considering the figures targeted to be in space – millions of people. Only very aggressive measures can support this vision quickly. And not enough people would want to remain in space without a significant number of the people affecting their lives positively. Blue Origin, for instance, currently has four facility sites: Kent, Washington; Van Horn, Texas; Cape Canaveral, Florida; and Arlington, Virginia, with each site relevant at different stages of manufacturing and deployment. This alone is a challenge Blue Origin must look into. The cost of shuttling these heavy materials between the vastly distant centers can’t be recorded as a charity. And until space engineering and other space-related courses become very common like other fields of study, aerospace companies will continue to break banks to fund salaries of the little experts available. Of course, producing designs without an existing model is always an expensive business. This can only be addressed by the existence of several space companies, which gives birth to another challenge. Hence, it would be misleading to expect any mouthwatering cost for space journeys at this stage. 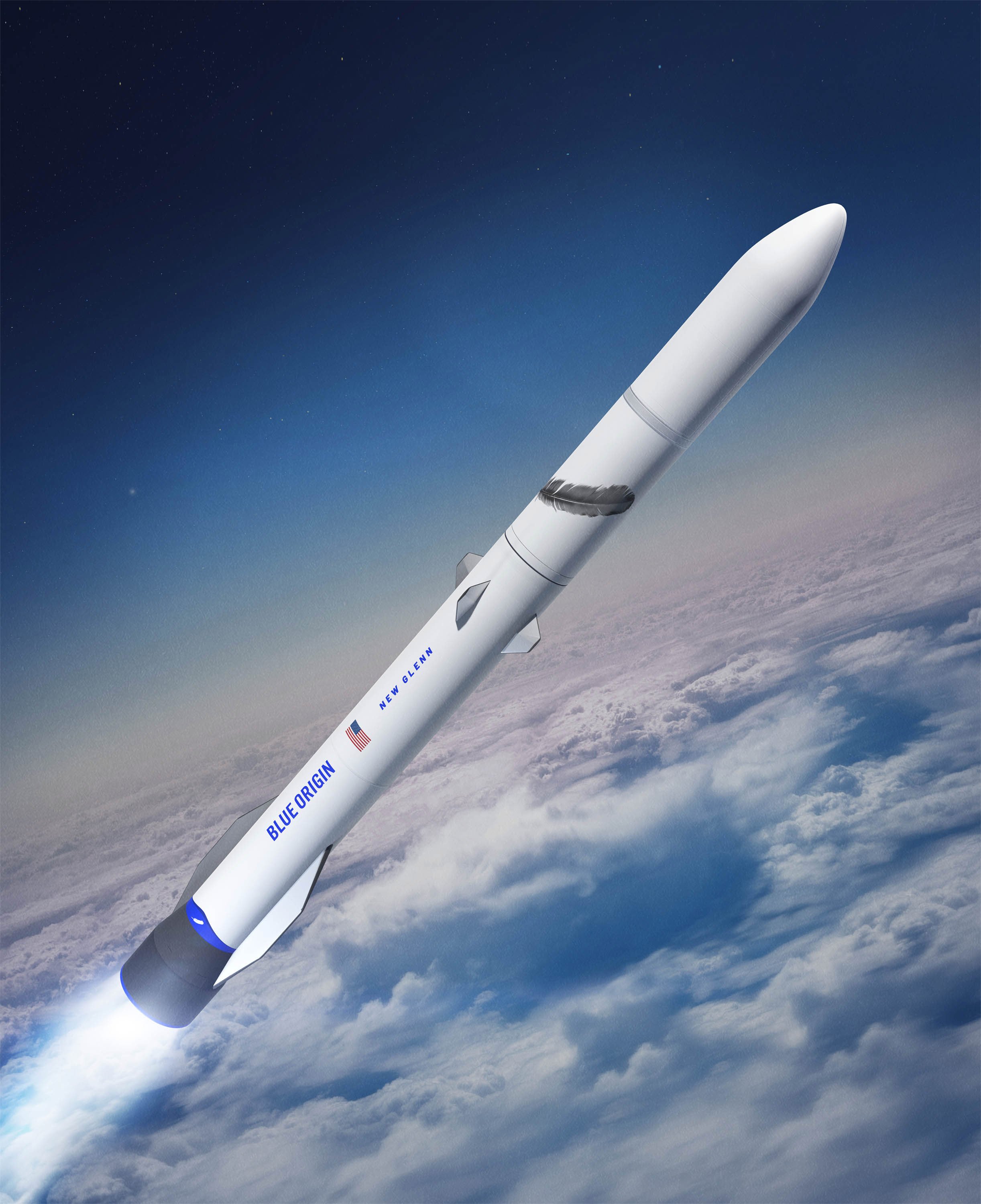 The birth of more space companies interested in space habitation would also be crucial in attempting to resolve problems associated with the current life-supporting space infrastructure designs. However, this highly-desired competition in a well-regulated venture means the ideas of most of these companies would struggle to cross laboratories doors. Aside from the heavy cost, there’s no room for a mistake in space exploration.

Any space company that’s able to produce convincing or trusted systems would dominate the entire industry. SpaceX and Virgin Galactic two major privately-funded space companies demeaning all efforts Blue Origin is making behind the walls of its facility buildings.

Blue Origin has some major advantages. Space exploration requires a lot of funding to spare for experiments, most of which would yield no direct result due to crashes. Blue Origin is backed by the world’s wealthiest person Jeff Bezos who claimed the title since July 2017, according to Forbes. Cash availability is not the only advantage the company may have. Its CEO is deeply passionate about space and has firsthand knowledge of the very first proposal to live in space.

Bezos’ entrepreneurship skills which have proven a huge success in the online marketplace, technology, and other sectors constitute more value to Blue Origin. The company said it would start selling tickets for its first commercial space travel later this year.