He will work alongside the company’s co-founder Marc Benioff, who will also continue as the Chairman of the Board.

Benioff will lead the company’s vision and innovation segment, whereas Block will oversee the growth strategy, execution and operations divisions.

“This announcement really reflects how Salesforce is run today, which is that Keith and I over the last five years have developed a very strong partnership,” Benioff told Fortune.

From now onwards, Salesforce’s new co-CEO will now report directly to the Board of Directors, instead of Benioff.

Furthermore, the company’s co-founder and Chief Technology Officer Parker Harris has also joined the Board of Directors panel, as mentioned in a separate statement.

Journey of Keith Block in Salesforce

Block played an equivalent role in pushing Salesforce as the number one CRM enterprise for five consecutive years on IDC’s market share revenue scale. Under his leadership, the company closed on several large business deals than ever. 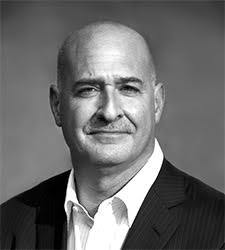 He was designated as Salesforce’s Vice Chairman, President and a Director when joining the company in June 2013.

Back in 2014, Benioff also declared Block as the “best sales executive” in the software enterprise industry. Since his recruitment, Salesforce revenue tripled by the end of 2017 soaring from $4 billion to $12.5 billion, citing CNBC.

Since February 2016, Block has been serving the sales and marketing giant as COO in addition.

Salesforce new co-CEO holds over three decades of experience in handling top-class sales and consulting teams along with the engineering department. He started his career as a Senior Consultant at Booz Allen Hamilton.

Prior to joining Salesforce, Keith Block worked at its biggest competitor and database giant, Oracle as Executive Vice President of North America Sales and Consulting.

A similar co-CEO company structure is visible in Oracle, where Mark Hurd and Safra Catz are currently managing the company under a dual leadership arrangement. In fact, both Benioff and Block have known each other since 1986 when they were colleagues in Oracle.

Other than Oracle and now Salesforce, American Financial Group, KKR, and Whole Foods are the other few companies listed in Fortune 500 to have dual CEO approach, reported Fortune.

Coming to education qualifications of Block, he earned a Master’s degree in Management and Policy Analysis and an undergraduate degree in Bachelor’s of Science in Information Systems, both from Carnegie-Mellon University.

Block and his wife Suzanne helped established the Block Center for Technology and Society at Carnegie-Mellon in February this year.

The purpose of the institution is to design substantial action plans to make sure benefits of emerging technologies can be leveraged to social causes, and which are more inclusive in nature and enhance the quality of life.

Block also plays an active role in the Boston Partners in Education, a non-profit organization built on a mission of improving the academic achievement and individual growth of students enrolled in Boston’s public school.

At the same time, Keith’s Twitter account defines him as a Boston sports enthusiast, history admirer, and follower of Eddie, Joe, Bruce, and the dropkicks fan.