Fans of the Kingdom Hearts series found their new year wishes coming true as Square Enix announced that the series will be available on Nintendo Switch come February. The collection will be available via cloud on February 10, 2022. 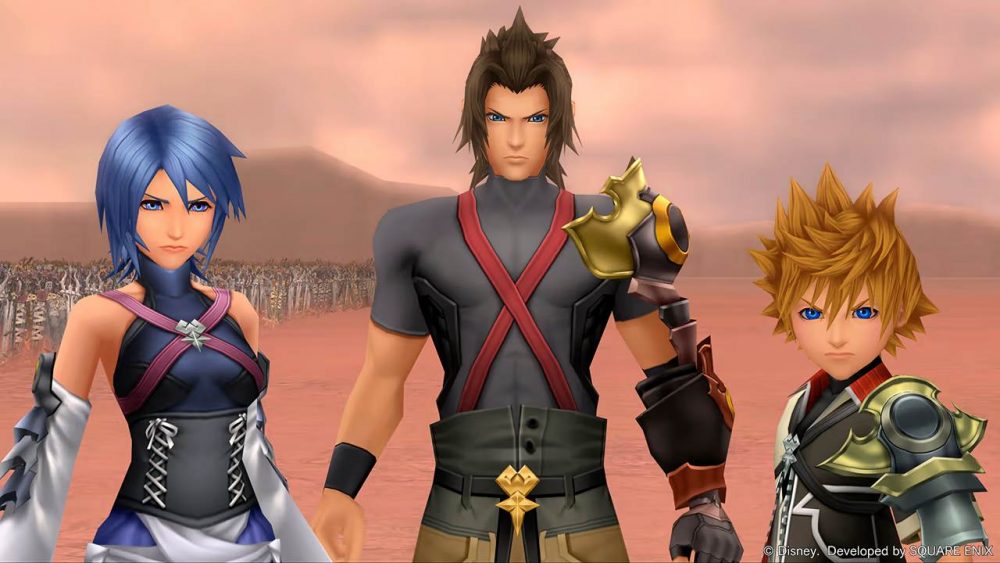 Sora sets out to capture hearts as he enters the Nintendo Switch realm.

The Kingdom Hearts Series is a role-playing action game that has captivated the heart and imagination of avid gamers across the globe.

It is a collaboration between The Walt Disney Company and Square Enix, centered around the journey of Sora. He was first introduced in the game in 2002 as a teenager who had access to elemental magic and resided at Destiny Islands. Sora and his friend set out to explore other worlds and soon find themselves separated and facing vicious creatures.

During his journey, he comes across many Disney and Pixar characters, and a few from Square Enix properties. The main plot is based on Sora’s encounters with the antagonist, Xehanort, whose multiple incarnations keep the series interesting.

The games come with various improvements like remastered visuals, soundtrack, additional text, and enhanced cinematics. The Nintendo Switch version also guarantees a ton of additional features as part of your purchase.

Most of the games in the series have achieved commercial success and have also spawned a wide range of associated merchandise, including but not limited to figurines, light novels, a manga series, and a card game.

Kingdom Hearts on the Nintendo Switch

A fast, stable internet connection is a non-negotiable requirement for streaming the Kingdom Hearts games on the Nintendo Switch. Taking this into consideration, the publisher has made demo versions of each game available for free, so that players can test them out on their systems.

The Kingdom Hearts collection for Switch was initially announced in October 2021. Fans were somewhat disappointed to learn that it will only be available via Cloud, instead of an actual port. Series creator Ichiro Hanzama seems to be aware of the general consensus as he addressed this and mentioned that the decision was taken based on various factors “including the storage capacity of the hardware.”

Technically, the three titles contain ten games together and can be purchased together as the Kingdom Hearts Integrum Masterpiece package is priced at $89.99. It is available at a discounted price of $71.99 if you decide to pre-order the games. Square Enix believes that this collection contains “the full saga of Sora’s exploits so far”.

Each of the tiles also contain an individual launch discount. The Kingdom Hearts HD 1.5 + 2.5 ReMIX is priced at $39.99, and available on discount for $31.99, Kingdom Hearts HD 2.8 Final Chapter Prologue for $49.99 and discounted at $39.99, and Kingdom Hearts III + ReMind for $49.99 and discounted at $39.99. The pre-order sale closes on February 28. The prices are a little steep, but you can check out the demo versions to decide whether the games are worth it for you. The Switch eShop urges players to test out the demo feature before making a decision. It also promises to give the players six months’ notice before the game is taken down from the shop.

Square Enix will be hosting a 20th-anniversary event to celebrate Kingdom Hearts on 20 April 2022 in Tokyo. The show will include a mini-concert, a Q&A session with members of the development team, and an exhibition. The series was first launched in Japan on 28 March 2002. The team confirmed that the video version of the event, along with further details, will be made available at a later date.