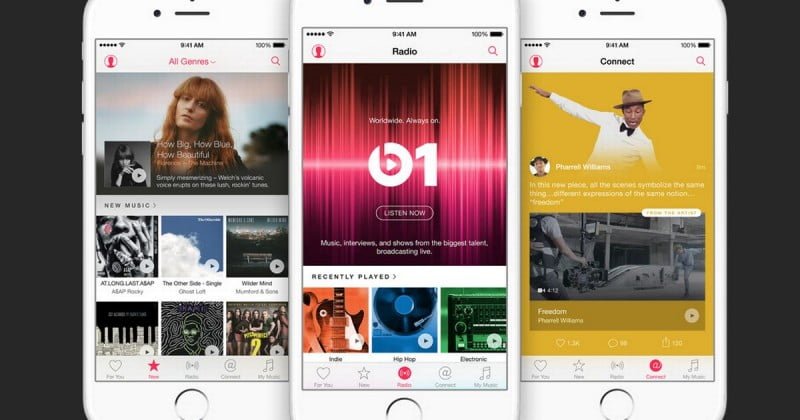 Apple Music has been heavily criticized for its confusing interface. Reviewers have mostly referred it to as a complex and cluttered platform to navigate. They’ve been calling it as ‘a confusing mess,’ and ‘stuff crammed with useless things,’ among other phrases. In order to get rid of criticism, the company has decided to unveil a streamlined and redesigned interface. The makeover of Apple Music service will be launched at WWDC 2016 event in June. Following this, the latest Apple Music Update will definitely boost subscribers for Apple Music service.

The latest Apple Music Update has launched a fresh new to plan to compete against its biggest rivals. Spotify, Tidal, and SoundCloud among others have been giving a tough time to the iOS giant when it comes to music streaming.

The offer of Apple Music membership discount for students isn’t just limited to the students in the United States, though. It’s also available in the U.K., New Zealand, Germany, Australia, Denmark, and Ireland. However, the discount price on Student Membership in Apple Music may vary in other markets. But the 50% discount on standard price for subscription will remain the same.

Following the sign-up, the reduction in charges will be available for four years. This means there’s no necessity for years to be continuous. Students who have taken breaks in between two consecutive semesters can avail this offer when they return to university as well. Also, the individuals who’re enrolled for Master’s are eligible for Apple Music student plan as well. The plan covers every individual who’re attending university or college, no matter what degree are they enrolled for.

The membership tier is now available to both existing and new subscribers. It can be signed up or changed from the mobile application of Apple Music for Android or iOS, or from web service.

Apple Music is also working with UNiDAY, a leading technology provider of student verification. It’s to ensure that students signing up for membership do have a genuine enrollment at any eligible college or university.

For all we know, Apple Inc. is no stranger to the strength of student discount. The company already provides discounts on Apple hardware for students with valid ID. However, the similar discount is not available for Apple software.

So, do you have a valid college ID? If you do, why not grab this chance then? Keep your streaming list prepared already, and what’s going to be at the top? Swift’s ‘Bad Blood’ maybe? Or Bieber’s ‘Sorry’?

Apple iPhone 7 Can Beat Samsung Galaxy S7, Only If It Follows This