Users for Windows Insider program just got subjected to a nice treat. The new tool of Microsoft gets a new code into the baskets of all hardcore users ahead of the common people: Windows 10 build 10532.

Exactly, it’s another build for Windows 10. So what is different in this build? Well, it has improved menus that would provide a more harmonic and symphonic fit. It also grants the ability to distribute notes from the Feedback app by Windows with others.

“We are releasing a new Windows 10 Insider Preview building to the Fast ring today: Build 10532. As always, there are bug fixes and improvements in this build over 10525, but also some new features we are very excited to share with Insiders.” 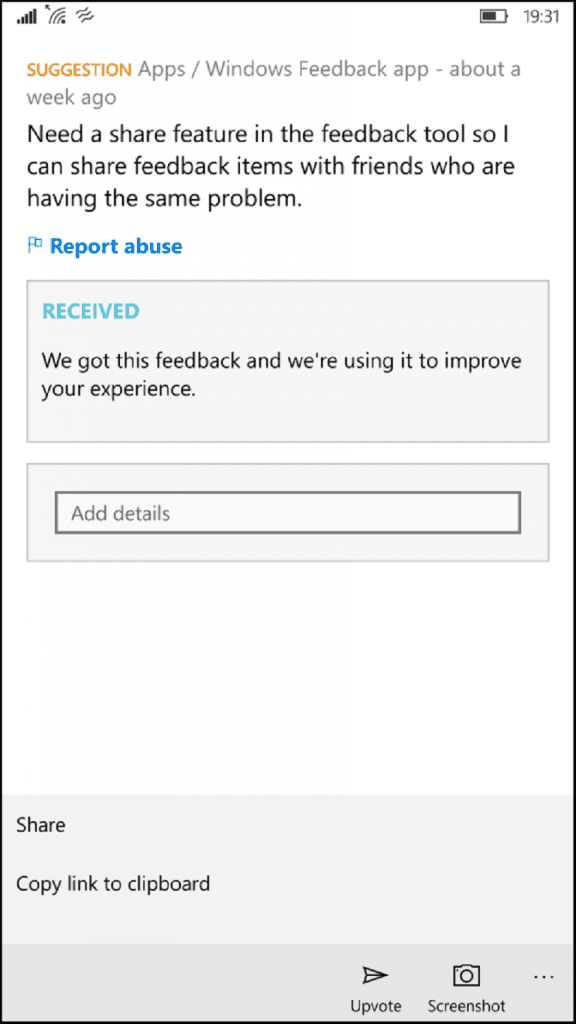 The new features that he mentioned in this new release aren’t exactly mind blowing changes but still there are a few good ones.

There are small twists to few right-click menu contexts. The example that has been demonstrated by him shows the menu context for the desktop, definitely there are enough noticeable variations, primarily for the icons.

“You have the option to share using any application that supports the Windows Share functionality or get a direct link copied to your clipboard for pasting anywhere you like,” he said   . “We think this will help Insiders more easily share specific feedback and suggestions with other Insiders on Twitter, Insider forum discussions, and directly with our engineers.”

Familiar issues with this new build 10532 include a couple of big ones, though: The functionality, Windows Hello won’t be able to work, and the Google Chrome’s 64 bit version will crash over the launch, which Google is aware about.

Users can still use a pass code or a PIN to log in, and use the Chrome’s 32 bit version or Canary build 64 bit Chrome, which is used for developers and tech type explorers.

For the recent mobile preview that is coming soon Gabe Aul stated,

“I know many of you are eagerly awaiting a new mobile build. We have found and fixed a few issues that would be a blocker for some Insiders in recent builds in our internal rings, so we haven’t had one we felt was ready to go out to you since 10512,” he further mentioned “We have some good candidates coming through with those fixes, so after we run them for a while and ensure they are ready for you we’ll get them out.”

The impact on users: The Company stays true to its word to keep improving the version forever. This means that the Insiders will figure out the worst bugs before rest of the general public suffers through them. The app work that the company is trying to develop will be carried across the mobile zone that needs some trading scores to ensure that the new version of Windows 10 Mobile receives a warm reception.