The sixth SpaceX launch in the month of July saw a new batch of Starlink satellites on Sunday. At around 9.38 a.m., the Launch Complex 39A (LC-39A) at Kennedy Space Centre in Florida witnessed the Elon Musk-owned space venture’s further push to position itself as the undisputed satellite-based high-speed broadband internet provider. Let’s delve deeper into the space of Space-X and Starlink. 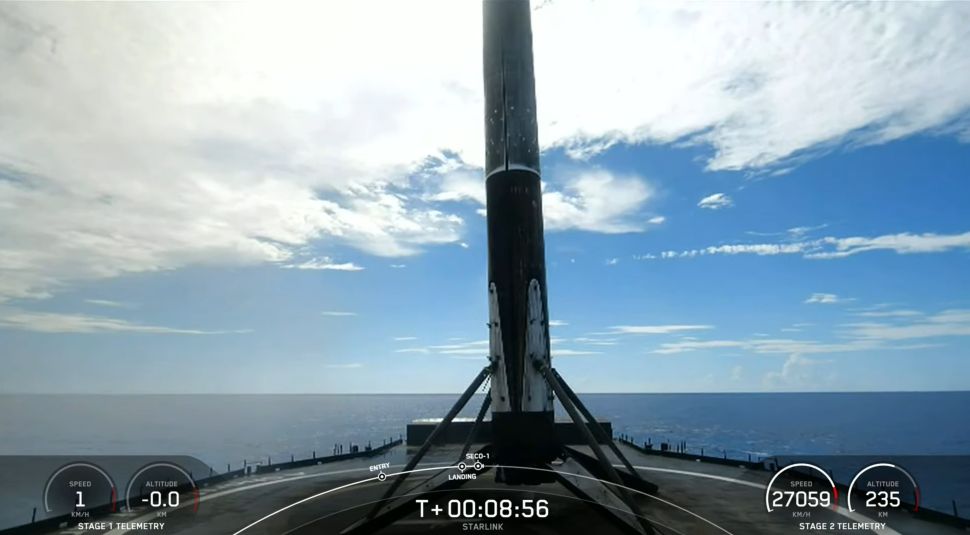 This marked the eighth flight of the Falcon 9 first-stage booster – the mainstay of this mission, which had the opportunity to launch GPS III Space Vehicle 04, GPS III Space Vehicle 05, Inspiration 4, Ax-1, Nilesat 301 and the previous two Starlink missions. Through a tweet on Sunday itself, SpaceX announced that “Deployment of 53 Starlink satellites confirmed — completing SpaceX’s sixth mission this month!”

What Does the SpaceX Launch Mean for Starlink?

After this latest launch, the number of successfully-launched Starlink satellites has turned to almost 2,900. The company, which happens to be the largest provider of satellite-based high-speed, low-latency broadband internet around the world, strengthens its position even further with this SpaceX launch.

Starlink’s satellite-based internet facility is mainly aimed at striking a data-access balance across the globe. Apart from ensuring internet facility in remote areas, their primary goal remains to provide basic internet infrastructure to marginalized people. Starlink has stressed the importance of providing low-cost internet to low-income nations, time and again.

With an average latency of 20ms, Starlink has revolutionized the history of satellite-internet, by making video calls, online gaming, streaming and other high-data-rate activities possible. Starlink also offers the unique feature of portability in the form of its ‘Starlink for RVs’ services. It can be customized too, according to the specific needs of the customer.

Going by the latest reports, the company has already managed to get regulatory approval to send at least 12,000 Starlink in the orbit. To push further, it is asking for an international regulator to lift another 30,000 satellites following that. One should note that this launch makes Starlink’s services available in as many as 36 countries.

Is Starlink Faster than Fiber?

The company, which provides satellite-based internet facility to 400,000 users globally, has got a massive boost thanks to Ookla’s latest speed-test report. But when it comes to comparing its efficiency with the Fiber, the latter appears miles ahead. Hence, despite getting the better of other satellite-internet service providers courtesy its exclusive usage of LEO (low-Earth orbit) satellites, Starlink has a long way to go to be at par with the Fiber.

Larger Implications of This SpaceX Launch

In a recent interview given to Johnna Crider, SpaceX’s CEO, Elon Musk, shed light on the company’s long-term goals in having a positive effect on improving the standard of living, globally. He said that his company wants to offer high-speed internet to everyone, and that too at affordable prices. He went on to say, “… Starlink can provide connectivity for a whole village of like 200 people type of thing and then, in that case, it would be like 50 cents a month per person.”

Thus, amidst the widespread calls to make data a basic right across the planet, Starlink’s bid to bring more people under its worldwide services, seems highly commendable.