Elon Musk makes it a point that he never fades away from our memory. This happens as he pops up in the news headlines every few weeks. Fortunately, this attention is for his new ventures and not negative publicity. It is time to remind ourselves of him once again. This is because Musk is back with a new mission which claims that it will intrigue a number of people. One need not have the complex scientific knowledge to understand the importance of this mission, the name itself will act as a description. Elon Musk has given a glimpse of the next SpaceX moon mission through a number of pictures.

It has been almost every space organization’s dream to solve the mystery of the Mars planet. But very few of them are confident of doing so. One of them is SpaceX. In fact, SpaceX believes that by the year of 2024, humans will be setting foot on the planet. In order to make this long journey happen, the organization needs to set up a break spot on the way. This will be identical to the kind of situation we are in when we travel in a connecting flight. The need for a break is keeping in mind the various requirements of the space shuttle. The latest SpaceX moon mission is of the same. 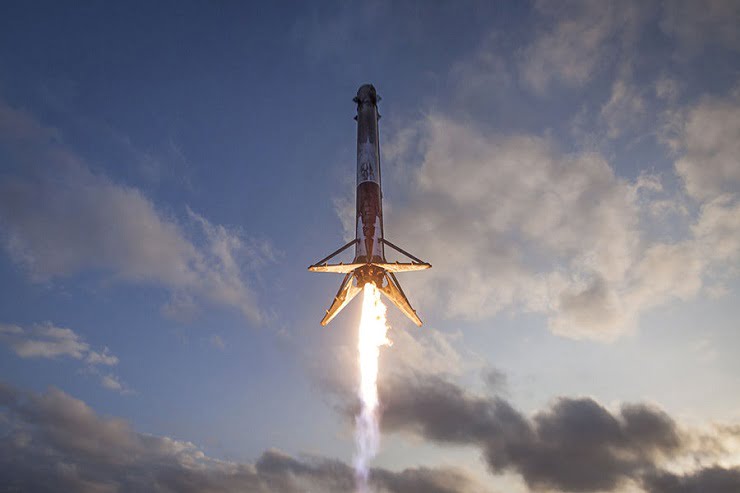 Elon Musk has given a glimpse of the next SpaceX moon mission through a number of pictures.

In a presentation at the International Astronautical Congress held in Adelaide, Australia, Musk stressed on the fact that its 2017 and SpaceX needs to take crucial steps to be prepared for the Mars mission in the next five years. For this to happen, the organization first needs a moon base on the way to the red planet. A humongous rocket will be used for this mission. Musk had announced this rocket a year ago in context with the Mars mission.

The rocket to be used for the SpaceX moon mission will be 348 feet tall and 30 feet wide. This rocket will take off with the help of 31 blazing engines. Elon Musk further elaborates that with the right design, the organization has come up with an affordable budget to make it happen. The moon base to be established on its surface will also act as a medium of colonization of humans on the moon’s surface. This has been a farfetched dream by Musk since the establishment of SpaceX.