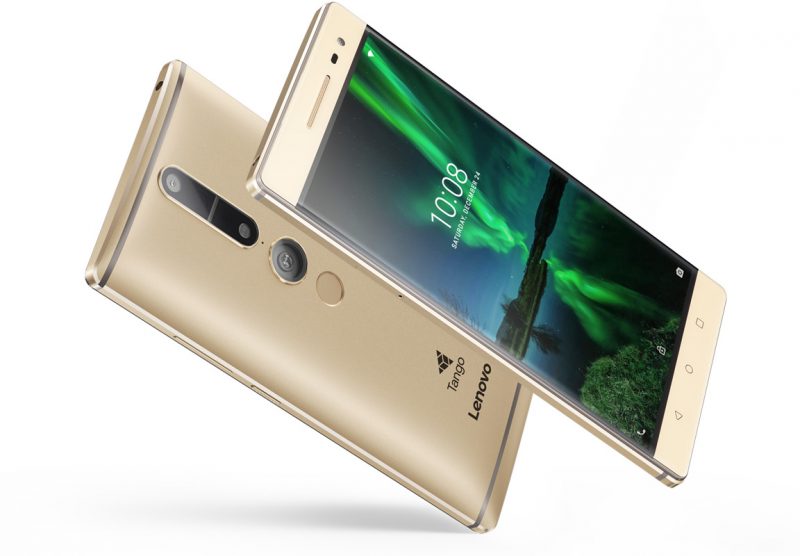 Lenovo described the phone as a joint effort with tech giant Google, which created the Project Tango technology. It is also undergoing a bit of a rebranding now and will be known as Tango without the Project and it has a new logo.

Project Tango was initiated around three years back as a project inside of ATAP, Google’s Advanced Technology and Projects group. The skunkworks team developed prototype mobile phones with computer vision sensors. Sensors let the device to create a 3D point cloud of its setting and know where it is in 3D space. This system can be integrated with a live camera feed for different augmented reality uses, or it can be used to keep a track of user’s indoor location for mapping purposes.

The device features a massive 6.4-inch 1440p display built into a metal unibody. The handset is also backing a pretty large battery: 4050 mAh. It has 4 gigabytes of memory, 64GB of storage, a combo MicroSD/SIM slot for either more storage or dual SIM action and a display with 2,560 x 1,440 resolution. On the camera front, the device holds the usual 8MP front camera and 16MP rear camera, but Tango also has a depth camera and motion tracking camera on the back. Lenovo said the phone will capture more than 250,000 measurements a second. It also has Dolby Atmos sound processing and Dolby 5.1 audio capture and is powered by a Qualcomm Snapdragon 652.

Using the Tango features, the Phab 2 Pro can learn about the physical space, track objects, depth perception and project virtual effects in a real-world space. Lenovo demonstrated the technology with a series of apps, like the toy box app that could place virtual dominoes or other toys on real-life objects, which could be interacted with. There was also virtual reality-style shooting games; an educational app, made in partnership with the American Museum of Natural History. Another demo turned the whole space into a cartoony forest, with animals running around while the camera was controlled by moving around the room.

The Phab 2 Pro will hit the shelves in September 2016 for $499 unlocked. It will be available in Best Buy and Lowe’s.