At the same time, Lenovo Smart Display is also the first gadget to run on Android Things, Google’s newest Android-based operating system developed specifically for ‘Internet of Things’ appliances. In that case, this device is endowed to test run Android Things and provide constructive feedback to the developers’ team about the interface.

The device is powered by Qualcomm 624 Home Hub Platform, a powerful processor to support visual and verbal properties of Smart Display. 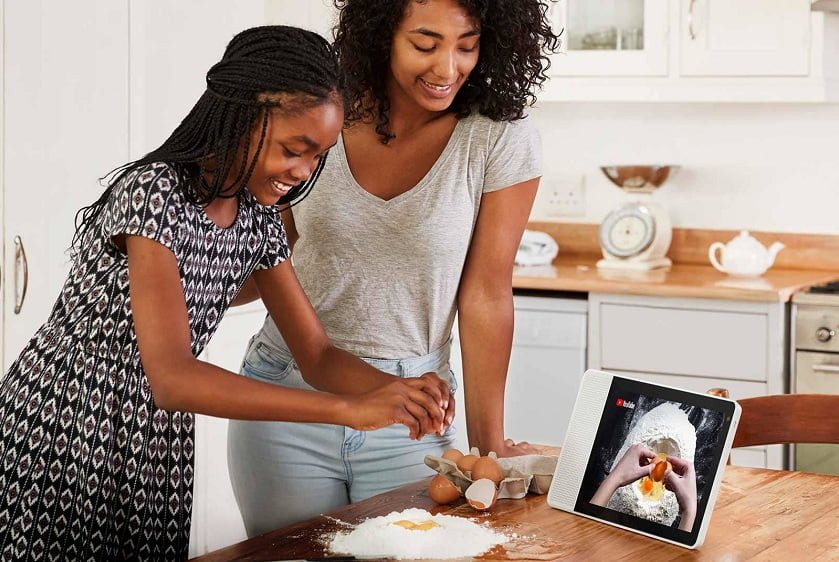 Lenovo Smart Display is basically a product installed with Google Assistant (read Google Home speakers) and a screen embedded onto it. However, it comes with a sleeker design than the primary competitor Amazon’s Echo Show.

The Smart Display is an asymmetrical triangle-shaped device with a wooden-finish back panel for the 10-inch model and soft gray-finish at the 8-inch device’s back. Lenovo’s design team has crafted the device body in such a way that it can stand in landscape mode as well as portrait mode, the latter position mandatorily needed for using Google Duo for video calls.

Coming to sound system, the Smart Display features 10W full-range speaker with dual passive radiator located at the left-most part of the structure. And this tiny display can get really loud with enough clarity and crispiness in sound.

Moving next, the 8-inch Smart Display version has an HD resolution of 1280×800, whereas the large variant holds 1920×1200 FHD resolution. Both the screens feature a wide viewing angle (86 degrees) so that larger audience can watch the videos. 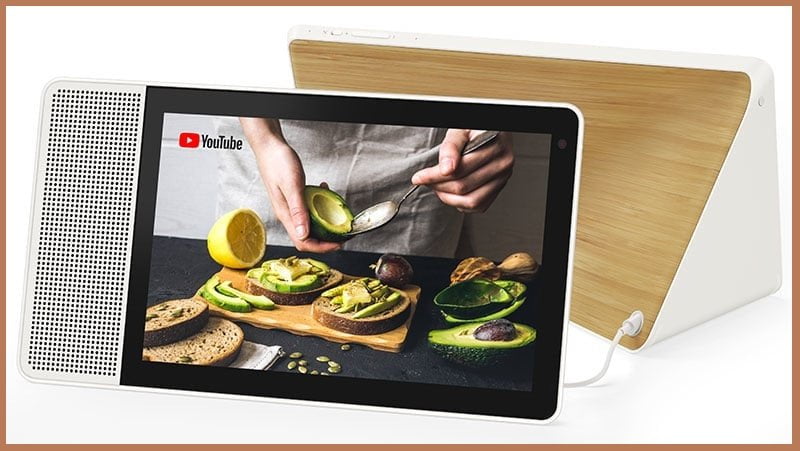 The 2×2 dual microphone array positioned inside the Lenovo’s newest gadget is top notch. One does not need to yell out even if any video or music is being played on the system. In fact, it identifies the command from a considerable far distance.

Here comes the most compelling component of Lenovo’s Smart Display – TrueBlock Privacy shutter, also available on some Lenovo laptop. These toggles located on the device body allow the user to turn on/off the camera or mic or both whenever not in use and safeguard the privacy. 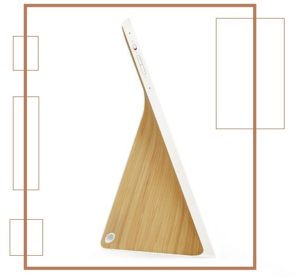 The hardware of Android Things device is managed by the OEMs whereas Google has secured the control over their software. Google has committed to update these devices for three years now and Lenovo assured that the structures should not have any functioning faults similar to Smart Speakers.

Yet to launch the device, the owner needs to begin the command with “Hey Google”. And everything on this device is just voice-enabled. Yes, since Display Smart is a no-tablet model, there is no ‘keyboard’ support on it, which feels quite frustrating at times.

LeakSmart – Another Ingenious Addition into the Iris Home Automation World