The Lenovo ThinkPad 25 Anniversary Edition ($1,899) celebrates the past twenty-five years of Lenovo’s flagship brand. The limited edition release is pretty much the same as the ThinkPad T470 model, which it is based on. Aficionados of the ThinkPad’s classic design will no doubt rave over this limited edition machine. After all, Lenovo is paying homage to its long-standing line of ThinkPad, originally built for businesses.

The original IBM ThinkPad, masterminded by Richard Sapper and engineered in the Yomoto Labs in Japan, was inspired by the traditional Japanese ‘bento box’. In the December 22, 1992, issue of PC Magazine, the ThinkPad 700c was called a $4,350 ‘workhorse,’ for its 25MHz 486SLC processor, 8MB RAM and a 120MB hard drive. Back then, it was a 10.4-inch laptop that weighed 7.6 pounds and lasted two hours on battery power. We’ve certainly made huge strides since then. 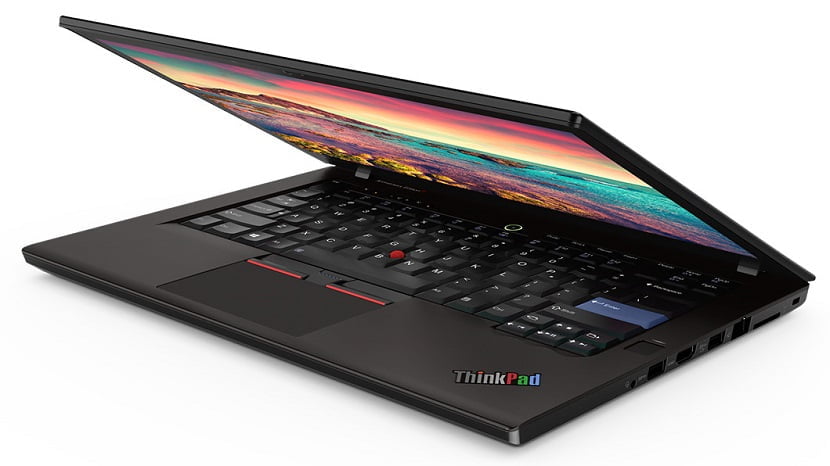 It seems Lenovo has taken some cues from the classic theme and fused them with the features of a modern business laptop, but with subtle touches of Lenovo ThinkPad T470. It has a classic rubberized coating, a three TrackPoint caps, a non-chiclet keyboard, and red, blue, and green accents on its logo. The retro styling and the multicolor logo aside, it sports with modern components such as a seventh-generation Intel Core i7-7500U processor, a Thunderbolt 3 port and will run Windows 10 Pro. It is also equipped with an Nvidia GeForce 940MX graphics card, a seven-row backlit keyword, and a 14-inch HD touchscreen display.

There are no further specs in the release, however, several reports maintain it will be decked with 16GB of RAM, a 512GB SSD hard drive, a Thunderbolt-rated USB-C port, an HDMI port, an Ethernet port, and an SD card slot.

The Lenovo ThinkPad 25 is thinner and lighter and continues to resemble the family. This includes the black exterior to the red accent from the TrackPoint cap in the middle of the springy keyboard.

The limited edition Lenovo ThinkPad 25 will be available only in select countries. You can pre-order this anniversary version on Lenovo’s official website. It comes at a price tag of $1,899.