Lenovo unveiled the third generation of its 15-inch ThinkPad X1 Extreme laptop on Wednesday morning. The workstation comes with Intel’s 10th Gen H-series Intel Core i9 vPro CPU and optional NVIDIA GeForce 1650 Ti graphics. It’s a step down from the RTX chips in gaming laptops but it should provide performance and efficiency from both CPU and GPU in a typical ThinkPad style design.

The new ThinkPad comes with Ultra Performance Mode, which will allow users to take full control of their performance settings by dialing up the setting to peak performance.

According to Lenovo, Ultra performance mode is a new power setting that allows the laptop to reach maximum performance. 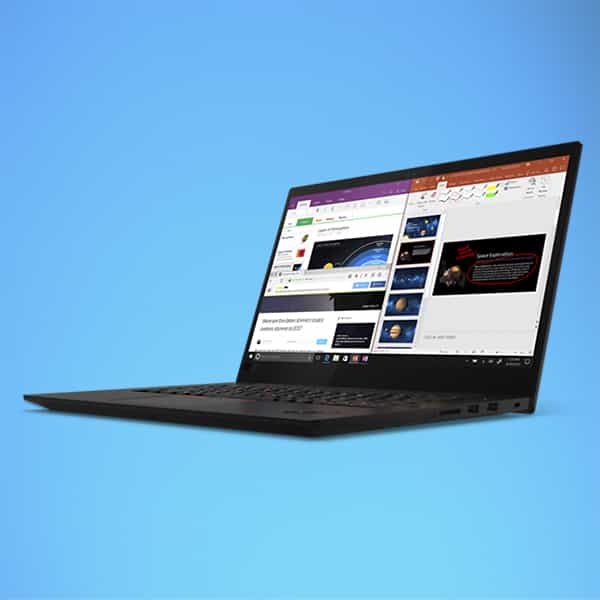 As seen in previous Lenovo ThinkPad models, you have four display options to choose from. It begins with a standard 15.6-inch, 1080p display with up to 300 nits of brightness and goes up to a 4K OLD touch panel with HDR 500. There is also a 4K anti-glare panel that gets up to 600 nits of brightness.

ThinkPad X1’s RAM remains at 64GB but the storage got a major boost at 1TB to up to 4TB via two 2TB SSDs.

ThinkPad Carbon X1 (Gen 3) battery life is an impressive 14 hours, but we’re not sure if it would hold up to that promise.

As standard for ThinkPad laptops, the new X1 Extreme rotates out to a full 180-degree stance. It comes with a multitude of ports, including a card reader, two Type-A ports, two Type-C ports, a built-in full-sized HDMI port, a 3.5mm jack, and Lenovo’s custom power connector.

Speaking of powerful internals, the ThinkPad X1 Extreme Gen 3 comes with Wi-Fi 6 and optional LTE connectivity. It boasts modern standby, allowing the laptop to receive emails, message, and other alerts even when the lid is closed. With the help of modern standby, even with your laptop asleep, it’s still connected and constantly updating itself without consuming a lot of juice.

A full list of ThinkPad X1 (Gen 3) specifications is yet to be released. We might expect to see Thunderbolt 3 support and additional Type-C charging on the latest laptop in the X1 Carbon lineup.

The ThinkPad X1 Extreme Gen 3 is set of arrive in July, but the pricing isn’t available yet.

Lenovo ThinkPad X1 Carbon: Is it in the same league as Surface Pro?