Lenovo will bring in the Yoga 9 with up to a 4K display known for the 100% sRGB coverage and VESA HDR400 with Dolby Vision. The display has a 16:9 aspect ratio, a ‘Rotating Sound Bar,’ and an active stylus that charges the inside of the laptop. Lenovo has included Wi-Fi 6 connectivity along with a webcam privacy shutter named the TrueBlock. As per promotional information, the Yoga 9 will have a Core i7 processor and support up to 18 hours powered battery life between charges. The Core i7 laptop sticker is similar to the materials used for Yoga Slim 7 series featured in the Tiger Lake-based Core i7-1165G7. 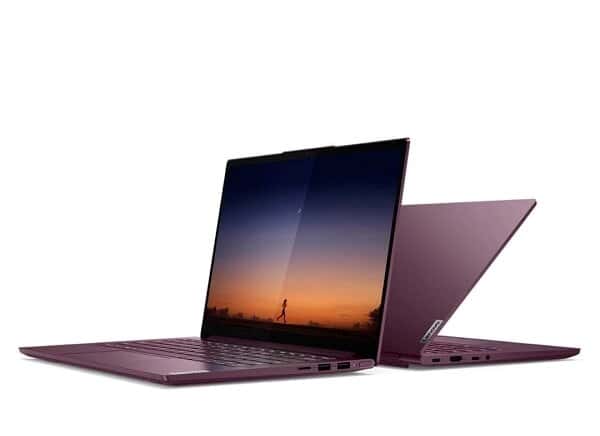 The Yoga Slim 9 is rated for weighs 1.2 kg and is 13.9-14.6 mm thick compared to the 1.42 kg weight and 16 mm thickness of the Yoga 9 14-inch. It consists of the same HDR400 certified and up to 4K panel, which Lenovo lists as capable of achieving up to 500 nits of peak screen brightness. Additionally, the Yoga Slim 9 model will be offered with a Core i7 Tiger Lake processor, and presumably the Core i7-1165G7.

However, no details are revealed on the pricing or availability of both the laptop models. As both are Tiger Lake laptops, they will not be available until Intel formally announces the launch of 11th Gen architecture. However, Lenovo may announce both the Yoga 9 and Yoga Slim 9 in advance.

Features of the Tiger lake processors:

The Tiger Lake processors are expected to have the AVX-512 instruction set, designed to enhance specific tasks like networking, encryption, and artificial intelligence (A.I.). This instruction set was earlier available only in the Intel’s Xeon and Skylake-X processors. Intel stated that bolstering the new devices and processors would result in developed photo enhancement and improved resolution.