Joaquin Phoenix’s character in the movie Her uses a tiny wireless earbud to communicate with his phone. Now, that’s exactly the kind of headphones Google is working on. After it launched Android Oreo on Monday, Google Inc. is reportedly working on four exciting products – Pixel 2, a Google Home mini speaker, a new Chromebook, and a new pair of voice assisted Google smart headphones. One of the most buzz-worthy products on the list is the futuristic headphones. The upcoming Google smart headphones will rival the Apple AirPods.

9to5 Google discovered in their APK teardown, Bisto, a hidden code which could help control a smart headphone using voice commands given to Google Assistant. Apart from song-related controls, users would be able to take calls, do voice searches, hear notifications, and reply to messages using their voice. As per the teardown, users would have to go through the standard process to setup Google Assistant on the headphone. Additionally, there is a mention of a Google Assistant button on a left earcup, which suggests these the headphones are wireless over-ears and not earbuds. 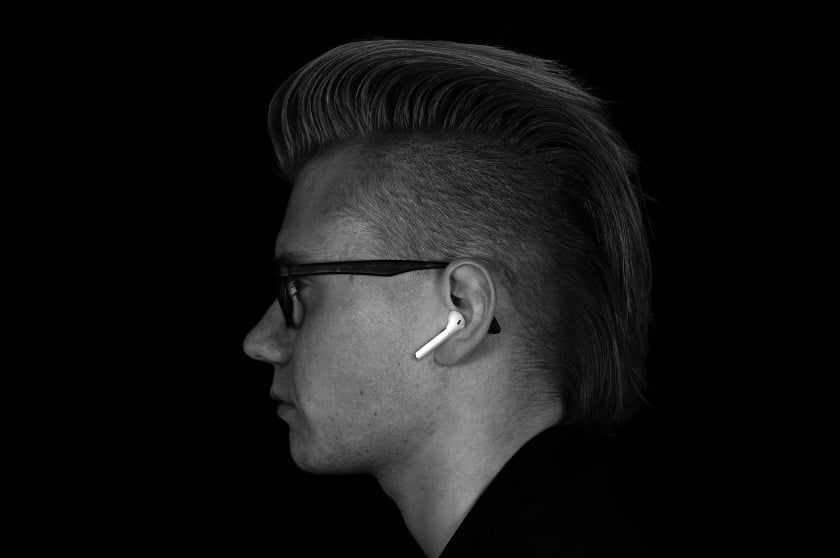 Let’s hope Google doesn’t go overboard with the smart headphones design. We all know what happened to the Apple AirPods. For those who have been living under a rock for the past few months, the Apple AirPods look like a pair of pissed off sideburns, literally! Forget about the functionality, the design is oddly below standard in terms of user-friendliness. Certainly, the overall design begs for a lot of polishing.

We’ve cut Apple some slack, but we don’t expect Google to make the same mistakes Apple did. For starters, Google is home to one of the most well-funded research and development teams of the planet. It’s not NASA-level, but it’s certainly in a league of its own.

Now, let’s talk about the timing of the Google smart headphones. We are expecting the headphones to make it to the podium and beyond during its Fall hardware event. The most talked about hardware event in Silicon Valley will also launch new Pixel phones, a Chromebook Pixel, and a smart Home speaker. (We are so excited for the smart headphones and more!)

We get it, Google. You’re betting big on artificial intelligence, and we’re more than ecstatic about it! After all, this only means that AI technology will soon become more commonplace than ever, and we like it.