LG Display announced plans to build a 42-inch display for an OLED TV to be released this year at the ongoing CES 2021.

This will be a cheaper option to LG’s highly popular 48-inch OLED gaming TV. The company also has ambitious plans to build a new 83-inch OLED panel for its upcoming LG OLED TVs. It will also be used in Sony’s 2021 Bravia OLED lineup. According to Korea’s Yonhap, LG Display will also be manufacturing a 77-inch panel that will feature increased luminosity with a new “OLED evo” branding.  That would be highly distinguishing for LG as OLED TVs are known for their lower brightness compare to LED TVs. 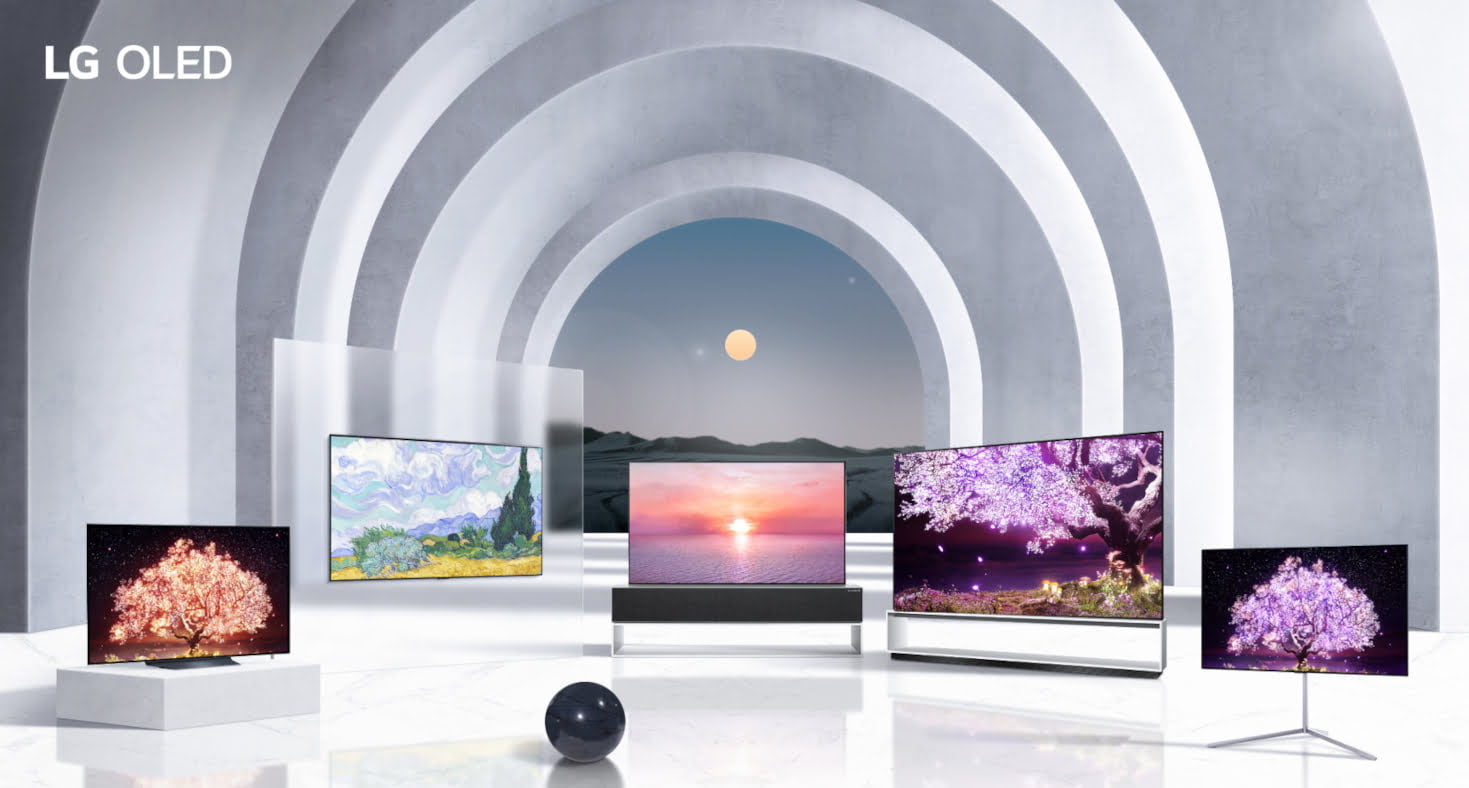 LG Display makes components for TVs and is not into consumer products. It is unclear whether LG itself will be releasing the 42-inch TV or LG Display is venturing into full consumer products now. LG Electronics’ TVs will be now available in sizes of 42, 48, 55, 65, 77, 83, and 88 inches.

At the virtual CES 21, LG Display announced a “smart bed” concept with a transparent OLED panel that rolls up from the foot side and transitions from a flatscreen TV into a curved gaming monitor. The panel is a 55-inch OLED, but its transparent design lets you see through it even when it’s turned on and displaying an image.

The panel has built-in speakers, though it’s unclear precisely what audio features they will support. The company said in an email to The Verge that its “Sound Solution technology” is “embedded in the frame.”

The company says the technology can be used at home and in public spaces.

“Transparent OLED is a technology that maximizes the advantages of OLED and can be used in various places in our daily lives, from stores, shopping malls, and architectural interiors to autonomous vehicles, subway trains, and aircraft,” Jong-sun Park, LG Display’s senior vice president and head of commercial business, said in a statement. “It will grow into a next-generation display that can change the existing display paradigm.”

Other similar transparent displays have been announced by Samsung and Panasonic (way back in 2016) too.
LG is also planning see-through OLED sliding doors for office buildings and commercial spaces. It already developed a 77-inch curved transparent OLED in 2017 for signage or advertising. But this smart bed TV is the first such display meant for home and not for signage or public advertising.

LG Display is well-known for its experimental prototypes, some of which see the light of day and come out in the market for sale, others just remain an overindulgence or part of their innovative showcasing.
A commercial version of a rollable TV using the OLED tech finally went on sale in South Korea in October of last year for $87,000.

There’s no information on  LG’s new transparent OLED TV and its future, and if it is marketed, what will it be its cost.