The new LG Gram 17 is astonishing people with its unbelievably light-weight and ultra-portable design. To the populace who are craving to move from their small screens hampering productivity to something more substantial, LG Gram 17 is the one for you. It is mobile, lap-friendly and even with its tall 17-inch display, it is incredibly light with even longer battery life.

Built with a magnesium alloy, the LG Gram 17, 2020 weighs just under 3 pounds (1.4 kilograms) which is less than many smaller ultra-portables and less than other 17-inch models. Some of the key features of LG Gram 17 (2020) are the following. 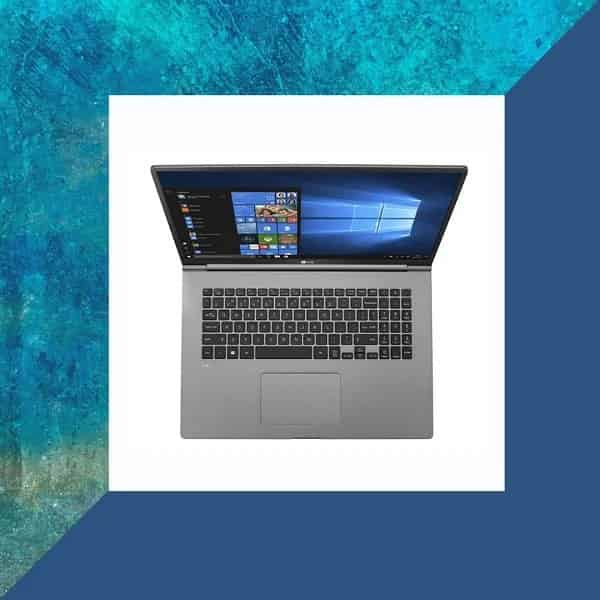 LG’s surprisingly super-lightweight design has favored the Gram to offer all the advantages of an ultra-book without sacrificing the megahit screen.

There seems to be nothing that the LG Gram 17 does terribly. According to experts in this field, the battery included here is exceptional. The device comes with an 80Wh battery as opposed to last year’s version being 72Wh with a lasting time of 10 to 15 hours. This time duration incorporated Chrome tabs, Zoom calls, YouTube and other video and audio streaming apps. However, the charger which is 48W took around an hour to charge only 37 per cent of battery which is more than the average accepted time.

The keyboard is admirable as it’s backlit, and one can toggle between “low” and “high” brightness levels with one of the function keys. The wide chassis vacates plenty of room for a Numpad, another feature which isn’t seen much on ultra-books every day. The gram keyboard also features orange coloured shortcut icons making them refreshingly identifiable.

LG has made some adjustments to the keyboard since the last version: some keys (including Backspace, Shift, Enter, and the numpad’s 0) got more prominent, and a fourth column has been added to the Numpad that includes large enter plus keys. The trackpad is equally impressive: smooth to the touch and super-responsive. It’s large enough that it’s easily reachable too, but not to the extent to encourage accidental swipes and presses. Yet, some experts think the backspace key is still a bit small.

The 16:10 2,560×1,600-resolution display provides you with a bit more vertical space than more typical 16:9-ratio displays. It’s a high-quality screen, too, with intense colour and contrast performance, even if it’s not the brightest screen. Standard results now show the laptop offers 95.6% sRGB colour coverage. Contrast, too, is high at 1550:1, making for bright and powerful colours that stand out more vividly. However, the screen is glossy, making it quite reflective, particularly on sunny days.

The new LG Gram 17 2020 makes amends by fitting Intel’s Ice Lake chip. This gives the new device distinctly more robust performance results than its older version. It moves about quickly through web browsers, word documents and the like. However, the Gram is not one to stand smoothly while playing games and is reportedly out easily. Experts maintain the opinion that their gaming experience was a slow and stumbled one which made the laptop’s chassis super-hot when running a game for extended periods, so much so that the keyboard turned uncomfortable to touch.

The LG Gram 17, 2020 hasn’t had much of an aesthetic makeover since its earlier model of 2019. It looks a bit plain and blah when compared to other competitive models. It is not necessarily ugly but quite a thick laptop.

In conclusion, LG’s surprisingly super-lightweight design has favored the Gram to offer all the advantages of an ultra-book without sacrificing the megahit screen. The intent of LG to create the lightest laptop possible has been successful, rising to the top of its class with some significant improvements on the older version. There are specific users for whom this laptop would be a perfect acquisition, i.e. if you’re looking for a device to handle simple tasks like office work, web browsing and video streaming then the LG Gram 17, 2020 would be the best 17-inch laptop for you.