Companies like Samsung, Sony, Panasonic, etc. are trying their hand at the OLED TV technology to stay updated in the technological market. But the South Korean company LG is all set to leave all the others behind in the race of the most innovative manufacturers of the OLED TV. At the CES 2017, this company showcased its latest television technology which is the LG OLED wallpaper TV.

This gadget is a part of the LG Signature 4K OLED W series. This new flagship line of LG has the ability to do something which other LCD TVs are incapable of doing. It can deliver a 65-inch or even bigger 4K image on a slim screen which is also flexible. One can simply mount it on the wall like hanging a sheet of wallpaper. Also, it is flexible in the literal sense. One can genuinely bend it a bit without causing any harm to it. The wallpaper TV has a clever magnetic mounting system which means that an individual can peel off the TV from the wall. This is much easier to do than peeling off actual wallpaper. 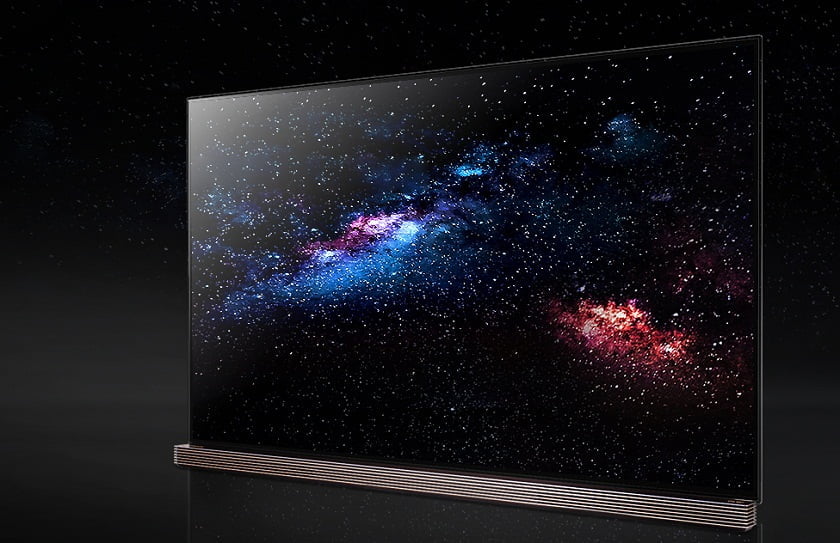 This OLED TV’s system is divided into two parts. The main display screen is to be put up on the wall. Below it is the Dolby Atmos soundbar. This soundbar also consists of the wallpaper TV’s HDMI inputs and primary guts.

The screen of the 65-inch LG OLED wallpaper TV is a 4K HDR OLED panel which is only 2.57-millimetres thick. This TV also comes in a 77-inch size. Despite its big size, it retains the thinness equivalent to a paper. Not only this, but the TV is extremely light in weight. It weighs 17 pounds. The lightweight is a result of the OLED technology as it doesn’t need the kind of backlighting an LCD set requires. The screen is connected to the soundbar below via a proprietary cable. Due to its magnetic wall mount, one cannot place it on a table. Even though the TV is extremely thin and light in weight, it does not compromise with the picture quality of the screen. LG’s executives believe that the picture quality is way better than its previous models. 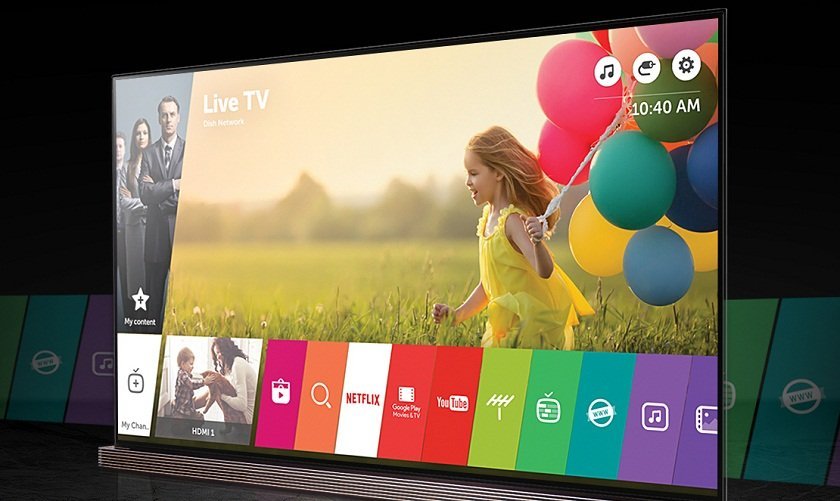 This wallpaper TV adjusts the brightness automatically in certain scenes.

The main improvement in this LG OLED wallpaper TV is that it is capable of becoming brighter wherever necessary in certain scenes. To enhance the image quality, it has the B7, C7, E7, G7, and W7 features. The TV supports all kinds of HDR video, be it Dolby Vision, HDR10, or HLG.