LG Electronics, the South Korean-based multinational, has come out with a unique entertainment product—a reclining TV chair, which it aptly calls the media chair.

Equipped with a reclining mode that keeps the eye level intact, it is pitched as the perfect entertainment concept and will be first displayed at the CES 2022, provided the recent surge in the Omicron variant does not derail the plan.

Many big companies have already pulled out due to the spread of the Omicron variant of Covid-19.

Catering to every armchair TV watching enthusiast, the “throne” as some media outlets have called it, is a reclining chair with a built-in curved 55-inch OLED TV panel from LG Display. LG’s armchair is the epitome of personal entertainment environment one could experience.

The chair, as expected, seats one person judging by the pictures shared by the company. It is a good concept for someone who lives alone or for gaming enthusiasts. It is an awesome TV setup for PS5 and Xbox players. 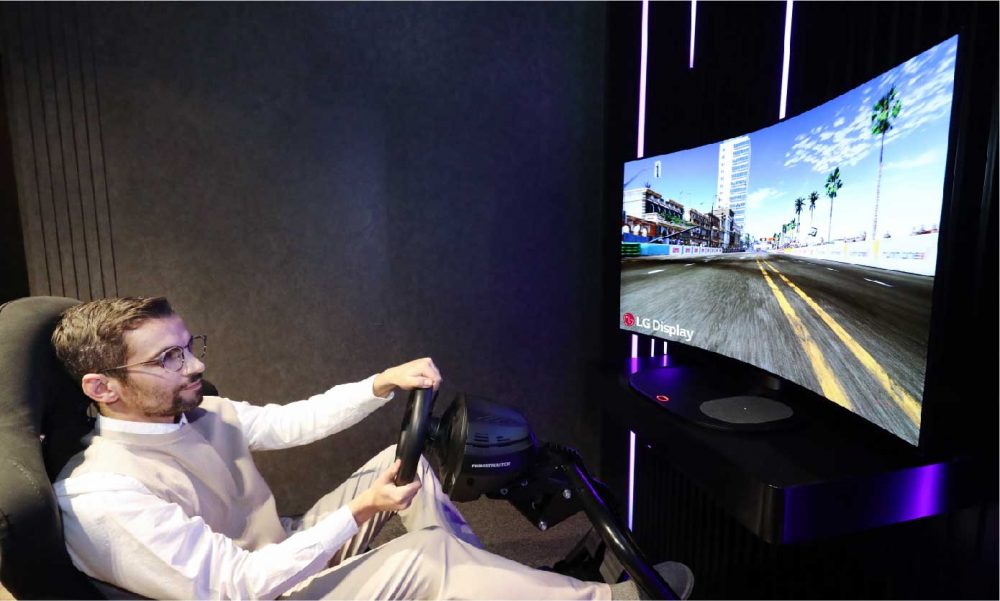 The 55-inch OLED panel has a 1500R curvature which LG says is the “perfect focal distance” for viewing pleasure. The TV can be switched between portrait and landscape modes, too. Another unique feature is that the TV stays at the same eye level. When you recline the chair backward, the panel is attached to the moving part. So, as the chair leans back, the TV arcs upward.

The LG Display’s concept uses the OLED panel itself as a speaker, vibrating the outer layer to create sound. It is similar to what Sony TVs have, particularly Sony A90J.

It produces full and detailed sound and doesn’t interfere with the image at all, so it’s a smart thing to use here.

Although this is just a concept, it might not be the most suitable product for the majority of people. First, it is geared to single-person seating. Secondly, the 55-inch display is a tad big for single viewing so close.

Curved TVs are not new, and the earlier launched have not taken off in the market because they’re not ideal for when you’re viewing at an angle, though curved gaming monitors are popular with gamers, as they are geared to single-person usage.

Beyond the single-person seating, this would undoubtedly be costly if brought into production, making it a product that would be out of reach for most consumers.

LG, like many companies, creates many concepts that are just for showcasing. LG Display told The Verge that it’s working with a Korean massage chair maker to potentially add that feature too. Even if this isn’t a product LG plans to sell, it’s a cool personal entertainment setup to have.

LG’s consumer-grade OLED sets were also marked as out-of-budget for most when initially launched. Its earlier rolling display concept was introduced as a $100,000 TV, but some others have recently come down below the $1,000 mark.

Best of CES 2022: The craziest, coolest gadgets you shouldn’t miss!