Scientists have identified life on Mars, making it a possible place to find extraterrestrial life. The Red Planet was recently found to have water just beneath its surface, which has inspired new studies of life within the spotted puddles of mud with a high concentration of salts. 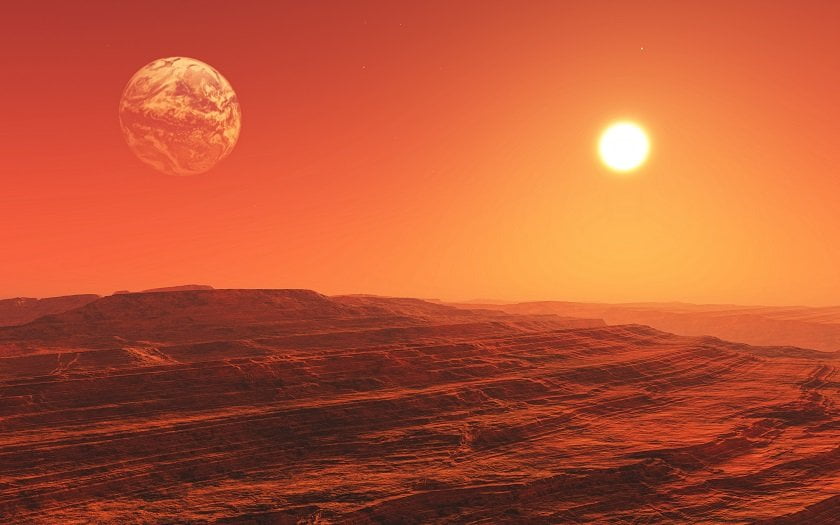 While investigating salty puddles of water on earth similar to those on Mars, Wichita State University astrobiologists found that bacteria could survive even after getting completely dried out. The finding suggests that contrary to the previous assumption, Mars is actually more habitable. However, it doesn’t guarantee the possibility of life on Mars in any way. The scientists released details of their findings at the annual meeting of the American Society for Microbiology in San Francisco, on June 21.

Researches on the habitable qualities of Mars were specifically focused on the presence of water on or below the red planet’s surface. Though life is virtually present where ever there is water on Earth, the thin and cold atmosphere of Mars doesn’t support the existence of liquid water on the planet.

Mark Schneegurt who is the study’s senior author and an astrobiologist at Wichita State University in Kansas said that just before dawn, the evaporating frost on the Martian surface is capable of driving humidity up to 100 per cent. The humidity on Mars at its peak resembles that of the Atacama Desert in Chile, Earth’s driest place aside from its poles.

“We have the first data showing the growth of bacteria after drying and then rehydration through humidity alone, in the presence of salts that absorb moisture from the air,” Schneegurt told Space.com. He asked Space.com to get the experimental conditions closer to that on Mars to enable them to test the limits of these particularly resilient microbes better.

Schneegurt added that with these findings, their consideration on the possibility of life on Mars when it comes to dry or cold worlds will be examined further.  Another implication that has become more plausible with this finding is of the risk of Earth’s microbes contaminating other worlds.

According to Schneegurt, the researchers will in the future examine the performance level of these bacteria at the colder temperatures typical of Mars, and also with other kinds of salts found on the Martian surface.

[mashshare]
[ssba]
tagged in Life on Mars, possibility of life on Mars
Share: