The thinnest, lightest and the most affordable gadget of Microsoft Surface line-up, Surface Go is finally here. Our nerdy team members spent some time this weekend with the Surface tablet to check out the power functionality stuffed inside this compact body. Keeping that intro cut- short, let’s directly begin with the Surface Go review.

Well, first of all, it seems Microsoft re-imagined to demonstrate the 12.3-inch Microsoft Surface Pro’s productivity-oriented performance on the go, which turns out into a Surface Go. The youngest edition of Surface tablet provides the inherent benefits of the Bill Gates abode but it is placed under the price tag of $399, a territory crowded with 11-inch to 15-inch Chromebooks and 9.7- inch iPad.

Introduced a month back, Microsoft Surface Go is now available in the US stores. The Redmond Company will roll out the newest Surface tablet in the UK on Aug 23, whereas Australia and New Zealand will receive it on Aug 28, though the pre-orders for it are open for now. 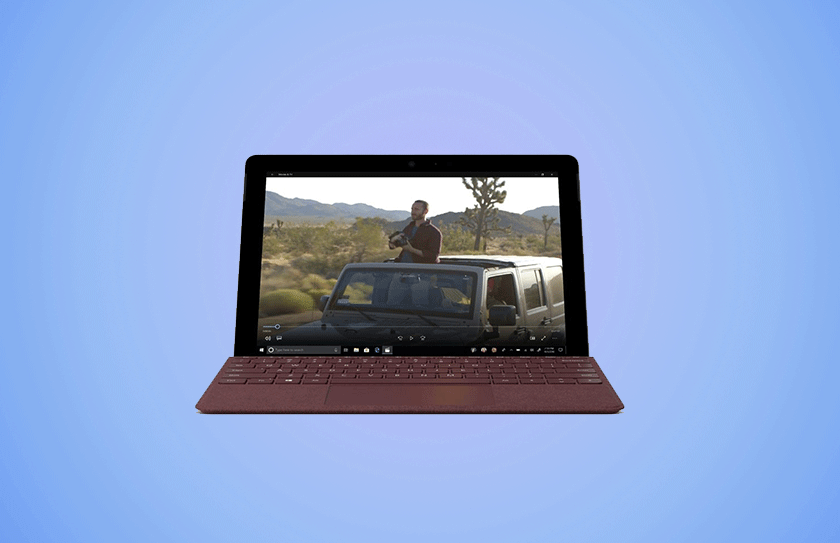 The thinnest, lightest and the most affordable gadget of Microsoft Surface line-up, Surface Go is finally rolled out in the USA. Source: Microsoft

Similar to the Surface family, the Surface Go appears in a magnesium casing with an inbuilt kickstand that rotates 165 degrees and only two physical buttons controlling Power and Volume.

The $449 Asus Chromebook Flip C302CA is the closest competitor to the Surface Go. It is a 2-in-1 PC showcasing an elegant aluminum appearance mimicking a Mac Book look. Though the Flip is not as portable as the Surface Go, its 360-degree rotating hinges facilitate it to fold into a tablet or rest in a tent structure.

The curves at the edge of Surface Go are more rounded and soft when compared to Surface Pro PC, which is an obvious point of differentiation looking at the dissimilar sets of the target market – students.

The extreme thinness of the new Surface tablet has yet a drawback attached to it. It is configured with limited connectivity ports including single USB-C port, a 3.5 mm headphone jack slot along with a Surface Type Cover magnetic attachment, a Surface Connect port and a MicroSDXC Card Reader slot.

Though this seems a right mix of ports required on such small-sized portable devices when compared with the level of productivity expectations from them. 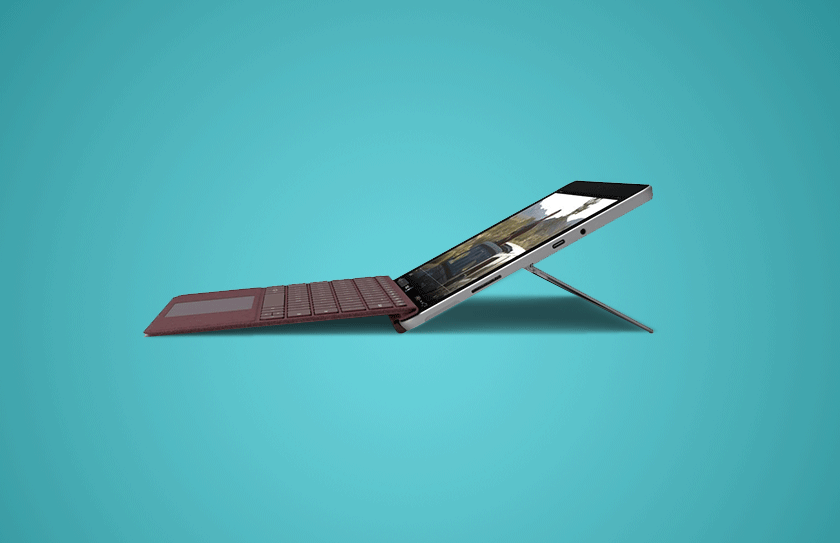 the Surface Go appears in a magnesium casing with in-built kickstand that rotates 165 degrees. Source: Microsoft

Nonetheless, the videos on Surface Go canvas still look good and bright, and it also features essential 10 point multi-touch screen similar to its predecessor. At the same time, as the screen size is too small, it becomes difficult to touch on the exact icon when multiple tabs are opened.

Microsoft claims 9 hours of playback video on the new Surface tablet under $400. In our battery test, it survived above the expected time, not to mention this is the first time we are using Surface Go. Thereby, the battery time may depreciate as the usage of the device increases or more programs are downloaded.

Besides this, the Windows Hello face authentication factor does not seem as secure as a password or Apple’s facial recognition technology. 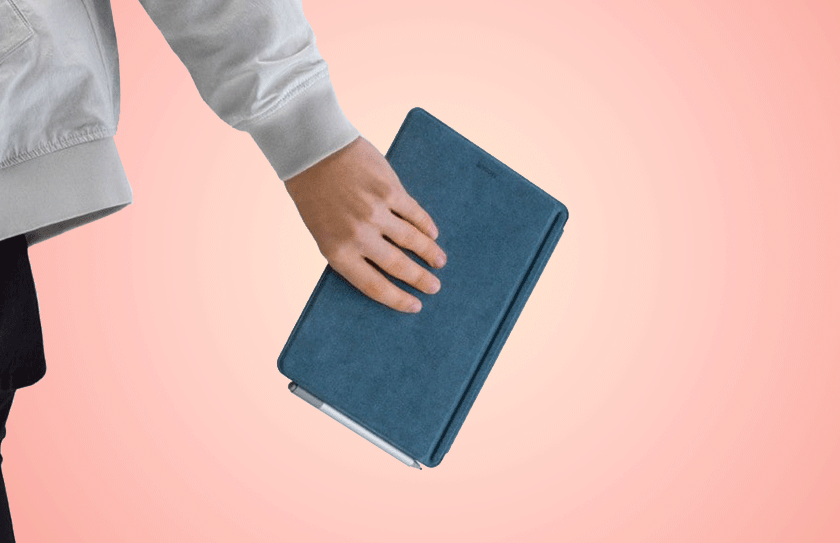 Apple’s latest 9.7-inch iPad worth $329 takes in 2GB of memory and 32GB of internal storage but that comes with a sharper Retina display of 2048×1536-pixel resolution at 264 ppi. Whereas to match the specifications parallel to Surface Go basic version, one needs to shell out $429 to buy 128GB 9.7-inch iPad with Wifi connectivity.

On that note, even the price label of $399 doesn’t offer a comprehensive package of a Microsoft Surface device to work on full potential. The Surface Go arrives without must-have accessories – Surface Pen ($99) and exclusive Surface Go Type Cover ($99 -$129). It will take additional time for the users to get used to the spatial dimensions of the new, smaller keyboard. 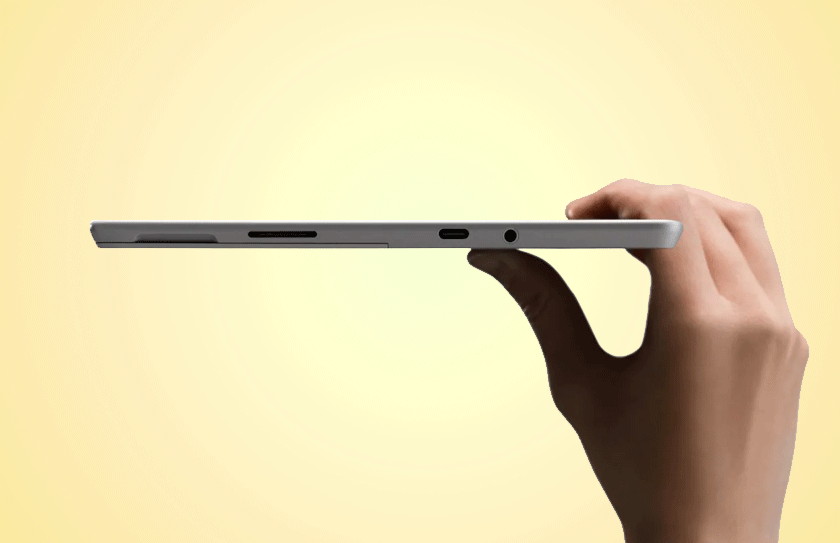 The curves at the edge of Surface Go are more rounded and soft. Source: Microsoft

Moreover, Microsoft Surface Go comes pre-installed with Windows 10 Home in S Mode. The owner can choose to switch out of S mode freely but needs to purchase Microsoft Office separately.

In the end, the shrunken Surface device cost can sum up to $500 or more, falling in the price bracket of high-performing laptops like Lenovo Flex 6 11 and Dell Inspiron series.

Consolidating our Microsoft Surface Go review, this portable device is a way to go for. Call it a trailer version of Microsoft Pro, or iPad rival, the budget-friendly Surface Go captures all essential configurations to work on Go mode. Targeting specifically for students, the smallest Surface tablet could also be a great secondary companion to your other high-performing Windows devices.