Like Shadow Tactics? Twitch Prime is giving away for free!

Twitch committed its Prime community for a full-game giveaway the previous month. It handpicked eight of the hottest games from and asked Prime membership subscribers to vote for their favorite one. Twitch Prime Indie Amplifier comprised of following games:  ‘Tales from Candlekeep: Tomb of Annihilation, from Bkom Studios’, ‘Tumblestone, from Quantum Astorphysicists Guild’, ‘Treadnauts, from Topstitch Games’, ‘High Hell, from Devolver Digital’, I, Hope, from Double Plus Good Games’, ‘Shadow Tactics, from Daedalic Games’, ‘Kingsway, from Cartoon Interactive’, and ‘Steamworld Dig 2, from Image & Form’.

The voting closed on this 11th March and the winner titles are out now.  These are Shadow Tactics, and Strategy-RPG Tales from Candlekeep: Tomb of Annihilation. And as announced, they are now available for free download! 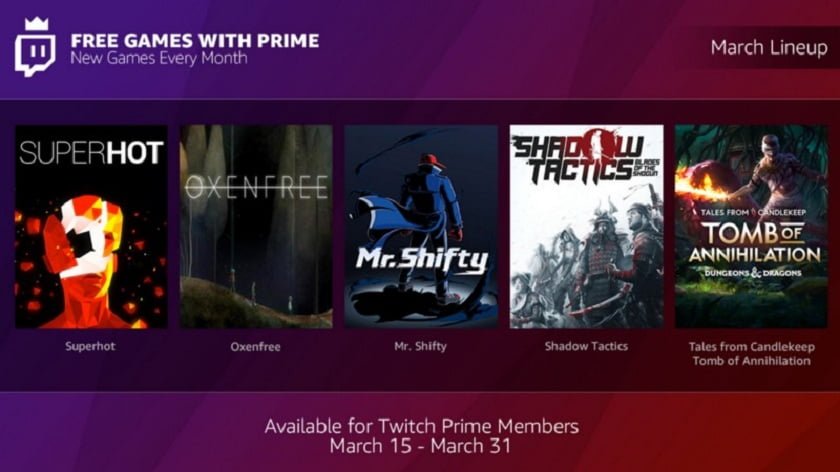 Amazon has added a new feature for its Twitch subscribers, ‘Free Games with Prime‘. It is along the lines as ‘Sony & PlayStation’ and ‘Microsoft & Xbox’ that have similar monthly programs for their Prime subscribers.

Download the listed games within a window frame of fifteen days starting from 15th March 2018 and they are all yours forever. Joining the winners, the other trendy video games available for free are Superhot, Oxenfree, and Mr. Shifty.

Bunch of free games’ for April month is also out now. The list includes Tales from the Borderlands, SteamWorld Dig 2, Kingsway, Tokyo 42 and Dubwars.

The other titles from Twitch Prime Indie Amplifier will also appear in free window frame in the coming months, though not in any particular order.

Twitch Prime is available as a free gaming account on Amazon Prime. It offers the best platform for real-time live streaming of video gaming, and esports content, as well as entertainment and vlogging. It is the largest live-gaming site with 9.7 million daily active user base and more than 45 million gamers meet monthly to broadcast, watch and chat about gaming. 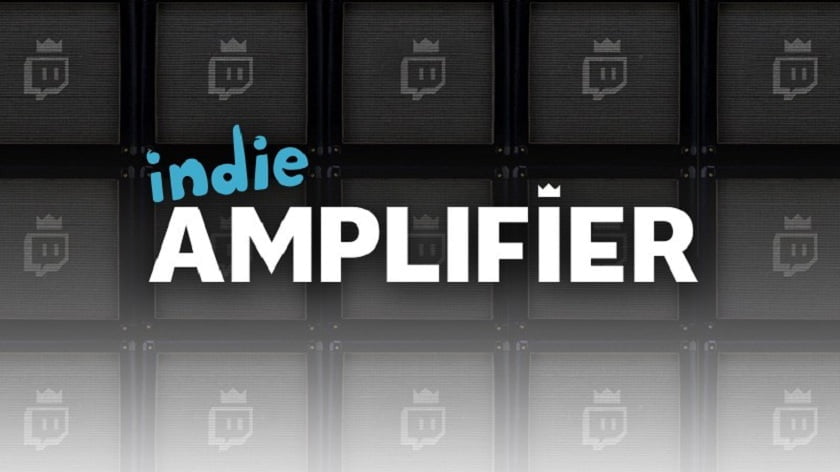 The games are free for download on Twitch Prime

Launched as TwitchTV in 2011, it was a spin-off brand of Justin.tv. Amazon acquired Twitch in 2014 worth $970 million in cash. Amazon designed a series of goodies for Twitch users to upgrade their subscription by joining Amazon Prime. It certainly added value for its Prime subscription and excitement among the youth. The offers included discounts on game pre-orders and new releases, in-game bonuses, and an ad-free Twitch experience that includes a free monthly Twitch channel subscription. Amazon updated the Prime members’ subscription to Twitch Prime in 2016. The program has now reached 200 countries around the world.

Presently, Amazon Prime subscription is worth $12.99 per month, or $99 per year, and will give you access to enjoy all its benefits.

Gamers! Just keep in mind that the offer for specified titles remains open for a fortnight only. Once the 15-days duration collapses, new video games are released for free download overwriting the previous ones. Keep an eye on your favorite title to release on the ‘offer window’.

Twitch Prime Is For Gamers To Spend Money On Amazon