Lime to expand its fleet of electric motorcycles and scooters.

There is major news from Lime, as the company announced its new electric motorbike.

Lime is one of the largest rental scooter companies in the world. The company has been producing scooters for people who would prefer to use them for a short trip rather than drive.

Recently, the e-bike company announced that it would be releasing its newest electric bike from its moped fleet called “Lime Citra.” The company also stated that it would begin testing it in Long Beach, California. We can expect to see several hundred units during the testing. Lime has also said that it doesn’t plan to test this electric motorbike in any other location for now.

However, earlier this year the scooter rental company silently stopped its shared moped program in Washington, D.C. and New York City. The company said that it aims to produce electric motorbikes with a lower speed rate and that they could be used on the bike lane instead of on the main street. This implies why the mopeds, which were introduced some time last year, were discontinued since they had a maximum speed of about 30 mph. 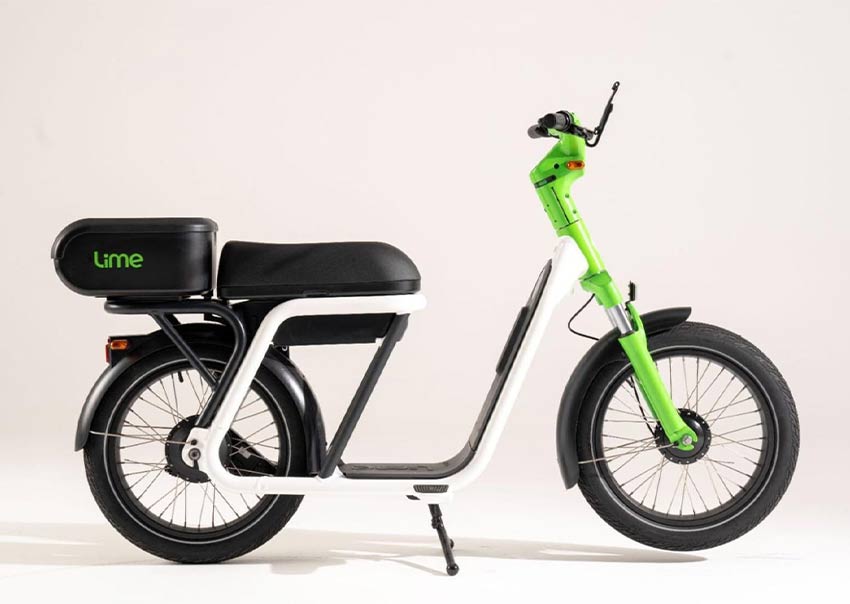 The vehicle was also designed with the goal of making it more appealing to females by the startup mobility company. Since a lot of women complain that riding a scooter doesn’t look great on them, this could be a good opportunity for female riders. Lime’s senior director of corporate communications, Russell Murphy, said in a statement:

“We’re hoping with the new vehicle to get more women riders, as well. We want women to see this as something that’s for them in a way that they might not with scooters. There are various components, like the fact that it’s seated, it’s a bit lower to the ground, it appears visually a bit safer because you have this more robust vehicle under you, but it’s not as heavy as a moped.”

These electric motorbikes will bring a lot of ease for many people, especially since most people would prefer to use them to get to a close destination rather than drive a car.

Lime Citra is a unique vehicle for many reasons. Firstly, the motorbike is an electric vehicle, which means you can use it freely without worrying about the gas price hike. This is a great advantage for many, especially with the soaring gas prices these days.

However, the Lime Citra has a maximum speed of about 20 mph which means that you can’t expect it to take you to a far destination quickly. The electric motorcycle travels up to 30 miles after being charged.

It looks so much like a bicycle and has a large padded seat. It also lacks pedals, unlike regular motorbikes and bicycles. Instead, you will have to sit down on it and use the throttle to move around. The vehicle also has front and rear lights. The electric motorcycle has a really powerful battery which has supposedly been tested by Lime for the past six months.

The electric motorbike also comes with front and rear turn signals, which can help a rider once on the road. At the back of the vehicle, there is a storage trunk that can be used to keep things safe until you get to your destination.

The electric motorcycle also has a weight of about 330 pounds, which makes it an extremely lightweight vehicle. It has an overall power of about 750W and has a peak rating of about 1200W.

Lime’s electric motorbike is an excellent solution for many people, especially with the gas price hike that has affected everyone. The soaring gas prices have been a problem for most people, and using an electric motorcycle could be the solution to your problems.