Looking for a smartwatch under $300?

Smartwatches are a handy device for using applications on the go, without having to carry the smartphone along always.

Smartphones are efficient tools for health, fitness and sleep tracking. Whether it is a workout or a run, one can track the run miles or the calories burnt during a workout through a smartwatch without having to carry the smartphone. Smartwatches are aplenty with most of them fulfilling the most basic needs. If you’re looking for budget smartwatches under $300 then you must first explore what unique features each one of them offers.

Some of the best smartwatches under $300 include the following:

This high-quality smartwatch is available in three different colours of black, silver and rose gold. The watch has excellent Bluetooth capabilities that enable the user to connect it with the phone both on Android and iOS to make calls. A well-lit screen and easy visual of settings on the screen makes it a convenient tool for use. The smartwatch comes with a wireless charger and requires only 2 hours of charging to get the battery to full capacity.  The watch is available in two sizes of 42mm and 46mm. One of the distinctive features of this watch is the health features like breathing features, sleep tracking and heart rate monitoring among many. There are also a handful of useful passive features like schedules, calorie intake, workout detection, pedometer, weather, heart rate monitor, alarms, and sleep tracker. 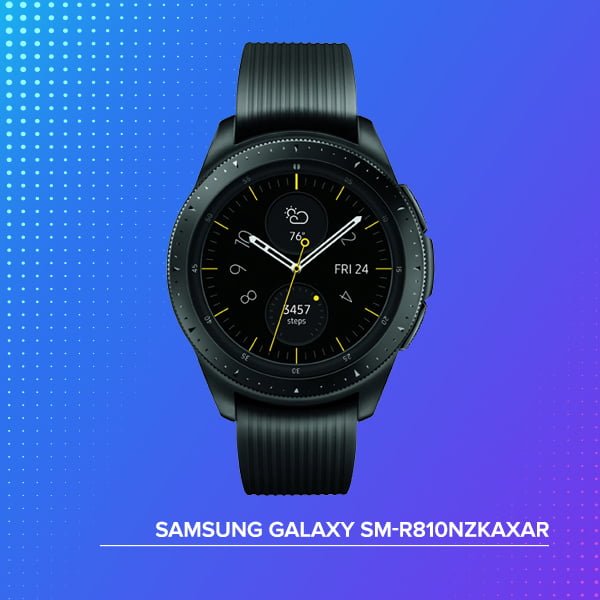 The Fitbit took the smartwatch market by storm when it was launched first in the year 2009. The smartwatch is useful for health tracking, and exercise and the recently launched Fitbit Versa 2 has all the advanced and upgraded features to make health tracking more efficient. Compared to the earlier model, the Fitbit Versa 2 has fewer buttons, a vivid screen with excellent colour display, extra storage capacity and Amazon Alexa. The battery capacity of the smartwatch is 5-7 days. The Fitbit Versa 2 can also be connected through Wi-Fi in addition to Bluetooth 4.0. Some of the essential features of the device include an NFC wallet, Amazon Alexa, voice command, Uber, Starbucks, 24/7 heart rate tracking, Spotify, APPs and on-screen workouts, among others. The device is a perfect tool for swimmers because of its high water-resistant capabilities. 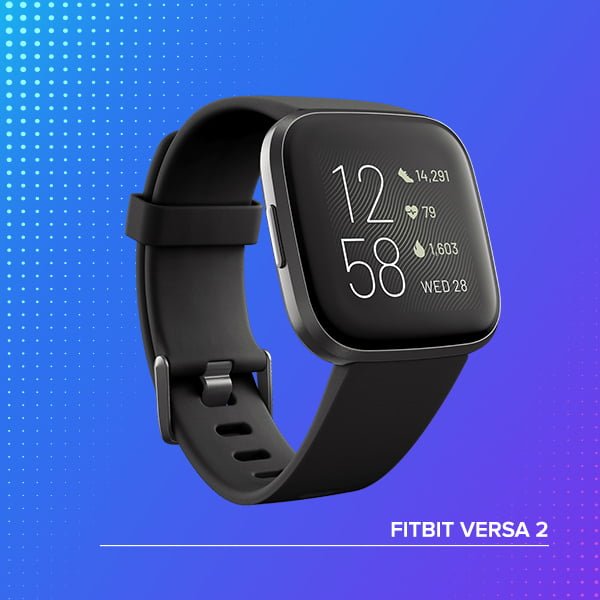 The Garmin Instinct smartwatch is one of the famous and best smartwatches in the market. It is also one of the highest-rated and reviewed device on the market because of its sturdy build. The device is specifically built to withstand rigorous environmental conditions. With an enhanced battery life that lasts up to 14 days in regular mode and 16 days on GPS mode, the device also boasts of 40 days of battery life on UltraTrac battery saver mode. The smartwatch has a built-in barometric altimeter and a 3-axis compass and can also help the user track the health with trackers of stress, heart rate, and activities. 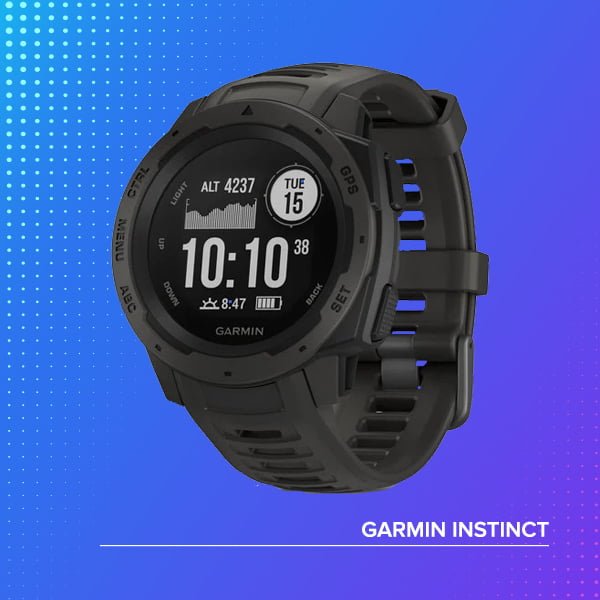 The steel body Fossil Gen 5 Carlyle has a responsive screen, built-in speaker and an integrated sensor that enables the watch to monitor the heart rate. The smartwatch is available in three colours of black, brown, and grey. Other additional features of the device include a heart rate monitor, NFC, smartphone notifications, and GPS facility. 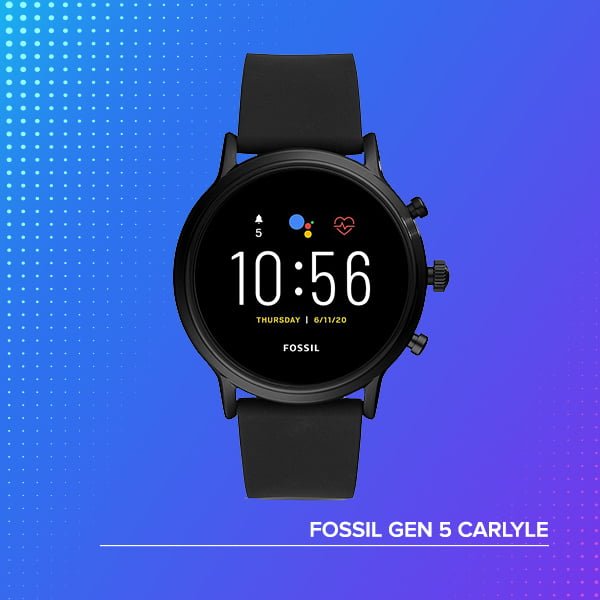 Another smartwatch from the Samsung Galaxy stable, this model is one of the highest-rated smartwatches on the market. The Galaxy Watch Active2 device is available in three colours of aqua black, cloud silver, and pink gold. It also has a built-in pace coaching tracker that tells the wearer to slow down or speed up. Sized at 44mm in diameter, it is a lightweight accessory on the wrist!  The sleep tracker in the smartwatch not only tracks the sleep patterns but also offers tips for better sleep. One can also speed through the APPs by circling the lower part of the screen. 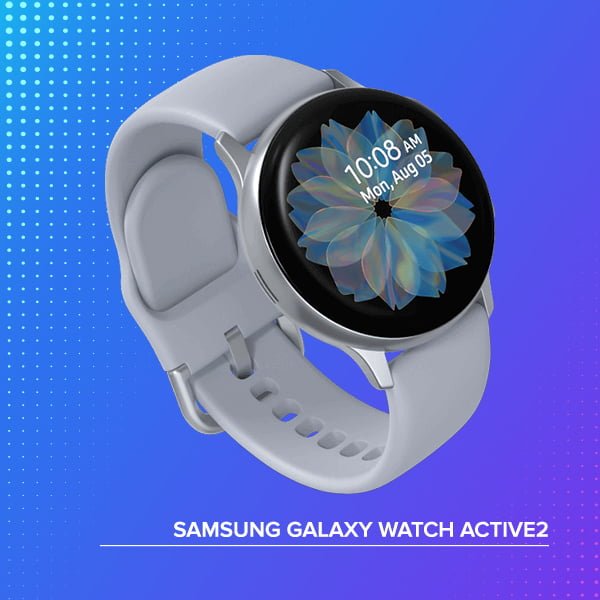 Evershop Smart is a perfect choice if a person wants a cheap smartwatch. Though the device doesn’t come with a TF card, one can purchase it separately. The smartwatch has an efficient fitness tracker, heart rate monitor, as well as a sleep monitor. One of the distinctive features of this Evershop smart watch is that it can make phone calls on its own. There is also a mini camera screen on the right side of the watch, whereby the user can capture pictures and videos. Also, once it is paired with the phone, the remote camera function enables taking photos with the phone just by clicking a button on the watch. The watch also notifies the wearer about any incoming calls or messages. 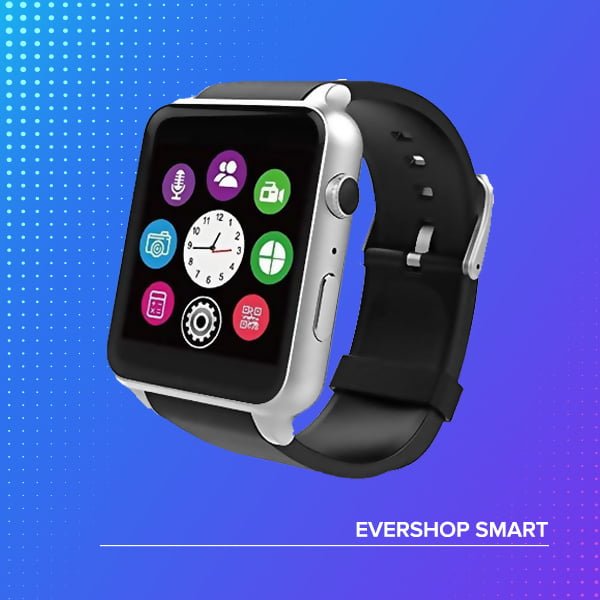