Just when we thought that only high-tech devices could baffle us, technology went one step further. Almost everyone is well aware of the trend of smart wearables and a majority of us already own them or are craving to make the purchase. As people are willing to disturb their budget to get their hand on these wearables, innovators decided to add a style quotient to it as well. This makes a smart wearable even more appealing than it already was. One of the latest products of this concept is the Louis Vuitton smartwatch.

Louis Vuitton is a luxury designer brand which has earned its name in the high-end line of fashion for a long time now on an international basis. Owning a product by this brand is the biggest asset in fashion. And now this fashion giant offers technology enveloped in its stylish designs. The designer brand announced on Tuesday its first Android Wear smartwatch dubbed Tambour Horizon. Tambour is a signature watch range by Louis Vuitton which has been ruling the timepiece market for the past fifteen years. Before this, Tag Heuer and Michael Kors had come up with similar wearables. 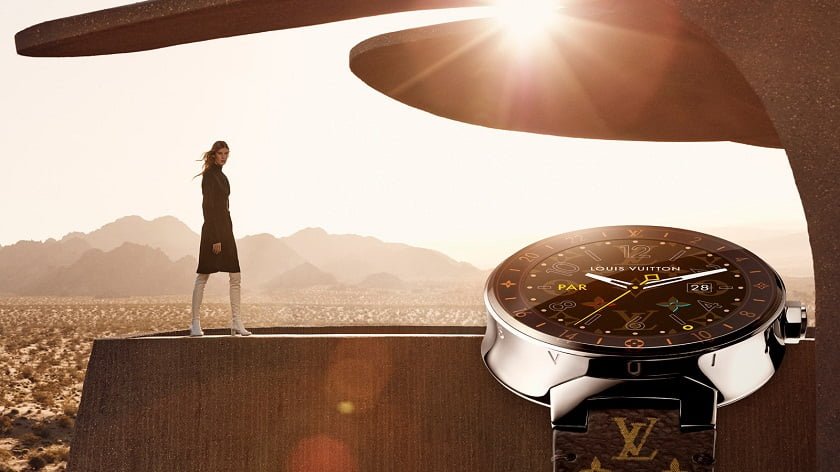 About the Louis Vuitton smartwatch

This exclusive Android Wear smartwatch has been produced with the help of Google and Qualcomm. The Louis Vuitton smartwatch will come with a 300mAh battery which will last for a day. Along with this is a 521MB RAM and 4GB of storage. Usually, smart wearables have an optical heart rate monitor situated on the underside of the case. Here it is not available which signifies that the watch pays more heed to the design than the health of the individual. It features a stainless steel watch case with buckles made with sapphire glass.

The user is given 60 interchangeable strap options to make the watch look as good as new whenever one wants to. The Louis Vuitton smartwatch has three models; Monogram, Graphite, and Black. The Graphite and Monogram models will cost you $2,450 whereas the Black one is worth $2,900. The Tambour Horizon has the Android Wear 2.0 software covered with the designer brand’s gloss. The watch has exclusive apps such as My Flight to take you to the nearest airport and CityGuide which suggests places to hang out when one lands. The overview of this watch gives us an idea that it is designed to cater to a rich man’s needs.