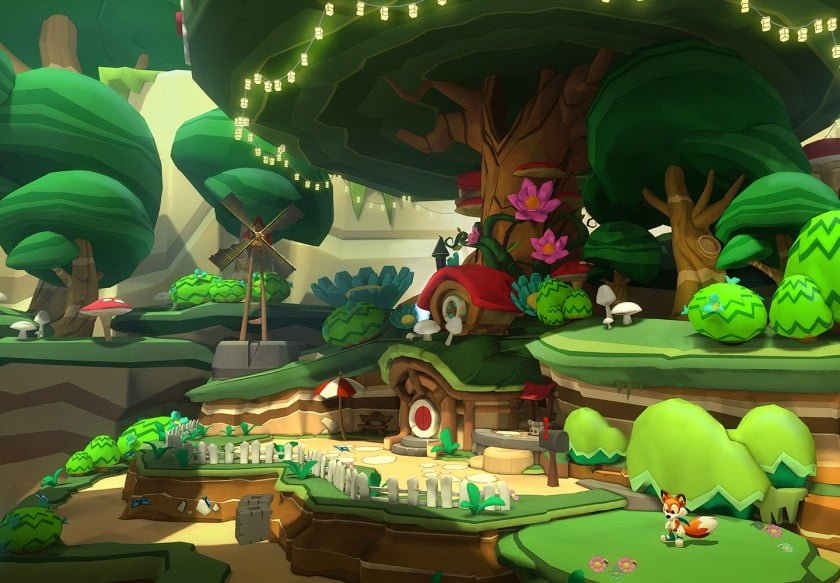 Finally, 2016 is almost here! Since a very long time, the anticipation of the New Year has been fuelling up consumers’ desire for virtual reality. It was decided when Facebook’s Oculus Rift marks its debut in the consumer world, a free game would be provided along with the virtual reality headset. The review of the first VR game for Oculus Rift by the users will have a huge impact on the overall VR industry as well as the device.

The anticipation for the first VR game for Oculus Rift is over. The VR headset makers announced Lucky’s Tale as the one to be surfaced with Oculus. Lucky’s Tale is developed by a Texas-based company known as Playful Corp.

The first VR game for Oculus Rift is all about controlling a funny fox as he goes around navigating his own way through a fascinating world with lush environments and dozens of locales. Earlier this month, the VR headset maker also announced the shipping of EVE: Valkyrie, which is space-themed from the makers of Iceland. The pre-orders for the game have been given to the developers according to the officials.

Games and gaming consoles together have a long history. Every time a gaming console is launched, a free game is provided as a path to drive its way into initial market sales. Definitely, VR systems will include apps that go way beyond gaming, but game aficionados are being expected as the initial consumers of VR sets, as they are known to be tech savvy.

So, an introductory game, which would be available for free, might prove to be a boon for the initial sales of VR industry and Oculus if it strikes a perfect chord with the players. Similarly, poor reports and reception of the games can cause some serious damage to the industry in its initial phase.

Founder and CEO Playful, Paul Bettner, also happens to be the co-developer of ‘Words with Friends’, which became an instant hit in the world of mobile gaming. Bettner is also amongst the $5,000 backers in the initial stage of the crowdfunding campaign that was started for Rift before it was sold to Facebook in 2014 for $2 billion.

The VR headset makers are all set to ship their devices in the first quarter of 2016 with first VR game for Oculus Rift being Lucky’s Tale. The Oculus will be available to consumers for USD $1,500, and it will also include a powerful PC to support the VR tech; prices of the headset are yet to be revealed.

Oculus is the most anticipated VR device of the year 2016. It is initially targeting millions of PlayStation and Xbox gamers. To boost the rate of sales among these initial consumers, Oculus is collaborating with various developers to collect VR games for its headset. Also, Oculus has its own studio to develop contents for itself.

Read more on Technowize: The Magical Era of Virtual Reality