Luxurious Gadgets for a Better Lifestyle!

The invention of gadgets took place in order to make life easier for human beings. But now it’s not just limited to make one’s lifestyle convenient and smoother. Due to smart technology and rich consumers, the demand for luxury gadgets increases. In today’s society, a luxury gadget isn’t just to make an action convenient but it is a status symbol. Yet people choose to splurge large chunks of money on them. Here we have a list of five such luxury gadgets which are tempting to own as well as amusing to know about.

Young parents these days have the habit of taking their infant in a stroller while they walk or jog. But it gets inconvenient when one needs to keep pushing the stroller while jogging. This is where the Smartbe Stroller gets handy. This stroller doesn’t just have an engine to roll it around automatically but is much more than that. It has a baby camera to keep an eye and also a sensor to maintain a certain distance from one’s body. The other features it has are temperature control, a bottle warmer, wireless speaker for lullabies and an anti-theft alarm. Currently, this Smartbe Stroller is available for $2,750 on Inidegogo.

A French start-up Seven Hugs has invented a universal smart remote. With a sleek design, this remote is claimed to be the world’s first contextual remote. This is because it uses indoor localization technology and dynamic adaptation of display and control. It enables one to control any smart device in one’s home just by pointing the remote in the direction of the device. Be it a T.V, speakers or even lights, it can control everything. This Smart Remote will cost around $200 and is touch-based. It also saves the task of going through multiple steps. 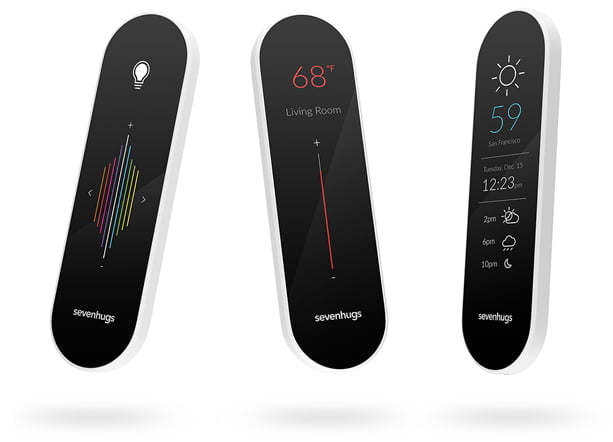 An Israeli robotics company has created a prototype of a Smart Suitcase. This suitcase will follow around its owner like a loyal puppy. This suitcase can be kept in control via a smartphone app. A camera sensor and Bluetooth technology work together to locate the owner to trail by his side. This suitcase only works on flat surfaces hence it’s only useful for airports and hotel lobbies. A USB port will enable portable charging of smart devices. The other features are anti-theft alarm, location tracking and a built-in scale which notifies regarding the weight limit. This Smart Suitcase will be available in the market in about a year.

The Super-Pens brand Styljoux, which was founded by Lunal Giumali has been trying to implement the latest technology. This brand will launch two collections of luxury writing instruments, namely Flamingo and Le Calibre. Flamingo has an in-built proximity alarm which is in connection to one’s smartphone. Hence in case of loss, one can always fetch it. It has a sophisticated exterior which adds to the class of this device. On the other hand, Le Calibre has a sporty look which allows the user to shift the weight of the pen for maximum comfort. 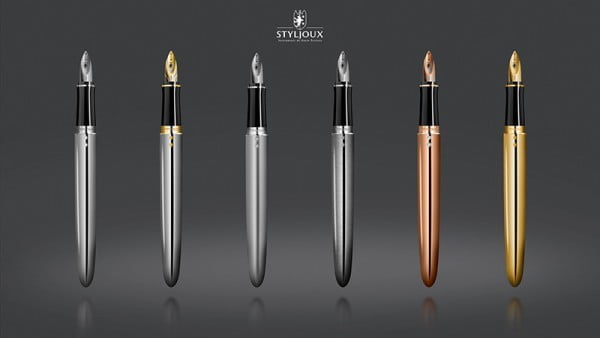 This picture frame forms sensory illusions which give the effect of time slowing down to the person. This picture frame known as “Slow Dance” uses light and vibration to create the illusion of slow motion of the object placed. Any lightweight object can be placed in it and the illusion of that object moving back and forth slowly is created. Technically, this illusion is created by strobe lights blinking at 80 times per second. This rapid movement is invisible to the naked eye. Such movement is in sync with high-speed vibrations for proper effect.