The next-gen chipsets are likely to catapult a giant leap in terms of overall performance.

M2 Pro & M2 Max, the next-gen chipsets from Apple, are here, finally! It has been a long wait for the new MacBook Pro and at last, it has been unveiled by the Cupertino-based tech-giant in a surprise announcement.

Apple, which usually holds the first event to exhibit its new products in March, when new iMacs and allied accessories are introduced to the world. But it’s a rarity that to the surprise of the Apple loyalists and the tech world in general, the power player brought the new set of MacBook Pro laptops forward as early as in January.

It has been learnt that available with both M2 Pro & M2 Max chipsets, the elegant monster will become even more powerful to bring a much more enhanced performance on the table. Let’s delve deeper with the new MacBook Pro to figure out what’s in store. 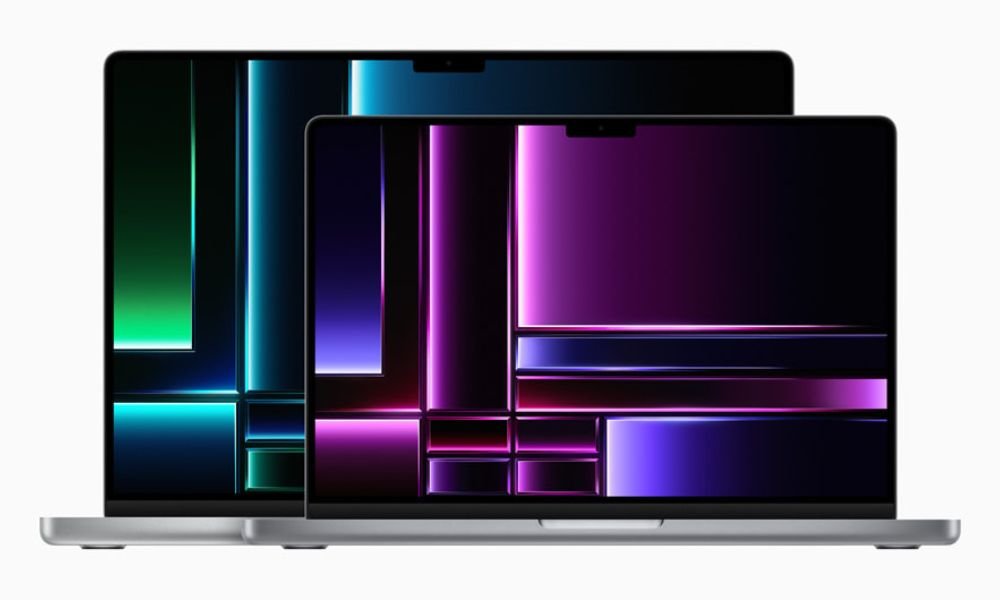 It has been learnt that these two next-gen chipsets will also result in the longest battery life ever in a Mac, which is indeed another massive value-addition. [Image Credit: Apple]

Apple promises that the new MacBook Pro with M2 Pro & M2 Max chipsets, will offer up to 6x faster performance than the fastest Intel-based MacBook Pro. It will also provide support for up to 96GB of unified memory to meet up with the demands of pro workflows.

Moreover, it has been learnt that these two next-gen chipsets will also result in the longest battery life ever in a Mac, which is indeed another massive value-addition. Greg Joswiak, Apple’s senior vice president of Worldwide Marketing, highlighted the long-legacy of Mac and declared with firm belief that this change will help it open up a whole new chapter altogether.

“MacBook Pro with Apple silicon has been a game changer, empowering pros to push the limits of their workflows while on the go and do things they never thought possible on a laptop,” he said in the official release. He further adds, “Today the MacBook Pro gets even better. With faster performance, enhanced connectivity, and the longest battery life ever in a Mac, along with the best display in a laptop, there’s simply nothing else like it.”

Let’s have a quick look at the specific changes that these two high-tech chipsets are going to orchestrate in the new MacBook Pro.

With M2 Pro on MacBook Pro

With M2 Max on MacBook Pro

It’s Hard to Look Anywhere Beyond

In the new MacBook Pro you will enjoy Wi-Fi 6E3 for faster wireless connectivity, alongside advanced HDMI, in order to support 8K displays up to 60Hz and 4K displays up to 240Hz. Certainly, another great perk on offer.

On the other hand, thanks to the luminous presence of macOS Ventura, you will have massive updates like Continuity Camera bringing video conferencing features to any Mac, including Desk View, Center Stage, Studio Light, and more.

Now, Handoff in FaceTime will allow users to start a FaceTime call on their iPhone or iPad and seamlessly pass it over to their Mac, or vice versa.

Moreover, tools like Stage Manager now automatically organize apps and windows, letting users concentrate on the task at hand and still see everything in a single glance.

Both Messages and Mail have become significantly enhanced, whereas Safari, dubbed as the world’s fastest browser on Mac, invites you to a passwordless world with Apple passkeys. In addition to all these, you will also get iCloud Shared Photo Library to share your precious moments with friends and family, along with the new Freeform app, meant for effortless collaborations.

Courtesy of the new set of Apple silicons and new developer tools in Metal 3, you can dive into an immersive gaming experience in the new MacBook Pro.

Come January 24, the freshly crafted MacBook Pros with M2 Pro and M2 Max chipsets, will hit the stores and they are priced at $1999 and $2499 (for the 14-inch and the 16-inch model respectively). Stay tuned as we will soon get back to you with exclusive reports of how they fare ultimately after their release.

When will the new MacBook Pro become available?

The freshly crafted MacBook Pros with M2 Pro and M2 Max chipsets, will hit the stores on January 24.

How much does the new MacBook Pro cost?