Apple has us excited with their latest 2021 MacBook Pro models. The new designs come in 16.2 and 14.2-inch size options, and they’re finely equipped with more ports, mini-LED displays, a memory of 64GB, and so much more.

In this blog, we’ll go over some of the most significant features to help you make a concise decision on purchasing the new MacBook Pro. 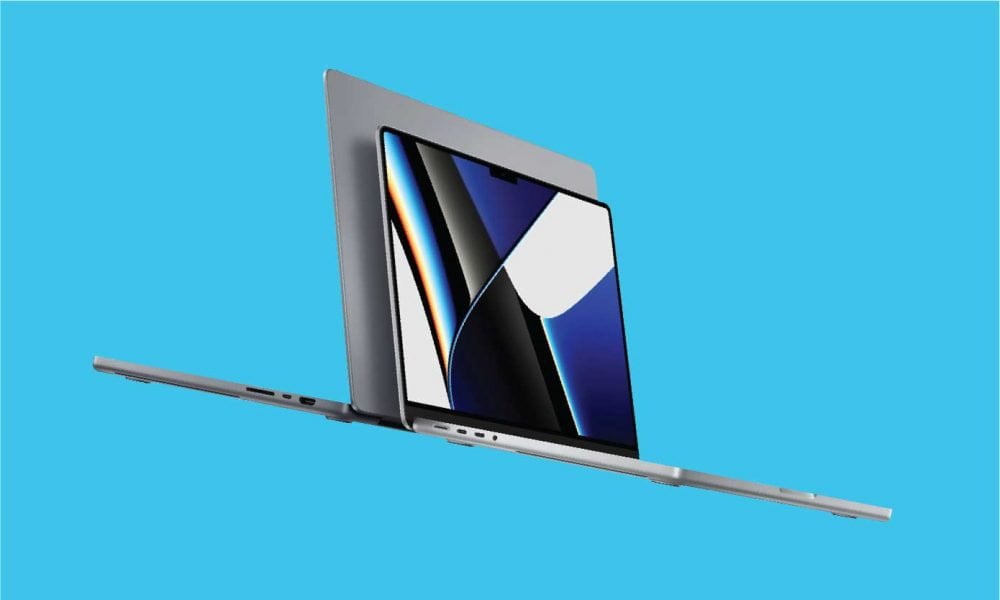 A complete redesign of the new MacBook Pro has been made in various ways.

A complete redesign of the new MacBook Pro has been made in various ways. The new MacBook Pro still holds onto its aluminum design, but it also got a different shape as it is flatter with less curve at its rear. Featuring inch-sizes 16 and 14, the MacBook Pro comes in at 12.3×8.7×0.6 inches, and it is also an extra inch larger and sturdier than the older Macs.

The new MacBook Pro also features a notch for the camera on top, an all-black keyboard, unique additional ports, and a large trackpad.

The internal design of the MacBook Pro has adjusted the internal space and is assembled around an ultra-modern thermal system. This system can pass more air than the previous Mac machines, even with low fan speed.

The newly upgraded MacBook Pro models come with a well-equipped “Liquid retina XDR display” that works with a mini-LED tech, the same one featured in the 12.9-inch iPad Pro.

Supporting Apple’s ProMotion and HDR display, refresh rates can be achieved at about 120Hz. This activity is aided through the mini-LEDs (10000) that have been individually grouped into dimming local zones.

It is imperative to say that both models offer impressive battery power.

The 16-inch MacBook Pro provides 21 hours of non-stop playbacks of your favorite music, videos, or documentary, plus an effortless Webstream of up to 14 hours. The older 16-inch model provided 11 hours of playback of videos, music, or documentary and 11 hours of Webstream access. Now, that is a notable difference. The 16-inch pro model also works with a 140W adapter power.

The 14-inch MacBook Pro model alongside the M1 pro/ Max chip gives up to 17 hours of non-stop music, videos, and documentary viewing and 11 hours of Web streaming in contrast to the 2020 Intel model that offered only 10 hours of both. The 14-inch Pro model also works with a 67W adapter power.

As far as port goes, the MacBook Pro models are equipped with an HDMI port that allows a 4k display at 60Hz. It is also equipped with an SDXC card that can run at speeds up to 250MB/s. It also features a headphone jack plus three thunderblt4/US4 Ports that support up to 40GB/s speed, and it can also serve as a Display Port.

The MagSafe Port was also brought back by Apple, and it was accompanied by a Magsafe cable which can serve for charging purposes. The MagSafe charging port also is one of its best features.