A DNA-testing company named DnaNudge has made a revolutionary step in its effort to make U.K. hospitals safer and protected during the COVID-19 pandemic. It won a 161-million pound ($211 million) order for 5,000 machines and a supply of cartridges to effectively test patients for the new COVID-19 virus across hundreds of National Health Service hospitals in the U.K.

Its founder Christofer Toumazou who is a professor at Imperial College London has invested months of efforts to retool a toaster-size machine that he originally developed to scrutinize people’s DNA so that users could relate their diet to their heredity. Now his lab will be used to see whether the patients arriving at hospitals for treatments and surgery, cancer treatment, and other procedures have the Covid-19 virus. “We could be venturing into a very new and different world when we come out on the other side of this pandemic situation,” Toumazou stated. 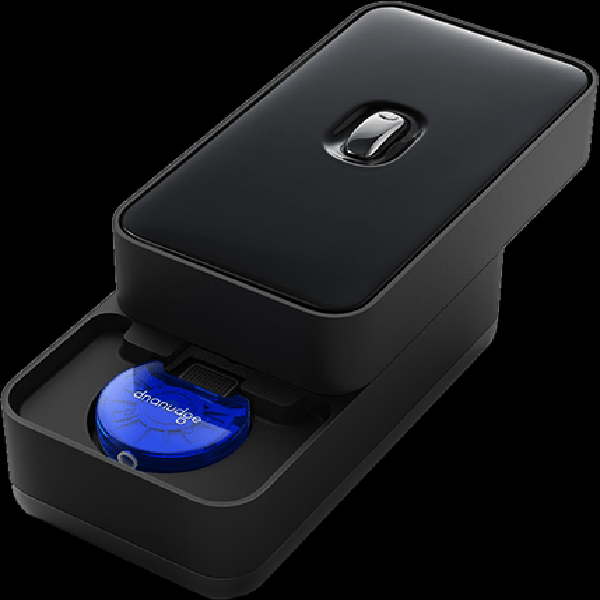 His DNA machine named the ‘Nudgebox’ delivers a COVID-19 result in 90 minutes instantly on the spot. There is no need to ship any samples to a lab; the machine requires only a nose swab or some saliva on the spot. It can also identify the COVID-19 flu as well as another common lung ailment known as the respiratory syncytial virus.

The U.K. government in July ordered 450,000 rapid tests from DNA testing company Oxford Nanopore Technologies. Innovative diagnostics are more rage and a newer way of British science being deployed to fight the pandemic situation. Coronavirus testing has emerged as a sensitive topic across the U.K. after early efforts to speed up diagnosis faltered. Thousands of tests ordered earlier turned out to be flawed, thus preventing a scaling up of detection that is envisioned by the Prime Minister Boris Johnson’s government.

Graham Cooke, a professor of infectious diseases at Imperial College London, stated that he was doubtful at first about the Toumazou’s device being useful. “If you have someone coming in and you’re not sure if the person has the virus, you can decide where they should be sent to,” he said. “You don’t want to place the wrong person in the wrong spot.” Some of the Nudgeboxes that are ordered have already been rolled out across eight London hospitals and health-care centres, where the doctors and nurses can use them to test patients and see who are isolated quickly.

Toumazou was worried more about his children as the pandemic unfolded and overwhelmed the NHS resources. However, his thoughts also kept fluctuating back to the device whose new technology was lying unplanted as a result of the crisis. It was during that time he turned to his biggest investor- the former Thai prime minister Thaksin Shinawatra, who agreed to invest cash into the business to fund the transition.

The device then went from being able to analyze human DNA to the narrower and more refined task of recognizing the genetic blueprint of the SARS-CoV-2 virus. It also had a feature that ensures a proper sample shall be taken, which means it’s easy to know whether a patient needs to be retested or not. Nowadays, Toumazou spends most of his time at NHS hospitals in London and Oxford, evaluating the use of Nudgeboxes for COVID. They’re regularly conducting hundreds of tests each day, and he sees ample opportunities for expanding applications. The test devices can also be used for quick testing in airports or businesses when they doubt that people have symptoms.  There is also a possibility of taking up DnaNudge’s original mission, which is to help people match foods to their genetic predisposition and heritage. This is effective to avoid conditions like diabetes and kidney disease that might make them more vulnerable to Covid-19.

Quarantine Apps You Can’t Live Without

Zoom shares fall 12 percent despite strong earnings for the quarter