Publisher 2K announces Mafia Steam version would be available for free to celebrate its 20th anniversary.

It’s time to raise a toast and Hangar 13 Games Studio along with 2K have made an apt announcement that sounds absolutely incredible – Mafia Steam for free! This comes to the utter delight of the global gaming community and as an integral part of the 20th anniversary celebrations of the hugely popular action-adventure game. Let’s revisit those dark alleys of organized crime, drenched in blood alongside sheer lust for power and unfurl what’s in-store for the Mafia fans.

The Mafia franchise was unveiled on August 28, 2002 and gave GTA III a run for money. Come 2022, it stands on a different pedestal altogether as one of the best open-world games ever. In the time in between, we have had Mafia II and Mafia III in 2010 and 2016 respectively. There was a special remastered edition of the original in 2020 called Mafia Definitive Edition with a modern gameplay-approach. 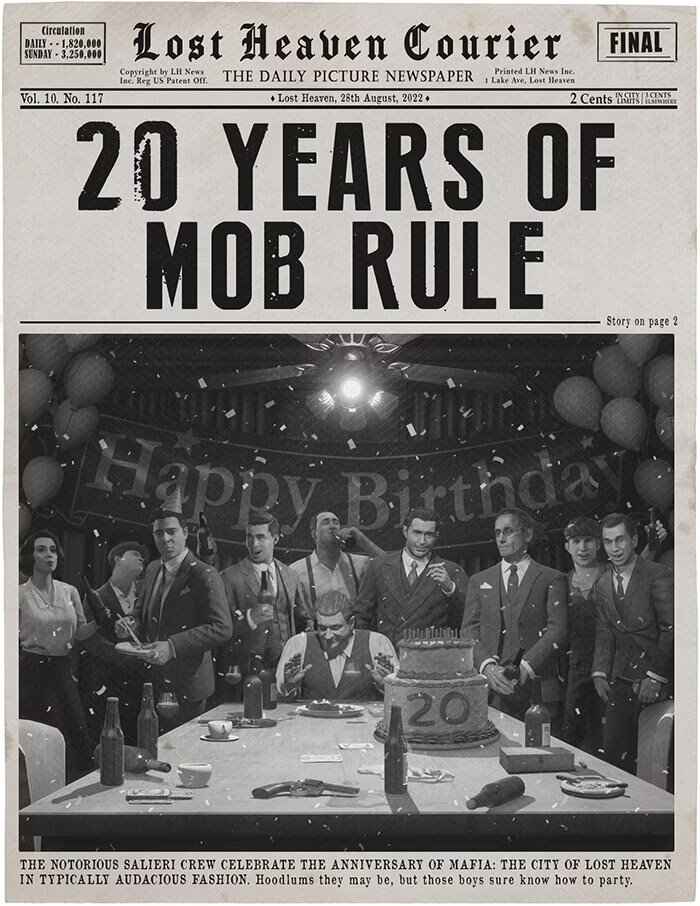 Mafia Steam version has been announced for free by its developer Hangar 13 Games Studio to celebrate the 20th anniversary of the popular action-adventure game. [Image Credit: Mafia Game]

The Steam engine produced by Bellevue-based Valve Corporation is still running riot across the gaming industry even after several months of its worldwide release. Gamers are engrossed with the all-new gaming tool that offers the real feel of PC games in a handheld, portable device – first of its kind indeed. Hence, it’s no wonder that gamers have gone completely berserk as the crazy announcement of the Mafia Steam version for free was made by its developer Hangar 13 Games Studio and publisher 2K Games.

When Will It Be Released?

The Mafia Steam would be up for grabs for free on September 1, 2022.

How Long Will It Stay?

This gem of an offer will remain valid till September 5, 2022.

How Can You Play It?

You have to buy the Mafia Steam for free from Steam and it will be shelved on your Steam Library forever. Soon afterwards, the Steam version of the cult-classic action-adventure game will show up in your Steam Library. Simply click on it and get started with the walk down the memory lane of Mafia.

For long gamers were eagerly waiting to know about the arrival of the next edition of Mafia. It has been years since we saw Mafia III. For the uninitiated, fans of the Mafia franchise were worrying as the reports of a major layoff broke out a while ago. But setting all speculations to rest the developers at the Hangar 13 Games Studio, which happens to be its official developer, has declared in a recent interview that the work is in progress so far as the new Mafia game is concerned.

When Can We See the New Mafia Game?

There has been no concrete announcement yet, but developers at Hangar 13 Games Studio have hinted that the new edition of Mafia could be released within a year or two. Again, there’s no official confirmation from either its developer Hangar 13 Games Studio or its publisher 2K Games. So, the way things stand it could take more than two years and gamers have to resort to a long wait to lay their hands on the new edition of Mafia.

How to Use GTA 5 Mods for PC? Here’s the Comprehensive Guide