Make in India: Apple might start assembling iPhones in India

IN BRIEF: According to a report on WSJ, Apple is in discussion with the Indian government about the possibility of manufacturing in India. While Apple products may not actually be manufactured as such, they’re likely to be assembled there.

The Cupertino, Calif.-based company sent a letter to the government last month, outlining its plans to move ahead. It is also seeking financial incentives from the government for the same. 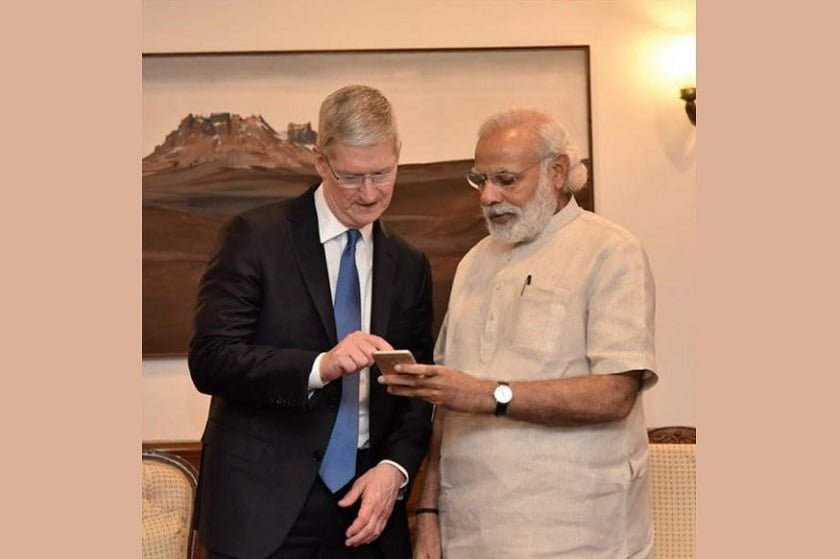 Apple in Talks with Indian Government

Apple product prices in India are preposterous and possibly higher than those in U.S. Currently, most Apple products sell for anywhere between 20 and 40 percent more than U.S. or Singapore prices. The exorbitant prices in India deters many buyers who want to shift from Android or Windows to iOS.

In recent years, Apple iPhone sales have dramatically dropped, and the company sees great potential for growth in the untapped markets of India, China and Brazil. With the company’s decision to assemble iPhones in India, it may finally be able to market its product at a lower price. Currently, the Indian government levies heavy taxes on electronic products like smartphones imported to India to encourage the Make in India initiative.

Make in India is one of the key initiatives launched by the Indian government to encourage multi-national, as well as national companies to manufacture their products in India. To incentivize, the government is giving tax breaks and several other hefty benefits to companies.

There have been rumors about Apple wanting to assemble its products in India and also setting up shop have been doing rounds for almost a year now, following Tim Cook’s visit to India and his meeting with Indian prime minister Narendra Modi. Apple finally took the plunge when the Indian government relaxed the norms around single-brand retail stores for foreign entities.

More Plans to Make in India

Earlier this year, Apple sought the Indian government’s permission to sell refurbished iPhones in India. The proposal was, however, rejected as refurbished and old electronic products would only add up to the e-waste in India.

A majority of Apple’s products are manufactured in China by Foxconn. The iPhone maker Foxconn also has factories in India where it assembles smartphones for Xiaomi, InFocus, Nokia and others. With Apple assembling iPhones in India, it may finally be able to price its products more competitively.

Interesting, Apple does not have a single flagship store in India. It mainly sells its products through distributors such as Ingram Micro and Redington. The Cupertino, Calif.-based company manufactures in six countries including the U.S., Korea, and Japan.