Playing video games and competing to get the high scores was the most amazing experience a decade ago. But not gone are those days for we have Albert Gajsak created Makerbuino; an Arduino based DIY retro gaming console that looks like a game of the early days.

The 18-year old creator Albert Gajsak was aiming to build a device which is fun and educational for the video game obsessed youths. So the gaming kit comes with all the necessary electronic components and all you have to do is to structure them to develop a working model. The only additional things you would need are some basic electronic tools and an interest in technology. 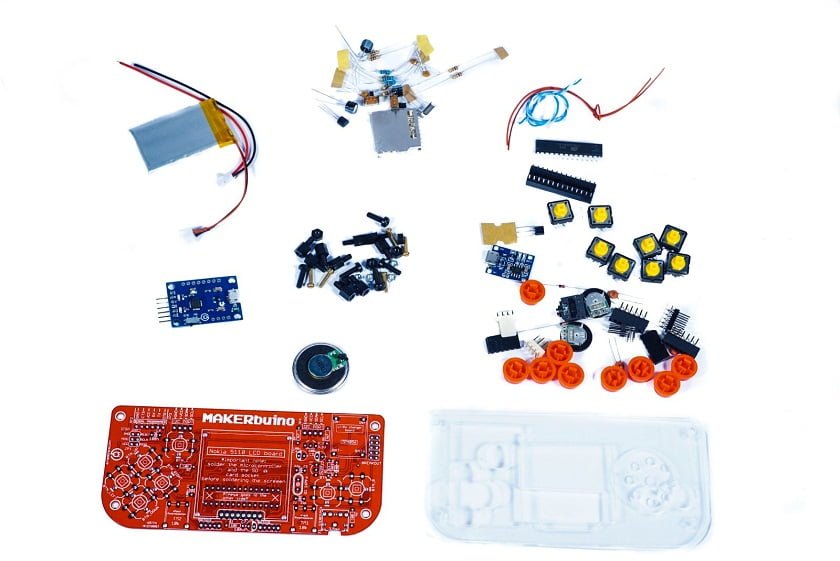 You would obviously not be able to play the latest Call of Duty and similar games with the console. But there are vintage games for sure that you would be able to enjoy. The Makerbuino console comes with an SD card loaded with the retro games. Well, you can download more from the online Makerbuino games gallery. More on the educational side, all the games are open source and available with downloadable Arduino source code and HEX file; allowing you to learn the logic of the code. You can also implement the part of the game codes in your own project.

The Makerbuino users can also create their own games and implement it in the console. There is an accompanying toolkit for programming which helps the users to develop their own games. The toolkit provides information about developing in-game menus, GUI related content and drawing, guidance for displaying and animating bitmaps and other necessary things.

Gamebuino, a retro gaming console, released in 2014 was the source of motivation for creating Makerbuino, tells Gajsak to Digital Trends. Gajsak took the release of Gamebuino as an indication that people still love the retro games. Eventually then, he started working on the Gamebuino project during his high school days.

The device is currently available for $35 USD on kickstarter and is likely to deliver around May 2017. Also, the backers can get the console with expansion modules and the necessary tools at $45 USD.