Mario Kart has enjoyed its position as the most popular game since its debut in 1992. In its celebrated two and a half decade of the journey, there are only 6 console releases and 3 handheld releases. The newly released version Mario Kart 8 Deluxe for Nintendo is driving Nintendo users with excitement. Nintendo’s hybrid gaming device is a hit already with The Legend of Zelda: Breath of the Wild as a top-tier game. But the gamers have got quite bored with only Zelda as the top-list game. With the arrival of Kart 8 Deluxe, the portable device gamers are enthusiastic like it is Christmas in May.

Although Mario Kart just came out with nine releases, the game has a record of breaking the record. Even this time in just one week of release, the game might have already managed million sales. An analyst at Niko partners, Daniel Ahmad said that the Mario Deluxe might have reached around million sales worldwide since its launch.

Mario Kart is a go-kart racing game which revolves around the post-card scenery from “Super Mario Bros” games. The players zip around the scenery, collecting items to attack vigorously, fetching coins to get a speed boost and drifting at the corners to get ahead of the non-human mascot in kart ahead. In 1992, in an interview, Producer Shigeru Miyamoto said that drifting at the corners is a visual treat for the spectators. It is also one of the strategies to race. A weird logic, but it works. 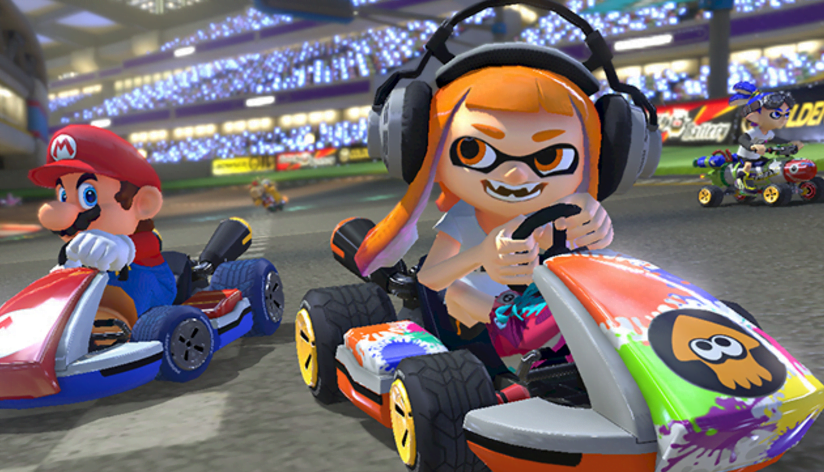 The Mario Kart 8 was originally released on the WiiU which later was ported to Nintendo Switch console. In the previous version of the Mario Kart 8, there is an amalgamation of all the strong elements of what previous entries had, wrapping it up into a wonderful package. With more power, the new Mario Deluxe as expected includes the previously available downloadable contents for Switch owners and also hosts a lot of exciting new additions and features. For the newcomers, the Nintendo devices will be more appealing with a complete version of Mario Kart 8 available. 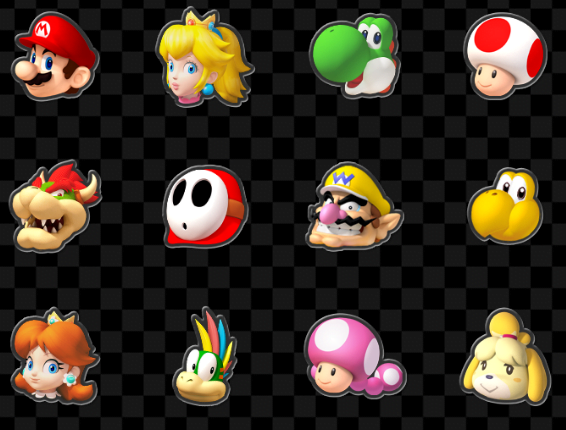 When originally released Mario Kart 8 contained 32 tracks, following 16 more after its release via DLC. Mario Kart 8 Deluxe comes with more wow elements including 48 out of the box courses. Alongside that, the Deluxe edition offers 6 additional characters that were not available in the first original edition. The Inklings from Splatoon, the series veterans characters like King Boo, Gold Mario, Browser Jr., Dry Bones and much more appears in the Kart edition for the first time. Notably, the villagers have also been split into two characters slots; making total 42 playable characters.

Battle with your friends in enhanced version of Mario Kart 8 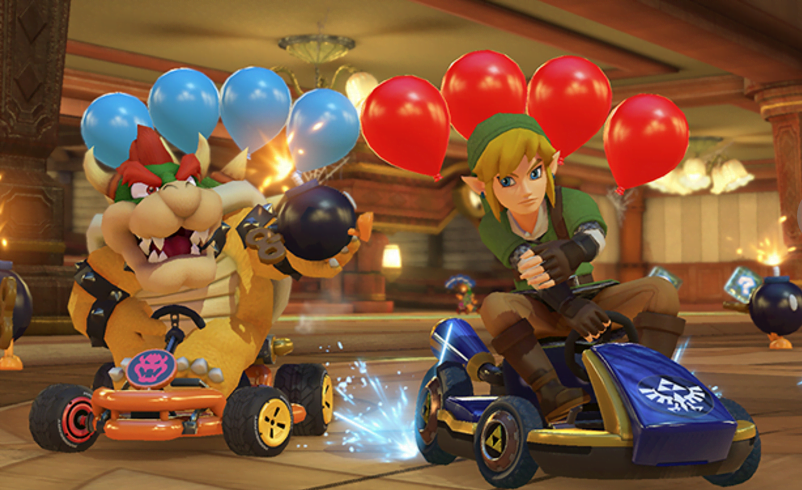 The switch owners are likely to have more enchanting experience for you have number of different ways to play Mario Kart 8 Deluxe with Nintendo hardware. There is an old traditional docked more which allows you to play on TV. Moreover, the undocked mode option allows players to enjoy the game on split-screen mode with the joy-con controller. There is also an 8-player local option for communal playing which lets your friends connect via local Wi-Fi. Also, two players can connect to a screen to have a double player gaming experience. Mario Deluxe has a mind-blowing feature that takes the best of the Nintendo’s hardware system – inclusivity with the people around. You also have something new available for the battlegrounds. Apart from the 8 battle courses available, there are five new battle courses and the three classic tracks from the Super Nintendo, 3DS, and Gamecube in the current edition.

Coming to the downsides, the Nintendo hardware does not provide pleasing multiplayer experience. There arises certain connectivity issues in multi-player mode. Switch users have taken over the internet with the connectivity complaints. To the bottom-line, the original Kart 8 was undoubtedly the best edition of the series. The Mario Deluxe with augmentation of new elements like karts, characters and items and a totally redesigned track gives the best of the gaming experience. For the newcomers, the game is surely going to make them go wild. However, the old gamers will have the gaming experience at par with the one they had while playing the original version; nothing much new. We can call it good news out of antsy for the old gamers.