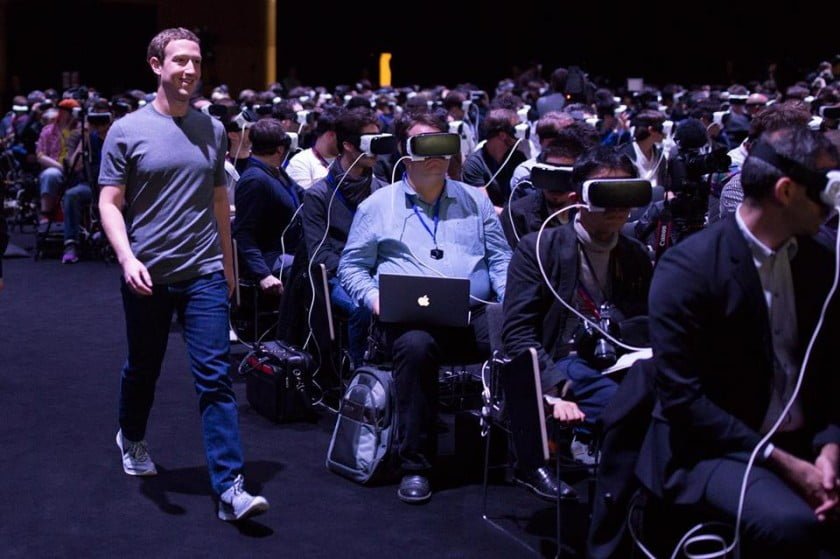 Zuckerberg’s main agenda behind the visit was about discussion related to ongoing advancements in the world of virtual reality, and of course, to promote the VR technology as the major social platform of future.

He demonstrated a highly appealing interplay among the undeniable potentials of the virtual world and apparent materialization.

His appearance definitely gave the industry of virtual reality a major push than any other past announcements since Oculus buyout at the US $2 billion two years ago by Facebook.

During the conference, the audiences were treated to Zuckerberg’s surprise presentation after they finished watching a VR video. Mark Zuckerberg announced that his company and Samsung are collaborating for an effort to make the videos based on VR technology more social. 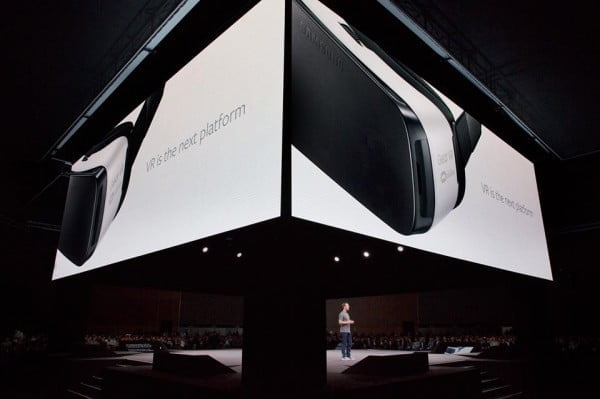 Zuckerberg holds the master key to the door of virtual reality, even though his Oculus lacks in features when compared to Vive, he holds the VR market in his palms.

Facebook wants to transform the entire experience of VR into something more social, the one that is not solitary, and something, which you can experience with other individuals. For instance, an individual may want to put on Oculus headset to sit and enjoy a movie or study with friends.

So far, a VR team has been assembled, which will focus on developing social applications that can be experienced through Samsung Gear VR worth US $99. These Gear VR headsets are Oculus-powered and are intelligently designed to keep hold of your smartphone for you.

In the conference, Mark Zuckerberg said, “Imagine holding a group meeting or event anywhere in the world that you want, instead of just navigating to 2-D websites, you could transport yourself entirely to a whole other place and feel like you were really there in reality.”

The presentation, which Mark Zuckerberg gave, coincided with Korean multinational mammoth’s latest unveiling, the Samsung Galaxy S7, the most VR-focused smartphone till date, and the Samsung Gear 360, which is the company’s latest 360-degree camera that arrives packed with continuous video shooting ability due to two lenses. His presentation fortified his predictions from 2014 when he had predicted that social experiences will revolve around the VR world in future.

According to Zuckerberg, this is by far, the best VR experience on mobile, which both the tech giants are offering together.

Virtual reality, if it succeeds in appealing the mass, as much as its demonstrations have appealed, has potentials to become the next biggest frontiers in the world of communication.

“Pretty soon we’re going to live in a world where everyone has the power to share and experience whole scenes as if you’re just there, right there in person,” Facebook CEO mentioned. “Imagine being able to sit in front of a campfire and hang out with friends anytime you want. Or being able to watch a movie in a private theater with your friends anytime you want. Imagine holding a group meeting or event anywhere in the world that you want.  All these things are going to be possible. And that’s why Facebook is investing so much early on in virtual reality. So we can hope to deliver these types of social experiences.”

Facebook CEO also mentioned in the press conference that his team for VR-based social interactions will start working soon with Oculus and other Facebook subsidiaries.