Maybe A Little Late In The Game? 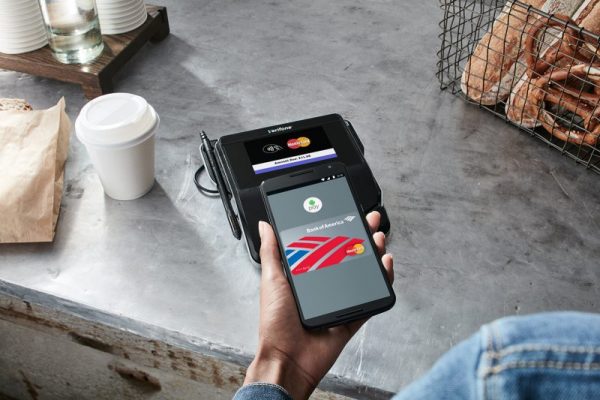 The company selected Singapore as the third global market after its successful launch in the United Kingdom and the United States. The search engine giant decided to join the bandwagon by offering its mobile payment service because of its well-established base of smartphone-savvy consumers along with a mature ecosystem.

Android Pay in Singapore couldn’t have been possible without the support of leading banks, said Ms. Joanna Flint, Google Singapore’s Country Director. The payment service will collaborate with Visa and MasterCard from UOB, Standard Chartered Bank, DBS Bank, POSB and OCBC Bank. Also, there’s no limit to the number of cards, which can be incorporated by the consumer.

Amid the heated battle where mobile payment apps are racing to be at the top, Google chose a late launch. The service’s arch-rivals in the field – Samsung and Apple, chose earlier launch. In April 2016, Apple Pay was launched in Singapore shortly followed by Samsung Pay in June 2016.

To differentiate its service from competitors, Android Pay has been designed with a simple touch to ease the level of convenience for users. It’ll pay a critical role in the Android-powered smartphone. The in-app features like Singapore Airlines, Zalora, Deliveroo, Shopee, Grab, and Uber will be available later in the year.

Security has been taken into a significant consideration for app’s design element. Google has incorporated closely with payment providers and banks prior to launching the service. Apart from the initial authentication required to add a credit to the payment service, there will be no requirement of the second authentication for individual transactions. In contrast, Apple Pay users have to use fingerprint sensor for authentication for every single transaction.

Apart from financial transactions, the Android Pay in Singapore will also be used for loyalty schemes. The Plus! Rewards Programme of NTUC Link in Singapore has over 1.75M members and it’s among the first in Asia to partner with Android Pay.

Leading retailers have signed up to partner with Android Pay launched in Singapore. The prominent names include McDonald’s, Giant and Watsons, NTUC FairPrice, Sheng Siong, among others.

To promote Android Pay in transportation, the company has already partnered with leading operators like ComfortDelGro and Uber.

The first market to receive Android Pay was the United States. Google launched its payment service in parent country back in September 2015. This was followed by the launch of Android Pay in the UK a month ago, i.e. May 2016.

The next market for the launch was expected to be Australia. It was planned that Android Pay in Australia will be offered during the first half of 2016, but eventually, the launch was delayed as the company was still working with the Australian partners.

Android Pay will be introduced soon in other markets of Asia, but the names of markets haven’t been decided yet.