Meet The Hardware Club That Everyone’s Talking About

Two years ago, after hearing a hardware startup complain about how painful it is to scale in hardware, Barbara Belvisi decided to act on it. Building a hardware startup is hard. Hardware entrepreneurs have to do some upfront legwork: 1.) Build a sustainable go-to-market strategy, 2.) Manage cash flow, 3.) Identify the right contract manufacturers, and 4.) Build a costs improvements strategy. Get any one of this steps wrong and your startup is doomed, and that’s because the world of hardware does not allow iteration. Belvisi found that the best way to start was to bring hardware entrepreneurs together around dinner, so they could exchange their experiences. Every ecosystem she came across reinforced the initial vision: a community; a place for hardware entrepreneurs to gather, share best practices, and build common knowledge. Thus, the Hardware Club was born!

The pair of venture capitalists, Barbara Belvisi and Alexis Houssou first met while attending business school in Lyon, France ten years ago. Belvisi has a keen interest in robots and disruptive hardware. Houssou is deeply invested in finance and entrepreneurship. She worked in venture capital for several years, while Houssou cofounded a digital advertising company before joining one of France’s largest banks, BNP Paribus as a financial advisor.

In 2012, the duo formed Elephants & Ventures, which backed hardware and software companies. It was here that they felt that the traditional model didn’t really fit the new wave of emergence in hardware. Their search for a one stop solution began with a series of meetings with hardware entrepreneurs around the world, where they discussed the issue faced in the hardware industry. The meetings continued to fetch more members, until the duo formally announced the creation of the Hardware Club in January 2015. 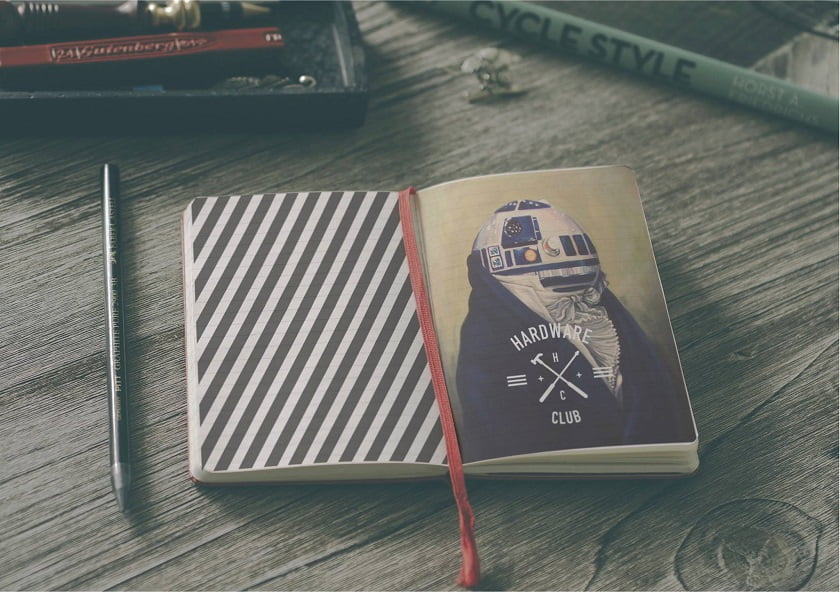 The first Hardware Club dinner was attended by the five most promising hardware startups in France & Europe: Aëdle, ISKN, Lima, Prynt, and Smokio. The collaboration surpassed any expectations Belvisi had at first. Pointers on retail and distribution strategy were exchanged, recommendations on partners in manufacturing and distribution, and the benefits of the newly formed hardware community.

Since then, Belvisi has organized The Hardware Club meets in 7 different cities, including Berlin, Las Vegas, London and Shenzhen, and over 100 hardware entrepreneurs have joined. The hardware startups have collectively raised more than $12 million on crowdfunding platforms like IndieGoGo and Kickstarter and managed to secure over $37 million in VC funding.

The hardware landscape has dramatically changed in the past decade. It’s brimming with crowdfunding platforms, new connectivity systems, and lower costs. Venture capitalists who would run from hardware are now pouring more funds into hardware startups. The hardware revolution is more visible in early stage startups. Newcomers are no longer afraid to enter the startup ecosystem, thanks to prototyping methods and the power of crowdfunding.

The emergence of hardware accelerators, meetups, and labs have made things much simpler for early stage startups. Over the course of the last two years, Paris-based Hardware Club has announced more programs to become a vital catalyst for the hardware revolution. Its long-term strategy is to create a community with the most promising hardware startups. It cherry picks the best startups and invests directly in the ones at a larger scale.

SCHOOL is designed as an education program made of online courses and free online presentations. It launched the first online course, called #HackTheCrowd, dedicated to supporting entrepreneurs in the launch of their crowdfundeing campaigns. The online course is leveraging the community, featuring feedback from over 25 crowdfunding graduates and experts like IndieGoGo, Omage, Lima, Dragon Innovation, Narrative, and many others.

A few months ago, the Hardware Club opened a membership-based program called SCALE, which leverages on the community to support hand-picked startups through resources and smart capital.

Today, The Hardware Club has over 90 startups from 20 different countries, where you can touch base with all the founders for feedback, instructions and more. It has also formed partnerships with service providers as well as manufacturers and distributors. Next, it has signed on over 120 corporate partners, including manufacturing bigwigs like Foxconn and distributors like Target and Amazon. Finally, it organizes regular Hardware Club events around the world, so founders can share their experiences and grow their network.

The Hardware Club screens every single application it receives as it doesn’t induct early stage hardware startups. A lot of times, these startups have done a successful Kickstarter or IndieGoGo campaign, and are about to raise a VC round. Of course, there have been exceptions in the past, and a lot of companies accepted in the past have grown by leaps and bounds. Take a look at some of the club members, Click&Grow, HyperloopTransportation Technologies, Vapio, Misfit, Narrative, Prynt, ISKN, Thync, and Lima.

The Hardware Club enjoys a unique position in the hardware community. It can recommend a manufacturer over another, or it can remove a distributor if there are some issues. It has also raised an undisclosed sum from Bruno Maisonnier, Marie Ekeland, Pascal Cagni, Ruota Matsuzaki, and Stephane Distinguin. It has also added new partners in the past few months, former Qualcomm-Atheros senior engineer Jerry Yang and former Apple employee Caroline Lair.

Existing and future Hardware Club members enjoy direct access to the resources. Although, some startups also receive funding. The club also makes sure that it does not accept direct competitors. In recent months, Hardware Club has made investments directly in a few startups, smart home robot maker Keecker and gaming robot maker Reach Robotics.

In December 2016, Hardware Club formed a partnership with Harrods department store in London to place a small pop-up store inside. The idea was that Hardware Club would design and create the experience, and train the Harrods’ employee who would work in the space. It has over 25 startups to sell their products. The space allowed customers to try the products and receive information in greater detail from trained employees. Harrods, on the other end, wants to work with more startups, although it found it challenging to connect and vet all the new gadgets.