Microsoft’s 10-inch tablet like device certainly comes as a surprise especially when associating it to the Surface line-up. The company has almost stopped manufacturing or even planning gadgets competing in iPad category. Yet, the mobile lifestyle of today’s generation demands an ultra-portable device to accompany them wherever they go, be it work, school or home. And a tech company pioneering in the PC segment cannot afford to ignore this trend.

In a statement, Panay writes, “When we designed this device, we had to ask ourselves what people want and need from a 10-inch Surface. The answer seems obvious – lightweight, productive, and accessible to more people.” 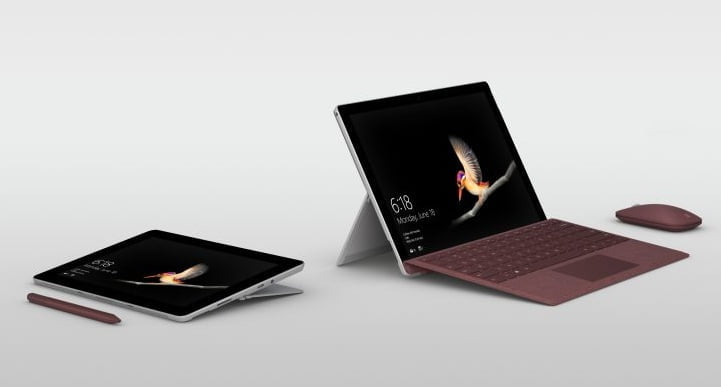 Given all, Microsoft did not compromise on delivering the premium qualities of the Surface line-up and Window performance to the fresh 10-inch tablet.

Microsoft Surface Go, a  2-in-1 convertible is powered by the 7th Generation Intel Pentium Gold Processor 4415Y. It runs on inbuilt Windows 10 OS with S mode enabled, indicating the target audience as the educational sector. However, one can switch to the standard Windows 10 OS for free.

Moreover, the commercial organizations can upgrade to Windows 10 Pro by spending additional money. Showcasing a fanless design, the tiny Surface device is configured with a battery running for 9 hours.

The Go is encompassed in a platinum-colored magnesium body and comes with a built-in kickstand. The kickstand has a full-friction hinge that bends up to 165 degrees to aid the users working on Studio mode.

Panay tweeted, “Meet Surface Go. The power and connectivity in a device this small gives you the style and productivity Surface is known for in the more portable package. #SurfaceGo”

The Microsoft Surface tablet offers a 3:2 aspect ratio on a high-resolution PixelSense Display. The display supports Surface Pen that can take up to 4096 levels of pressure sensitivity, works in low pen parallax and low latency mode and provides precision while writing notes or drawing.

A 5MP Window Hello camera is mounted on Surface Go for familiar, fast, and secure sign-in using face recognition. The rear camera has 8MP resolution with autofocus setting. Both the cameras can record 1080p HD videos.

The newly launched Surface device comes with its own Surface Connect, a USB-C 3.1 for data, video, and charging, a headphone jack, and a MicroSD card reader for additional storage space.

Is There Anything Missing On The Go?

With everything so good, the Redmond Company sacrificed a few “must accessories” to put the Surface Go within the bracket of $400. Though the 10-inch tablet features a magnetic attach for TypeCover keyboard, the said price does not cover its cost. That means, the owner has to buy the keyboard separately. Same goes with the Surface Pen. One needs to shell out another $100 to use it on the Surface Go.

The company also launched a $35 Surface Mobile Mouse to complete the package. This mouse gets connected to the system via Bluetooth and has two buttons and a scroll-wheel. 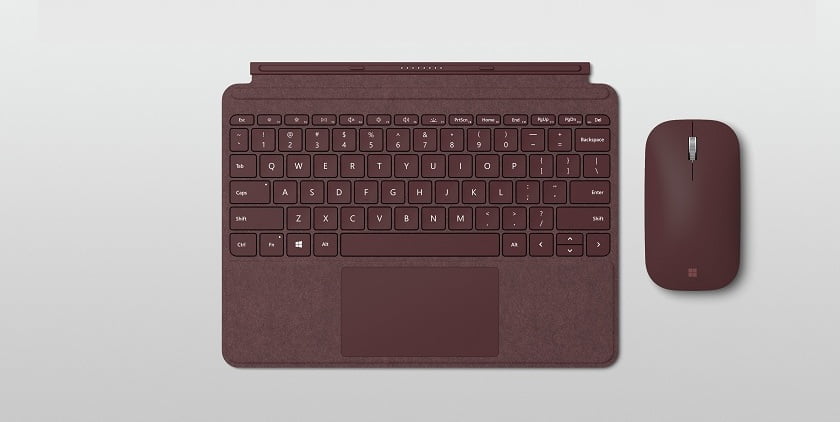 With everything so good, Microsoft sacrificed a few “must accessories” to put the Surface Go within the bracket of $400. Source: Microsoft

Both the models of the Surface Go are now available for pre-orders from today in 21 regions including the US, Canada, Australia and UK. They will hit the physical stores on August 2.