Meet Shudu: The One Instagram Model Who Will Never Walk The Runway

The digital Instagram model, Shudu has literally blurred the line between true reality and virtual reality. She is “the world’s first digital supermodel”. Followed by 136k Instagramers, Shudu is crowned with the most beautiful model of the Instagram title.

There is something special about Shudu, the famous Instagram model from Africa registered under the username @shudu.gram. Followed by 136k Instagramers, Shudu is crowned with the most beautiful model of the Instagram title. Yet her account profile mentions a unique description of herself. She is “the world’s first digital Instagram model“.

Yes, that’s a bit surprising and fascinating. When we came across Shudu’s profile, she seemed a picture-perfect supermodel. Her shots are just mesmerizing to the extent that a lot of professionals approached her on Instagram to collaborate for a photo shoot until her creator revealed the true identity (read virtual reality!).

The Shudu Instagram handle appeared first time in April 2017. The social media account is a project of photographer Cameron James-Wilson. Wilson is an under the 30s, self-learned London-based photographer and worked for a decade in the fashion industry, writes blogger Isiuwa Igodan.

Though, his biggest turning point came when Rihanna’s brand Fenty Beauty reposted an image of Shudu, the digital Instagram model, wearing a lipstick from the collection.

His passions for technology, a craze for Sci-fi movies and CGI films, and love for gaming led him to create the digital Instagram model.

Through Shudu, Wilson desired to produce the most beautiful woman he could think of. He wanted to portray a royal, glamorous, bold and sensual personality with whom the people can connect to. For this, he took inspiration from a Barbie girl called ‘Princess of South Africa’, as well as models like Duckie Thot. 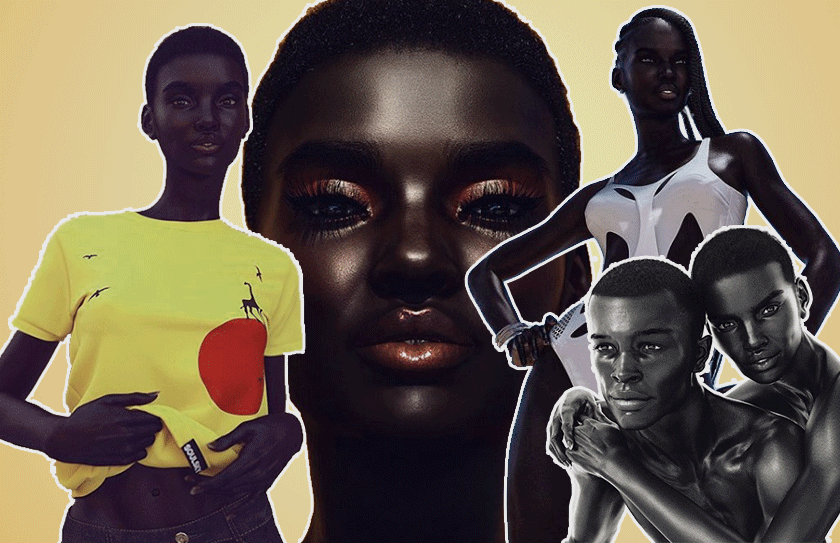 Wilson works tirelessly for almost three days filling intensive level of detailing in one post of the computer-generated Instagram model. We are not counting weeks of planning here.

“Shudu is just everything I love brought together. She embodies the best parts of the things that inspire me,” told Wilson.

With a huge fan-following and lots of admiration, the digital Instagram model, however, is subjected to widespread flak too.

The computer-generated Instagram model, Shudu has literally blurred the line between true reality and virtual reality.

In the hypercompetitive world of good looks, the 3-dimensional modeling is another blow to the unrealistic standard set by the industry. Handy Photoshop tools and instant filter applications available at online platform have already created havoc in the real world.

Parallel to the rise in popularity of Shudu, the digital Instagram model, there is a counter community who believes Shudu-like culture would replace the need for real models or celebrities.

Another set of people have pointed out racial discrimination on social media with comments such as “A white photographer, has digitally created a dark-skinned model instead of giving a platform for real-life black women… who he’d need to pay for their work.”

Wilson quickly defendant his work of art by saying that Shudu is presently not being used as a commercial model, cited Metro. In fact, she will never be able to walk on the runway. At the same time, he added that the virtual model could one day become a spokesperson for a luxurious brand.

“Doing interviews like this I guess can help educate people and hopefully give them more perspective,” Wilson said.

“A lot of what we see in media is trying to be less real, with filters and makeup. Shudu is coming from the other direction, she’s a fantasy trying to break through into reality and I have plans to help her do so,” the photographer argued.

Lil Miquela is another digital Instagram model to join the league of virtual celebrities. Her username is @miquela and has 1.3 million followers. She is presented as a 19-year-old style icon who voices out a say on trending topics and socially relevant issues.

Time Magazine this year included Miquela in the list of 25 most influential people on the internet, reported Washington Post.

Other than Shudu, Wilson recently launched his website, ‘The Digiitals’ to demonstrate the potential of 3-dimensional illustrations and to serve as a platform to appreciate such varied digital models.

He has also created 3D avatars of two more models named Brenn and Galaxia. Brenn’s images seem closer to a real human perspective mirroring flaws like stretch marks and average body mass. On the other side, Galaxia looks more of an extra-terrestrial imagination. 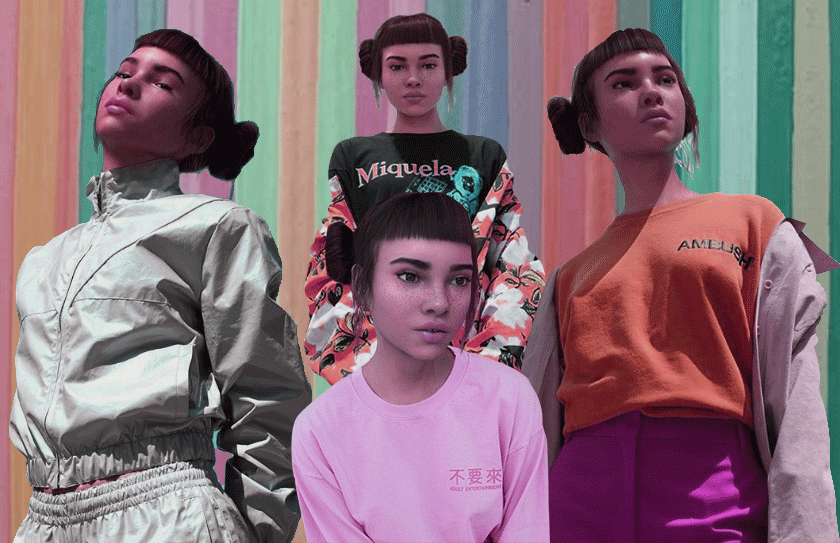 Noonoouri has taken over Instagram as a new fashion influencer, albeit she is also an outcome of virtual reality. This digital Instagram model has 92.3k fans following her on the platform launched in February 2018.

Though her appearance doesn’t resemble any real model, she wears real-life clothes of brands like Ashi Studio, Fendi and Jacquemus even made an appearance on Fashion for Relief fashion event during this year’s Cannes Film Festival.

Interestingly, she took over Dior’s Instagram account during the launch of their Cruise Collection on May 25 this year. Noonoouri Instagram account is managed by Joerg Zuber, the creative director of global design and branding agency Opium Effect, as mentioned by Vogue.

Rather than being just a reference virtual model, Lightning has a story revolving around it. She is the lead figure of the Japanese cult video game ‘Final Fantasy’, who travels across the unknown territories in search of her sister.

Similar to the famous digital Instagram model Shodu, Lightning is also a product of the gamer mind of Nicolas Ghesquière, the artistic director at Louis Vuitton. He was very much influenced by the personality of Lightning, the video game character, especially the bubble pink colored hair and divine facial structure.

Ghesquière elaborated, “Lightning is the perfect avatar for a global, heroic woman and for a world where social networks and communications are now seamlessly woven into our life. She is also the symbol of new pictorial processes. How can you create an image that goes beyond the classic principles of photography and design? Lightning heralds a new era of expression.”

Whether one likes it or not, the fan following of these digital Instagram models clearly indicates that their fame is growing exponentially. The rise in the number of similar virtual celebrities is a new trend to look out for, specifically in the glamour industry.