If you’ve ever spent time online in the last couple of years, you’ll have heard about the success of BitCoin, the cryptocurrency whose value seems to get higher every day. You’ve also probably come across Reddit, the 8th most popular website in the world. Reddit allows users to like and share content, and vote on other people’s submissions, creating a community of like-minded content-sharers.

Now imagine combining these two into a social platform, where every piece of unique content and every upvoted comment resulted in you receiving cryptocurrency. You’re not the first to imagine it: Meet Steemit – a social media platform that pays in cryptocurrency whenever you post a story up.

While 450,000 active users is nowhere near the sort of numbers that major social media networks are running with, it’s more than enough to create a vibrant community, and the promise of earning cryptocurrency for doing something you might already spend your free time doing is an added bonus. Unlike other cryptocurrency too, you don’t have to spend real money buying in at the beginning.

As far as the boring technical stuff goes, Steemit works by saving text content into a blockchain. Every act of interaction, whether it’s curating or creating content, has the same effect as ‘mining’ for BitCoin. So the more you participate on the site, the more you earn. Interaction with other users often involves microtransactions between you as well, so the revenue stream is twofold. 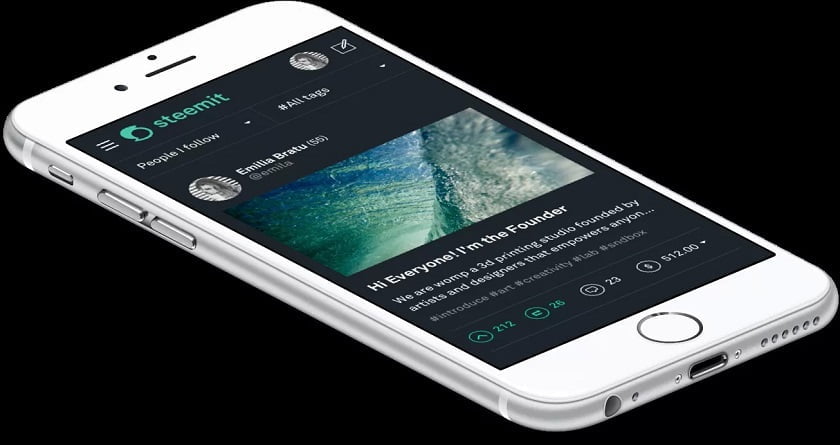 As far as the boring technical stuff goes, Steemit works by saving text content into a blockchain.

The actual currency is broken down into three separate parts, each performing a slightly different function, but the important point is, one Steem is worth slightly more than $1, which represents an earning to be made. It is possible to sell your Steem straight onto the open market for profit too.

So, what is the user experience on Steemit actually like? Well, signup was rather more intensive (though still not bad) than I was used to on other sites – where Reddit literally asked me for username and password, Steemit wanted those, an email address, my phone number and a confirmation text. Furthermore, once you’ve been through the text and the email confirmations, you need to wait for an admin to approve your membership, which takes further time. Looks like there aren’t any throwaways here, at least.

I get onto Steemit to see what there is to see, a shiny new user awakened from a long journey of posting without any kind of monetary reward, and I step boldly onto the front page. It’s alright. It’s a little…jumbled? Much like r/all, it contains everything posted onto Steemit. There’s some humour, there’s some nice pictures of animals. There’s quite a lot of discussion about cryptocurrencies.

Steemit is an interesting concept, working from a diametrically opposed angle to traditional social media platforms that seek to control your information for profit. On Steemit however, by tying the platform into a cryptocurrency, it opens the whole game up to everyone. Stay tuned.