Meet the Cyborg Soldiers of Tomorrow

Biotechnology and human-machine interfaces are both ready for large advancement sooner rather than later. This is confirmed by innumerable breakthroughs that have been in the news in the course of recent years, which have included everything from machine-controlled exoskeletons to 3D printed skin to implantable microchips. However, these advancements will clearly not exclusively be utilized for amiable purposes—according to a study published by the Department of Defense (DOD), they will be utilized to make cyborg soldiers that will dominate the battlefield by 2050. 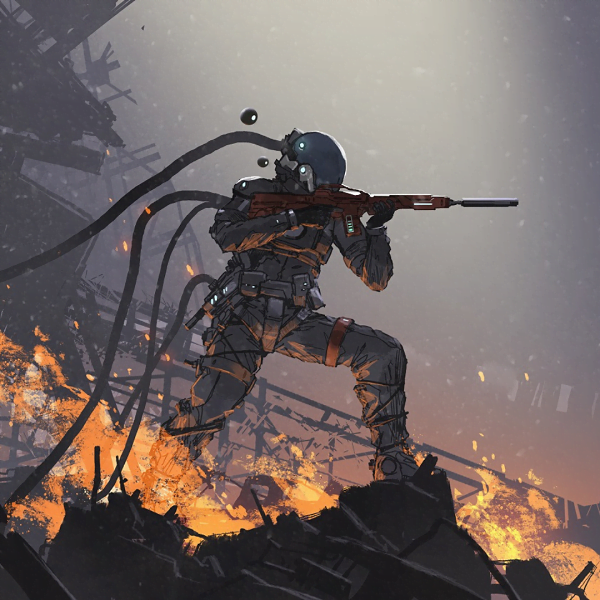 While it’s a cliché that any kind of technological advancements from the civilian domain have consistently been utilized for military applications, the DOD’s report, which was explored and reviewed by its Biotechnologies for Health and Human Performance Council (BHPC), shows the fate of the military’s technological pursuits in an amazingly straightforward and itemized way.

The report even has the particular science fiction title of “Cyborg Soldier 2050: Human/Machine Fusion and the Implications for the Future of the DOD.” And if that title doesn’t flag an eventual fate of what future warfare looks a lot of like the one portrayed in Edge of Tomorrow, then we truly don’t know what the future holds for us.

Right now, our soldiers rely upon their regular sight during the day, and at night they depend on heavyweight night-vision goggles. These goggles require a significant stretch of time to become acclimated to, yet more critically are an additional load to convey. Not to mention, these night vision goggles could lead to serious trouble if they are destroyed or lost.

The report recommends that contact lenses are a solid possibility in the near future. These contact lenses could offer night vision, in addition to zooming features, and project important data in the soldier’s field of vision.

2.      Rebuilding and customized muscular control through an optogenetic bodysuit.

When soldiers, like all human beings, exert themselves, their muscles get sore and require time to rest. Unfortunately, active duty circumstances sometimes makes this rest time hard to come by. Using an exoskeleton suit tired and sore muscles can rejuvenate themselves, sending the soldiers back into action within less time.

Having the option to hear properly is vital for survival on the combat zone. That, however ensuring officers’ hearing against weapon blasts largely depends on noise-canceling ear protection. This is a bulky equipment. A more futuristic response to such a scenario would be a compact headset for proper ear and hearing protection.

Can you imagine a world where soldiers can exchange information telepathically? Well, this is one thing that could revolutionize warfare. By putting together these four technologies, the U.S. army could create the cyborg soldier of tomorrow. It is said that these enhancements will come at a hefty price, so we’ll have to wait and watch what the future of our troops looks like in thirty years’ time.

Technological advancement may not be the main issue that decides when and how troopers get such gear. Ocular enhancement, optogenetic bodysuit, and telepathy could have significant ramifications on the more extensive society, implications that could speed up or tie down the U.S. military’s adoption. Telepathy, out of all cyborg advancements, likewise will cost a fortune, at first restricting its utilization to special operations forces.

What will be the most significant effects of these implants, it appears, will be the interaction they’ll prompt among soldiers and weapons systems. The report notes that the neural implants will have expansive battlefield applicability and “will allow for interaction with… assets (i.e., weapons systems, reconnaissance drones, UAVs, and unmanned marine vehicles [UMVs]) as well as personnel within proximity or across distances through hierarchical relays with a central network.”

This implies, in an undeniable way, cyborg soldiers will probably have the option to control tanks, submarines, gunships, and perhaps a portion of these with their minds.

What’s your opinion about the future of cyborg troopers? Are the DOD’s predictions on point, or will technological advancement change too quickly throughout the following thirty years to be precisely anticipated as of now?

US Military To Deploy Cyborg Soldiers by 2050