Meet the Tiny, Robotic Caterpillar that can Transport Loads

IN BRIEF: Scientists have been working on soft robots that can squeeze into tight spaces and lift heavy objects without endangering nearby humans. Earlier this month, we saw the Octobot – a bio-inspired soft robotic octopus, the miniature robotic ray, and now, a soft robotic caterpillar. Researchers at the University of Warsaw in Poland have developed a tiny, robotic caterpillar, capable of mimicking caterpillar, and carrying ten times its weight. 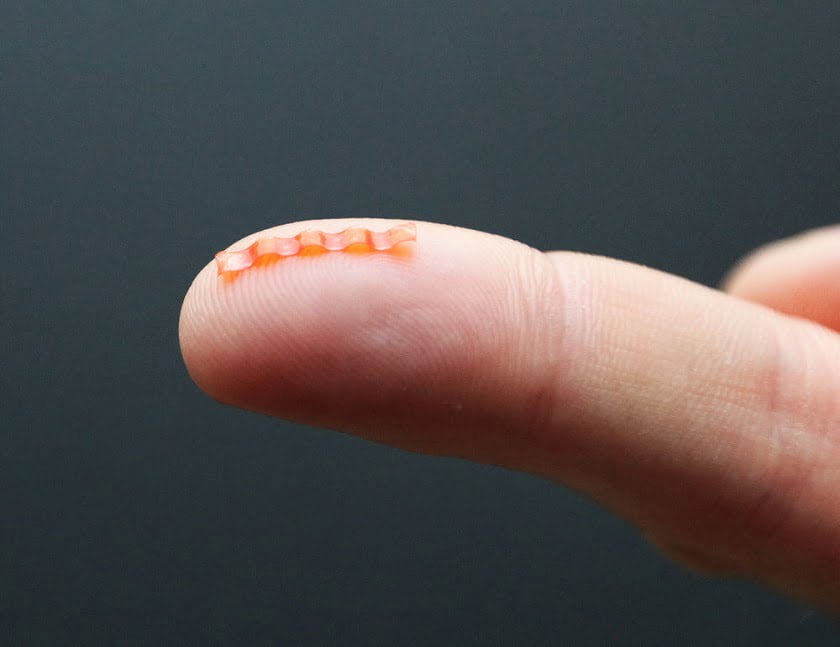 The 15-centimeter long bio-inspired robot caterpillar is powered by light, and is made from Liquid Crystalline Elastomers. The tiny translucent strip of liquid crystalline elastomer is only over a centimeter long. They are light-sensitive polymers that are aligned in a particular molecular pattern, and they change form when subjected to green light and lasers. The minuscule robotic caterpillar is controlled by a spatially modulated laser beam. By harvesting green energy from the green light, it can:

It wrinkles and extends its body in a similar fashion to a living caterpillar to propel forward. The team’s research was published in the journal Advanced Optical Materials. The study’s lead author, Piotr Wasylczyk, said in a statement that designing soft robots will bring new reforms in mechanics, power supply, and control. Although this is only the beginning, researchers are sure to benefit a lot by learning from natural evolution.

The Evolution of Bio-Inspired Robots

For decades, scientists and researchers are looking into creating robots inspired by nature. From creepy-crawling spiders or terrifying robo-alpha dogs, engineers are creating a family of bio-inspired robots. These robots move in algorithmically predictable ways and at the same time adhere to the design principles of living organisms. Here’s a list of some of the coolest nature-inspired robots.

Dubbed the pleurobot, the eerie, lifelike salamander biorobot, was born in the Biorobotics Laboratory. Modelled after a salamander, the pleurobot can walk, swim, and crawl around. Researchers are planning to use it for search and rescue inspection. With a camera onboard, it can do the inspection and identify survivors in a disaster zone ad create a communication link with the survivor.

Known as BionicANTS, these 5-inch long, 6-inches wide, and 1.5-inch tall buggers will someday replace the modern factory worker. Moreover, they can mimic the cooperative behavior of ants as well as the autonomous decision making. Each ant can carry up to 5000 times their own body weight. 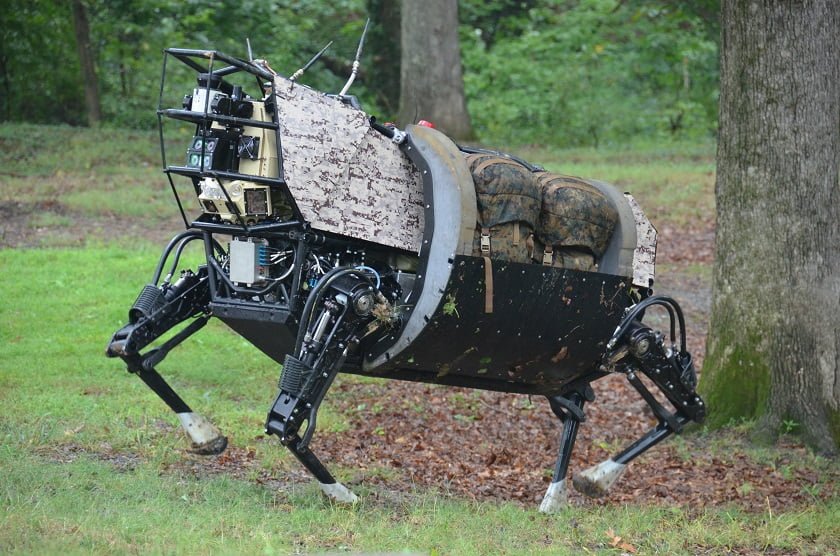 The quadrupled robot is the most advanced rough-terrain robot on the planet. It is 3 feet long, stands 2.5 feet tall, and weighs 240 pounds, and is about the size of a small mule. BigDog can walk, run, climb, and carry heavy loads. The all-terrain is designed to go anywhere marines and soldiers go on foot, and help them carry their load. 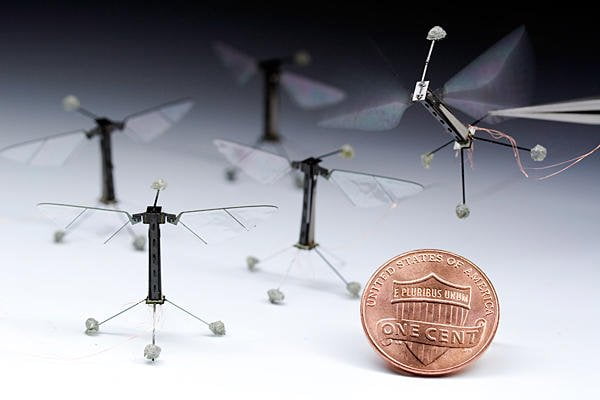 RoboBess are flying microbots weighing 80-milligram each, capable of flying controllable, sensing the environment and carrying a load. The RoboBees engineered at the Harvard Microbiotics Lab will someday help in research and rescue operations, or for impromptu communication networks.

Researchers believe the robotic caterpillar will be particularly useful in espionage if someone finds a way to attach a camera or a mic to it. Moreover, they’re rethinking the materials and fabrication techniques used in the making of the soft robotic caterpillar. The research on the micro-robot was published in the journal Advanced Optical Materials.