Here’s an essence of the reactions of fans on social media about Meta Connect 2022 and all you need to know about Meta Quest Pro.

We are now living in a materialistic world, which Zuckerberg and co. intend to replace with a metarealistic one. The recently concluded Meta Connect 2022 is another serious [yet failed] attempt to make that ploy a [virtual] reality. However, the fan reactions of Meta Connect 2022, one of the most-awaited events of the year, has not lived up to the sky-high expectations (mostly on the part of Meta itself). But the parent company of Facebook, has managed to resist the continuous downfall of its brand value somehow. Let’s go through some of the Meta Connect 2022 fan reactions to find out how the world responded to Zuckerberg’s dream Meta Connect 2022, which has been dubbed as a mere publicity stunt by many netizens. 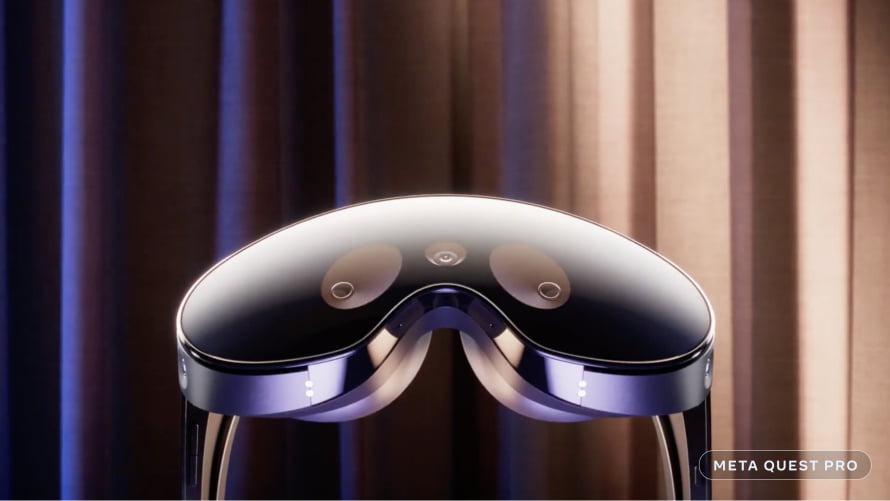 Meta Quest Pro turned out to be the show-stealer at the Meta Connect 2022. [Image Credit: Meta]

If we have a close look at the chain of events over the last one year and try to read between the lines, we will realize the motif behind this year’s Meta Connect, which has offered some solace to Meta.

Firstly, Meta’s stocks are sliding down continuously for months and have plunged to new lows since February, 2022. From $197.26 per share, it has reached $128.24 in less than a year, which is indeed alarming. Hence, Meta was forced to pull up their socks in order to pull an impactful show off. This wasn’t overlooked by Facebook users and found representation in the Meta Connect 2022 fan reactions itself.

In case you’re wondering why this year’s “Meta Connect” was the way it was. pic.twitter.com/X3eGJjpTvO

Therefore, it’s quite clear why Meta went on fifth gear and unveiled its flagship virtual reality headset Meta Quest Pro at the platform of this year’s Meta Connect. Moreover, the multi-billion start-up was marred by a series of controversies in the recent times, including a lawsuit for illegally using the very name Meta.

On the other hand, some of the reactions of fans on social media about Meta Connect 2022, were positive too. They went on to shower the parent company of Facebook with lots of praise for making it “very business focused.” Especially, the fact that they launched Meta Quest Pro, the new virtual reality headset, which grabbed the eyeballs and the limelight.

Meta Connect this year was once again very business focused. I guess if you want to know more about Quest 3, GTA and other upcoming games you have to tune in at the Gaming Showcase next year.

There’s no doubt about the fact that Meta strongly feels that 2022 Meta Connect announcements particularly that of Meta Quest Pro, has put it right on track. However, fan reactions of Meta Connect 2022 were also filled with sarcastic posts which mocked Zuckerberg’s dream Metaverse saga.

People also made fun of Mark Zuckerberg’s 3D model which interacted with netizens during the cash-rich event. It can be seen amidst the reactions on social media about Meta Connect 2022.

Attending Meta Connect in VR was definitely an awesome event to experience in VR, but I can’t get over how goofy it was to see Mark Zuckerberg’s 3D model 10 ft in front of me doing this: pic.twitter.com/FbGEjcq4st

Some Meta Connect 2022 reactions also went on to the extent of snubbing the entire event, as they called it nothing but a hoax alike its predecessors.

I am increasingly skeptical.

We need to keep a close eye on how things unfold for Meta in the coming months to conclude if the Meta Connect 2022 fan reactions indicate (or dictate) the fate of Zuckerberg’s beloved Metaverse. Till then, you can watch Mark Zuckerberg’s hilarious 3D model explaining what’s in store so far as the Metaverse is concerned.