Meta tries to stop its stocks from further dwindling through this signature gadget.

In a quite unusual gala ceremony, where we had Mark Zuckerberg’s 3D model explaining us about the perks of having the new flagship gadget, Meta Quest Pro VR Headset was introduced to the world at the Meta Connect 2022. Meta’s CEO Mark Zuckerberg himself unveiled the unique virtual reality headset, which is claimed to offer a rare audio experience – a blend of real and virtual.

Among the host of 2022 Meta Connect Announcements, the unraveling of Meta Quest Pro VR Headset turned out to be the most significant one. Let’s delve deeper in the Metaverse with this latest tool from Meta to unfold the details and figure out the larger implications associated with it.

In the Quest to Restore Parity

Meta set sail its journey with high-hopes. But neither the stats nor the brand value, speak for it at the moment. Rather, the numbers reflect that Zuckerberg’s dream project has failed to take off in reality and has remained only a virtual thing. In the meantime, Meta has to encounter with an array of controversies. Especially, when MetaX sued Meta for using the very tag ‘Meta’, there were not only sheer shock among the netizens but also trolls. 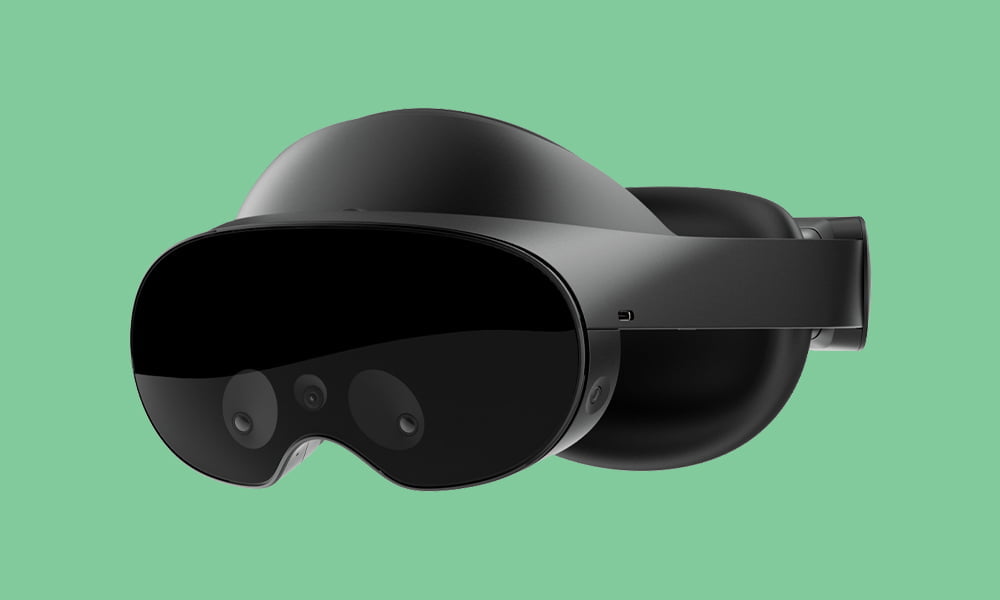 Meta’s stocks which were listed for public offering more than a year ago, has experienced a bearish trend for the last one year. They were priced at $197.26 in October, 2021 and come October, 2022, they have plunged to $128.24. There’s no doubt about the fact that this phenomenon raises the alarm bells and calls for prompt action. With the shares dwindling like a house of cards since February, 2022, Zuckerberg and co. were left no other option but to play the ace if they had one up their sleeves. And this ace turned out to be none other than Meta Quest Pro VR Headset. However, going by the Meta Connect 2022 fan reactions, the repercussions of this what is believed to be an extremely smart move on the part of Meta, have been mixed so far. Though Meta tried to stun the audience, their potential customers, with ‘cool’, ‘trendy’ stuffs like Mark Zuckerberg’s 3D model, it has been subjected to lots of trolling already, with memes coming out on this at the speed of light.

One has to realize that there’s a lot of stake for Mark Zuckerberg so far as his dream project Meta is concerned. We must note that his net worth has fallen by $71 billion this year, something which critics and experts believe has seriously to do with the continuous downfall of Meta stocks. In such a scenario, the star entrepreneur is seemed to have struck gold with Meta Quest Pro VR Headset as he desperately tries to revamp his fortune along with Meta’s.

Unlock the Quest to VR

Meta Quest Pro VR Headset has so much to offer apart from its stunning look, gorgeous design and strikingly brilliant appearance. Despite the mixed reactions of Meta Connect 2022, people are already checking out for the Meta Quest Pro availability and that too in high numbers. The Meta Quest Pro release date is October 25, 2022, after which the hi-tech gadget will get started with the shipping for the pre-orders. However, Meta Quest Pro price appears to be a bit steep as it comes with a $1,500-price tag. But Meta claims that the Meta Quest Pro features which include outward-facing cameras enabled to capture a 3D livestream, new passthrough technology and tracking sensors for fully immersive virtual reality, justify its seemingly-high price tag.