Here’s a quick Metaverse app review that covers everything under the sun, from features and the newly launched Horizon worlds to its comparisons to Minecraft.

In October 2021, Facebook’s founder, as we all know, Mark Zuckerberg, announced his company would have a new name, Meta. Everyone understood that the company would be channeling its resources to build a virtual world—the Metaverse.

What does this mean for Facebook users, businesses, and developers? Well, quite a lot, you’d agree. With the first metaverse app now available for just a little fraction of the world, one thing is certain: Zuckerberg and his company have a long way to go to make it work.

What is The Metaverse?

Metaverse is a collective virtual shared space created by the convergence of virtually enhanced physical reality and physically persistent virtual space. The word Metaverse is a portmanteau of the prefix “meta” (meaning “beyond”) and “universe” and is typically used to describe the concept of a future iteration of the internet, made up of persistent, shared, 3D virtual spaces linked into a perceived virtual universe. 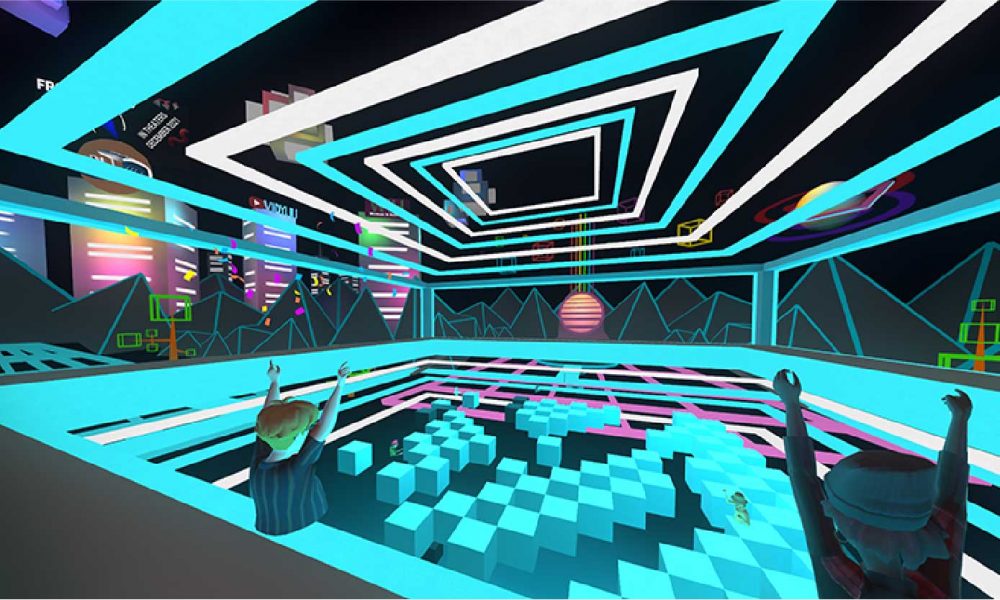 Meta launched Horizon Worlds as an invite-only beta to give early testers a taste of the virtual world.

The first metaverse app, which to many people looks like a Minecraft rip-off, is only available to users in Canada and the United States. No joy for you if you are not in that part of the world!

Horizon worlds give users a glimpse of what to expect from the social media giant in no distant time. While the app is available for free, we can’t say how long. Plus you have to be 18 and above to use it.

Here is the kicker: You need the Oculus Quest 2 because the game will no longer function on the Quest 1 after January 13, 2022.

Horizon worlds have been around months before the official announcement of the company’s name change. The thing is, last August, Meta launched Horizon Worlds as an invite-only beta to give early testers a taste of the virtual world and even develop new things using tools supplied by the company. However, the game is the exact opposite of what many expected.  It is in fact, a Minecraft rip-off.

Like most games, the trailers are always stunning, and not all live up to expectations. The same thing applies here with Horizon Worlds. The real-life gameplay doesn’t really look like something an 18-year-old would like to spend time on. The experience was also described by numerous Reddit posts as underwhelming.

What’s In There For Developers?

It won’t be warm-hearted to give up on Metaverse just yet. After all, it just started and boasting just a few apps. Additionally, something interesting is already gathering momentum. With a $10 million creator fund,’ it looks like the ‘metaverse’ idea has received some serious financial backing, and interest in the concept seems to be growing. If we’re really lucky, maybe some creative developers will build immersive games for the Metaverse with that money.

What Else Can You Find In The Horizon World?

The fact that the new reality is coming from Facebook implies huge expectations. But all of these would require massive funding and skills from elite developers. Presently, Meta has a laser tag game called Arena Clash. You can play with your friends in Arena Clash, a 3v3 laser tag game from Meta that is now available. Plus, the social media powerhouse also highlighted some existing games and experiences. These include a virtual boat ride called Mark’s Riverboat, Wand & Broom, and an arcade-style battle royal called Pixel Plummet.

The Metaverse is still in its initial stage and will need time to grow into what users want. While the first app is below par, we can trust that Meta has a lot in store for us.

Oculus Quest 2 vs. Rift S - Which one is better?