With the Microsoft-Activision deal, a blizzard of games is set to arrive on the Xbox Game Pass.

One of the biggest deals in entertainment history, this will catapult Microsoft into one of the largest video game companies in the world. The company believes that the deal will make them the “third-largest gaming company by revenue, behind Tencent and Sony”. 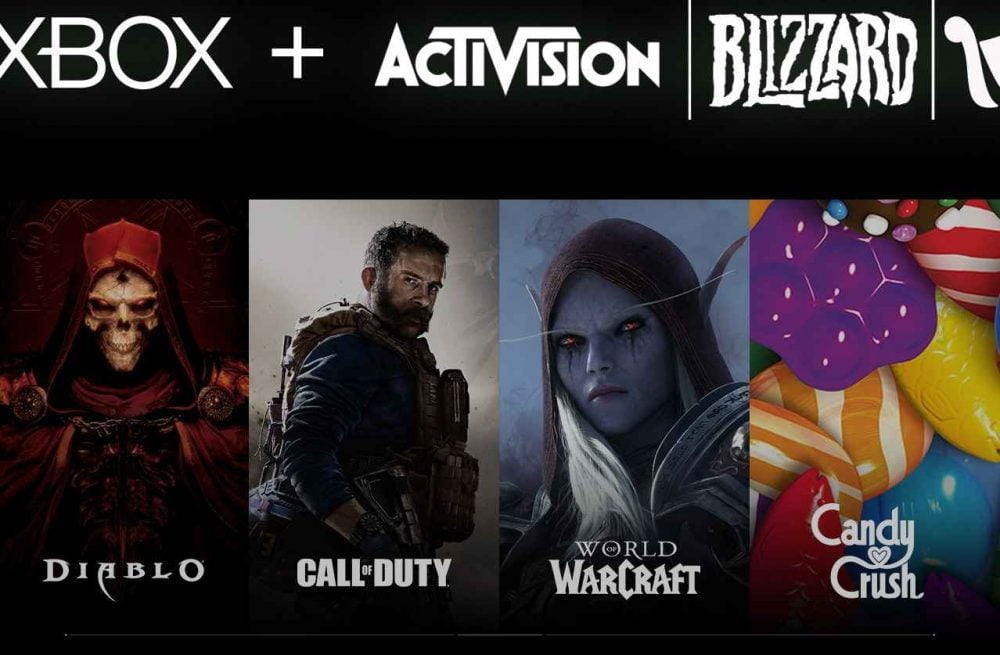 As per recent statistics, there are over 3 billion gamers across the world, and it is one of fastest-growing forms of entertainment. With the onset of Covid-19, the numbers continued to grow, as people sought refuge in gaming as a form of escape and entertainment. More than half the new mobile gamers surveyed mentioned that they will continue playing, even after the pandemic. The sense of community they find with fellow-gamers is also a major draw, as they connect with peers on streaming sites like YouTube Gaming, Twitch, and TikTok Live.

The gaming industry has seen some major takeovers starting this January. Grand Theft Auto V maker Take Two recently paid $12.7 billion for mobile social game publisher Zynga. The acquisition solidified Take Two’s position in the gaming world as the hardcore video game maker will now be able to make headway into mobile social games. Mobile gaming is one of the fastest growing segments, with an annual compound rate of growth of 8 percent expected over the next three years.

For the uninitiated, Activision is the parent company of Activision Blizzard, a video game company based in California. Microsoft bought the Activision franchise at $95.00 per share.

Microsoft’s acquisition will help it make headway into creating immersive virtual worlds and go toe to toe with companies like Meta, formerly known as Facebook. This deal will accelerate the tech company’s growth in the gaming business across mobile, PC, console, and cloud.

According to Microsoft CEO Satya Nadella, “Gaming is the most dynamic and exciting category in entertainment across all platforms today and will play a key role in the development of metaverse platforms. We’re investing deeply in world-class content, community and the cloud to usher in a new era of gaming that puts players and creators first and makes gaming safe, inclusive and accessible to all.”

Close on the heels of the Zynga deal, Microsoft has now acquired Activision in a move that will consolidate its position. Also, Activision Blizzard’s mobile business will help Microsoft capitalize on this booming sector.

Further, gamers will have access to the Activision games catalog within the Xbox Game Pass and PC Game Pass. The company announced that Game Pass now has over 25 million subscribers. The Microsoft-Activision deal will help them add more gamers as Microsoft continues to acquire studios in a bid to expand their subscriber base.

Phil Spencer’s words to the gaming community give us a clear view of Microsoft’s vision and mission with regard to gaming. “Together we will build a future where people can play the games they want, virtually anywhere they want.” And with the acquisition of Activision, Microsoft seems to be heading the right way in building an open, inclusive community of gamers.