Following in the footsteps of Apple revealing iOS 12 at WWDC 2018, Microsoft elaborated on its vision of computing in light of intelligent era at Computex 2018, Taipei on Tuesday. It launched a new device category, Windows Collaboration Displays, introduced a new service called Windows 10 IoT Core Services and showcased new partner computers.

Microsoft shared a series of steps taken to harvest opportunities for device partners in the era of intelligent edge and intelligent cloud at Computex 2018. Embarking CEO Satya Nadella’s vision, the company facilitates an open platform for partners to collaborate for technological innovations and shared business goals.

“The opportunity to leverage artificial intelligence (AI), ubiquitous computing and Microsoft 365 multi-device and multi-sense experiences have never been greater. Together we can create new, compelling devices and experiences in the era of the intelligent edge and intelligent cloud,” posted Nick Parker, Microsoft corporate vice president of Consumer and Device Sales on the company’s blog.

Microsoft introduced a new category of teamwork devices –Windows Collaboration Displays. Dubbed as a third-party version Surface Hub, these large-scale screens will behave as interactive boards during meetings. These room-sized devices are pre-installed with Microsoft 365 Suite – Office, Team and Whiteboard, and can connect to Azure IoT spatial intelligence capabilities. Sharp and Avocor will launch a range of Windows Collaboration Displays later this year.

Windows 10 IoT Core is an edition of Windows 10 designed specifically for the Internet of Things (IoT) devices. Microsoft declared to offer a new service for the same IoT operating platform.  Windows 10 IoT Core service will enable partners the ability to manage updates for the OS, apps, settings and OEM-specific files. It will be a paid service with 10 years of support.

Currently, limited information is available about this service. Microsoft will release more updates on the same later in July. 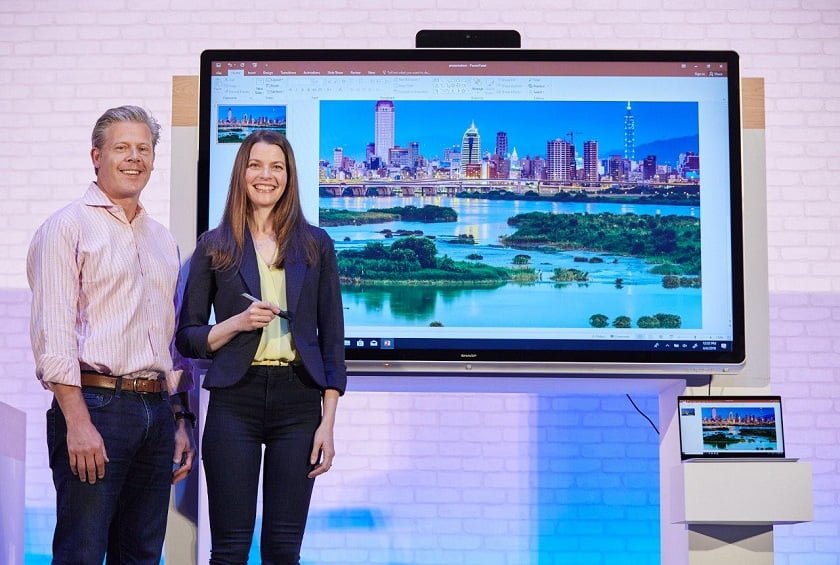 Nadella full-heartedly believes that the future is driven by ubiquitous computing, artificial intelligence, and multi-sense, multi-device experiences. People will experience digital technology at home, in a car, at the workspace, and in overall lifestyle.

Microsoft’s own cloud, Azure is being built as the world’s largest computer with cloud services from 50 regions of the world. It has lined-up multiple cloud offerings such as Azure Stack, an extension of Azure, is a hybrid cloud platform.

Similarly, Azure IoT is another set of cloud service for IoT solutions. The Azure IoT Edge enables devices on the Edge to operate on their own and connect only when required; Azure Sphere is a new solution devised to secure the 9 billion microcontroller unit (MCU)-powered devices built annually.

Heading to such era, it becomes imperative for tech companies to build trust among the digital ecosystem encompassing technologies, devices, and services.